My friend, Chrissy, and I met for a late lunch at Murphy’s Restaurant today. 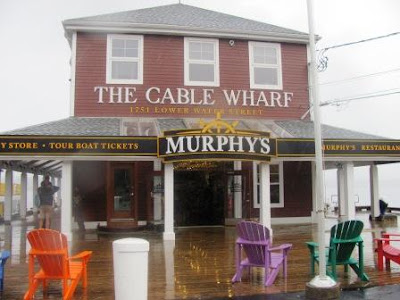 She and I went to high school and university together. Here Chrissy and I ... 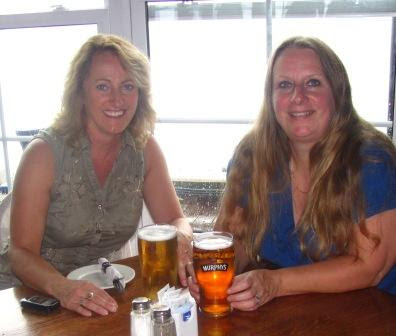 Chrissy lives outside of Sydney and is in town because her dad recently had heart surgery and is in a hospital here.

Murphy's focus seems to be on seafood. The restaurant was packed when we arrived.

Chrissy had pan fried haddock with rice and veggies. She said it was good. 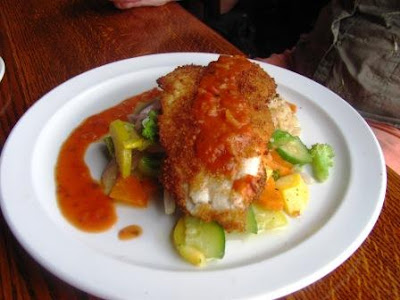 I'm not a big fan of seafood. I felt snacky so had nachos. They were okay ... there could have been a bit more cheese spread around. 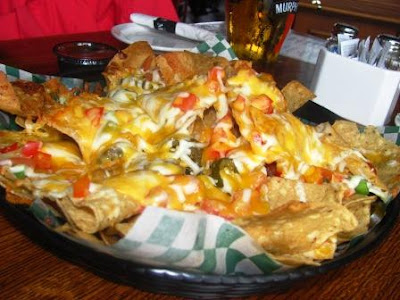 We were sitting and yakking when two of my co-workers from our Montreal office, Sophie and Helene, came in. Surprise! They are in town for the same conference I am (Monday to Wednesday) and had just arrived in Halifax. They had dropped off their bags and headed towards the water for a late lunch and a boat cruise (even though it was raining). 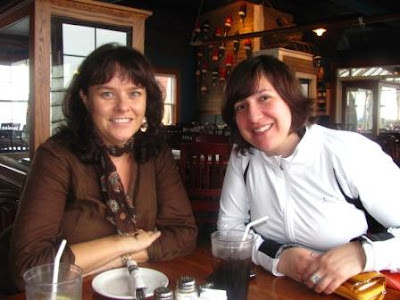 Sophie and Helene were going on the Mar. They were at the front of the boat ... can you see them? 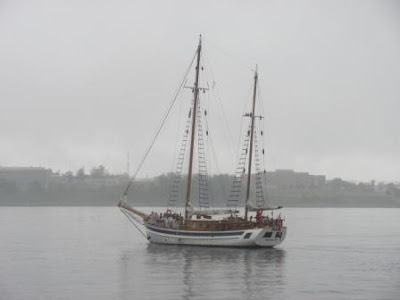 Dean, Chrissy's husband, drove up from Sydney for the weekend and met us at the restaurant. It's been many years since I've seen Dean. 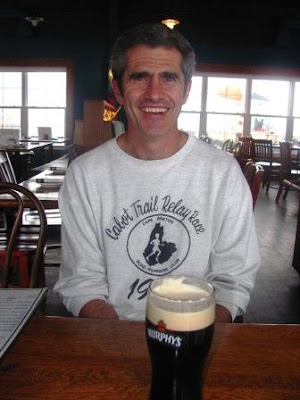 Our server, Ben, took good care of us. 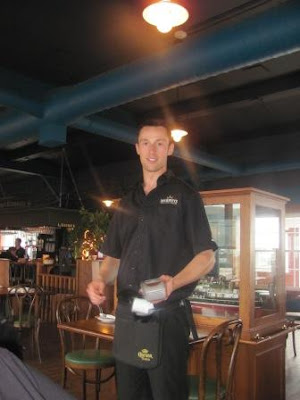 Dean and Chrissy left to head to the hospital to spend some time with her dad and her family who are there. 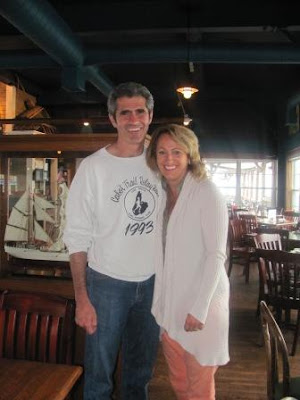 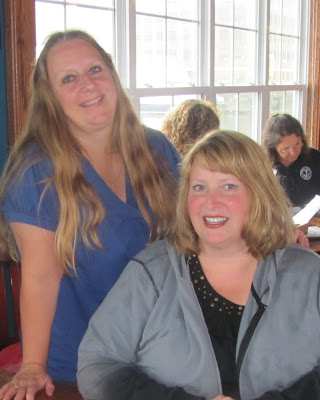 You can get fresh lobster at Murphy's. 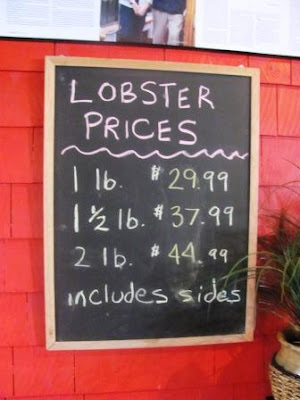 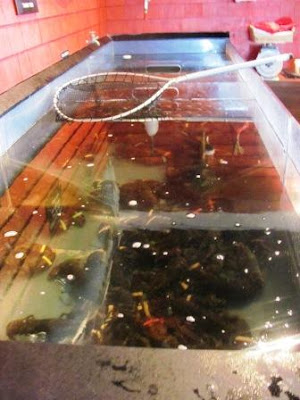 Murphy's is a cute restaurant right on the water. It would be a good place to have a drink and a bite to eat on on a summer afternoon.

By Teena in Toronto at 4:15 pm
Email ThisBlogThis!Share to TwitterShare to FacebookShare to Pinterest
Label(s): Murphy’s Cable Wharf Halifax NS