Gord and I left Antigonish this morning and headed to Sydney, Cape Breton.

It's usually a 2.5 hour drive but we stopped here and there and it took about five hours (we weren't in any hurry).

Our first stop was just before the Canso Causeway. It crosses the Strait of Canso, connecting Cape Breton Island by road to the Nova Scotia peninsula. 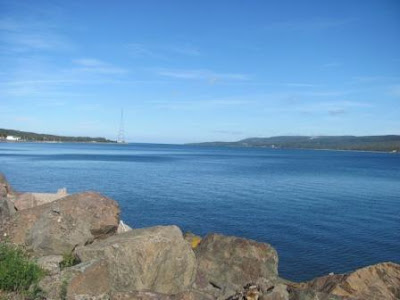 There's the causeway in the distance. 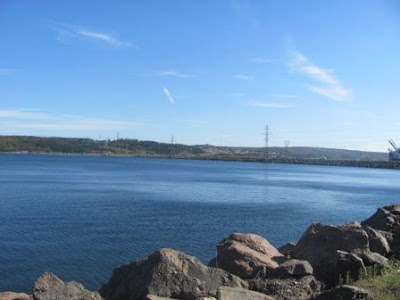 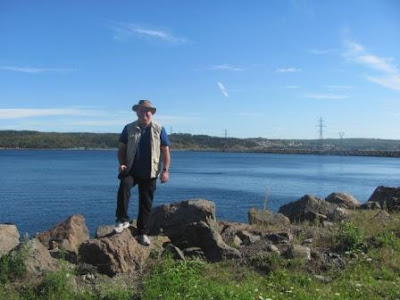 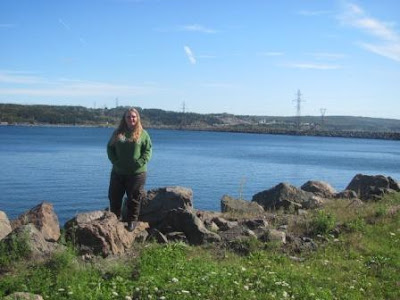 As we are going over it ... welcome to Cape Breton! 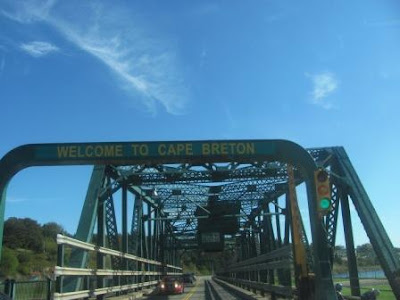 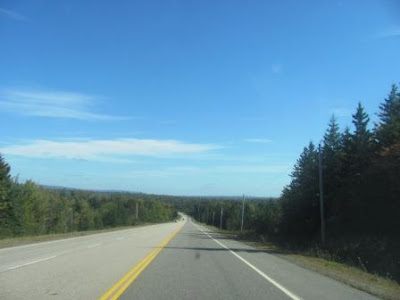 The views by Waycobah First Nation were so nice so we stopped for a bit. 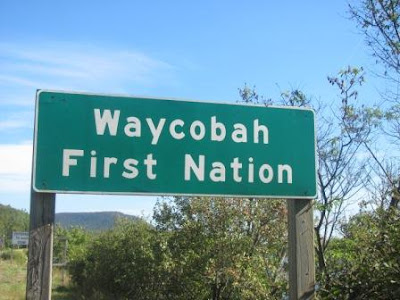 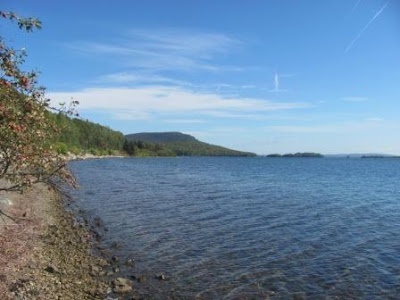 We stopped when we got to Baddeck. 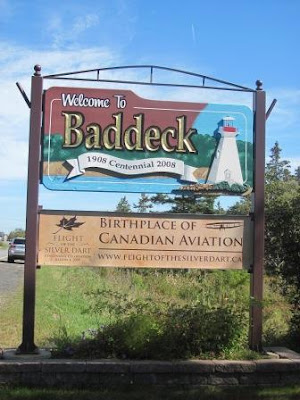 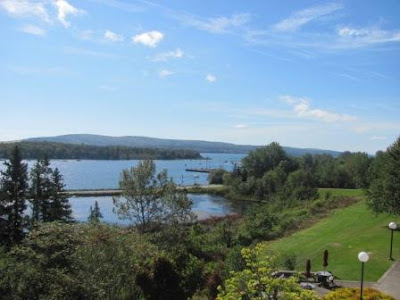 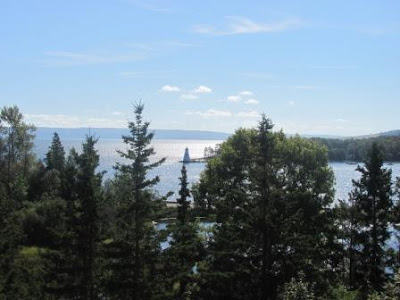 We had to drive up Kelly's Mountain. We stopped at the St. Ann's Lookoff. 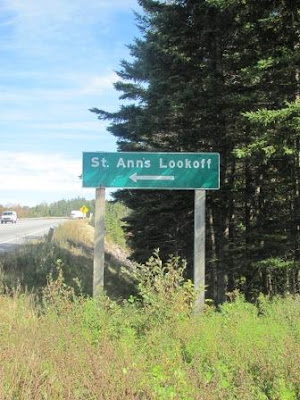 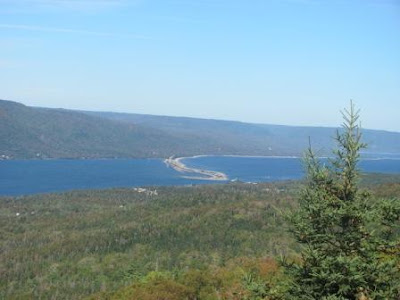 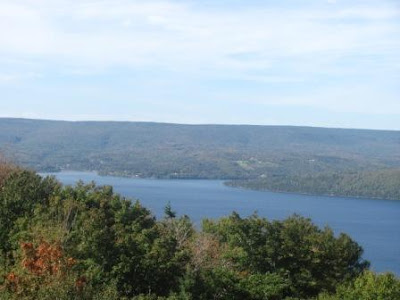 We got to the top and headed back down the other side. 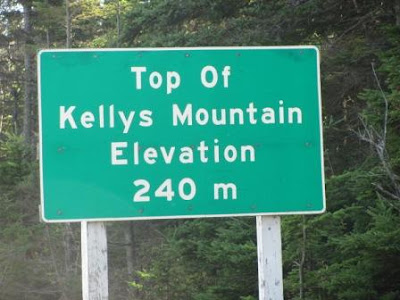 We stopped at Bras d'Or Lookoff. 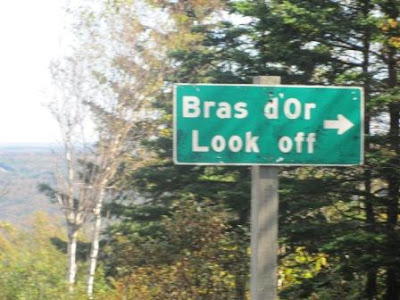 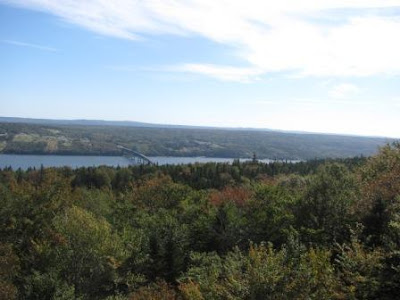 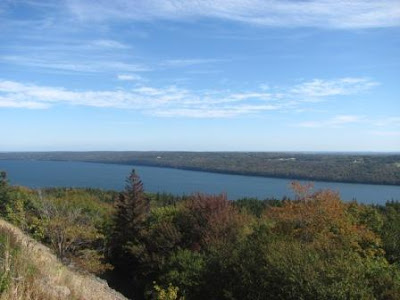 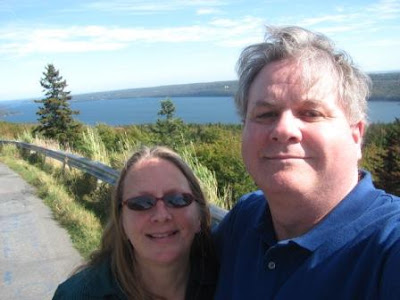 We stopped for lunch at A & K Lick-a-Chick in Bras d'Or.

We got to Sydney about 3pm. 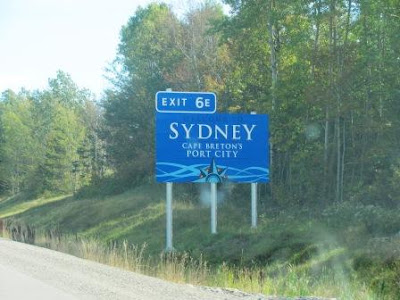 I had spent my high school years just outside Sydney in Sydney River. I haven't really been back since I left in 1983.

I gave Gord the grand tour before we checked into our hotel.
By Teena in Toronto at 4:20 pm
Email ThisBlogThis!Share to TwitterShare to FacebookShare to Pinterest
Label(s): Cape Breton 2011