This evening Gord and I saw Priscilla Queen of the Desert ... I love the movie and have see the musical a few times.

Based on the Oscar-winning movie, "Priscilla" is the hilarious adventure of three friends who hop aboard a battered old bus bound for the Outback to put on the show of a lifetime. Their epic journey is a heart-warming story of self-discovery, sassiness and acceptance.

This smash-hit show features a dazzling array of stunning costumes, fabulous feathers and a non-stop parade of dance-floor classics including "It's Raining Men", "Hot Stuff", "I Will Survive", "I Love the Nightlife", "Finally" and many more!

It recently opened and is playing until November 3.  Though it's a Lower Ossington Theatre production, it is at the Randolph Theatre. 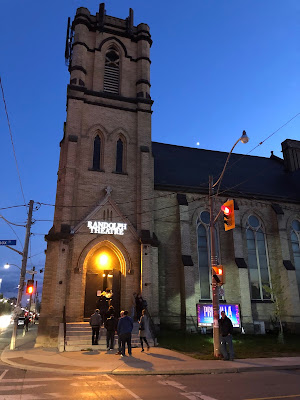 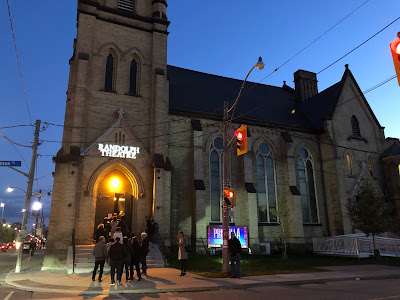 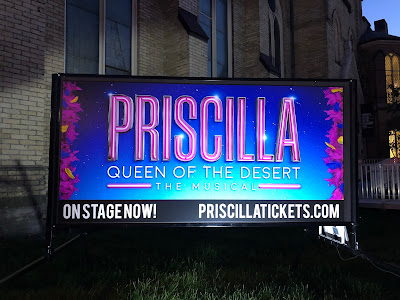 It's the first time I've seen a play there ... it's a cool theatre.  Our seats were in the middle of the first row in the balcony. 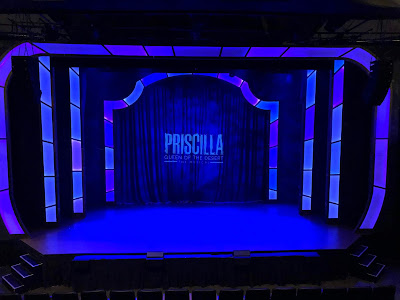 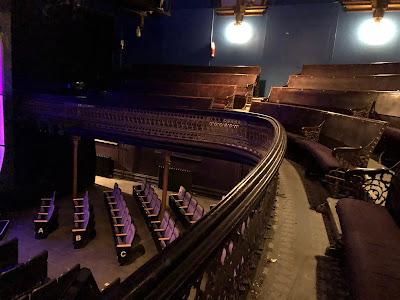 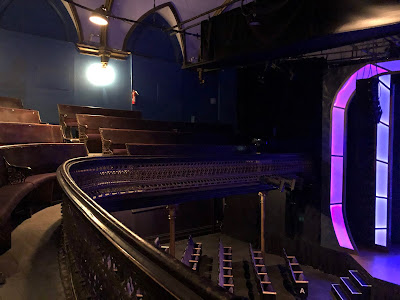 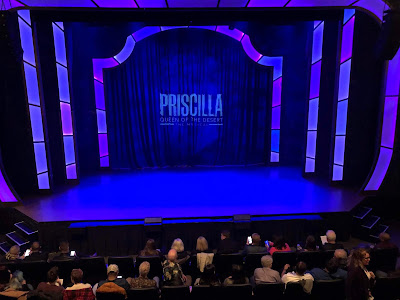 Priscilla was fun and lively and a good time.  The actors were good and I knew all the tunes (so sang along in my head!).  I was wondering how they were going to fit Priscilla on the stage and they were creative with the set.  My only complaint was the sound.  I had no problems hearing the words when they were singing.  But when the actors were talking, the volume could have been higher, especially since they were speaking in Australian accents, which at times, make it even trickier to hear/understand what they were saying.

Afterwards, on our way back from the bathroom, some of the actors came out to hugs and chatting with well-wishers. 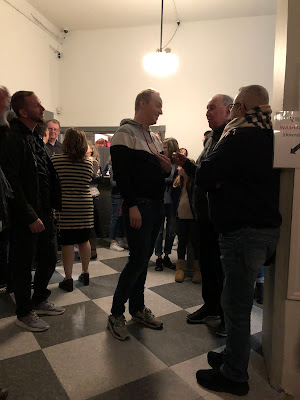 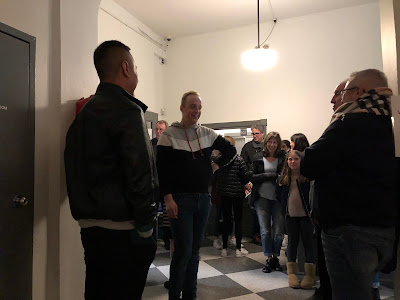 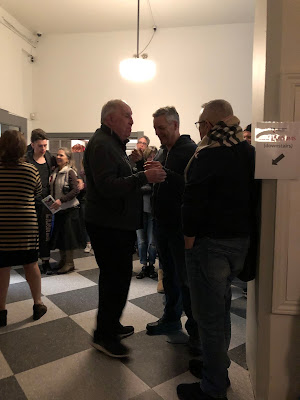