After seeing Priscilla Queen of the Desert, Gord and I stopped in at Northwood (Bloor Street W/Crawford Street) on our way home for a drink and a snack. 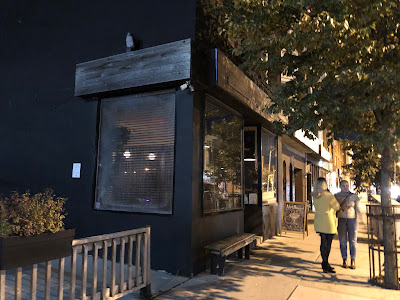 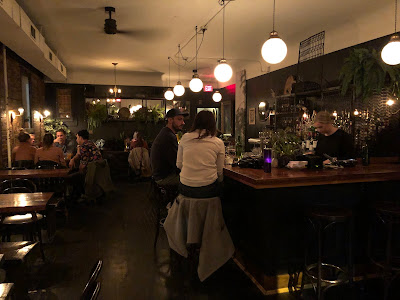 It's a small cute spot.  They have a good beer selection.

I ordered hummus.  Gord ordered German potato salad but they didn't have any so he ordered salt cod.  The hummus was just okay.  There was a layer of olive oil on top of the hummus which was kind of weird so I mixed it in so I could get at with the hummus.  Gord said his salt cod was okay.  We both ordered more bread.  When I followed up with our server about a half hour later, she said the kitchen was closed ... um, thanks for letting us know instead of keeping us waiting!  So we ended up finishing the hummus and salt cod with spoons. 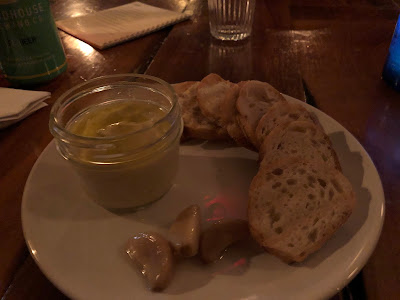 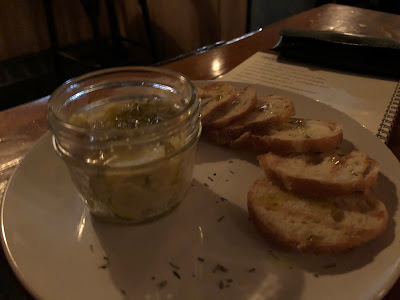 The bathrooms are in the basement and a nasty smell will hit you as you heading down the stairs.

By Teena in Toronto at 11:00 pm
Email ThisBlogThis!Share to TwitterShare to FacebookShare to Pinterest
Label(s): Northwood Toronto ON