"The Flick", Crow’s Theatre, Toronto, ON 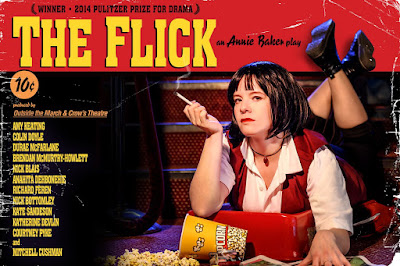 Gord and I saw The Flick this afternoon at Crow's Theatre (on Carlaw Avenue, north of Queen Street E) ... it's the first time we've been to this theatre. 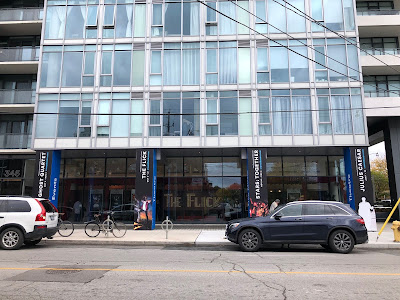 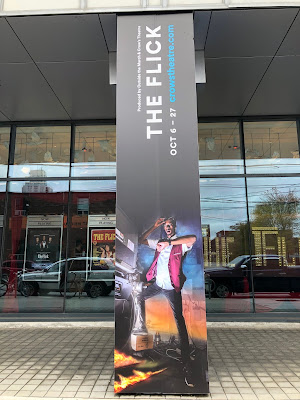 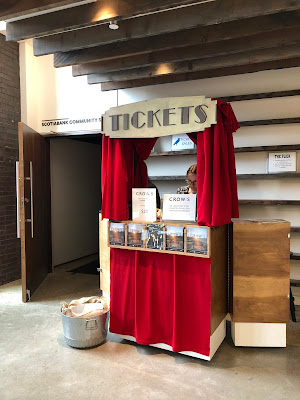 In this Pulitzer Prize-winning masterpiece by Annie Baker, three ushers navigate life making $8.25/hour, as they attend to the last 35mm film projector in town. Hailed by The Guardian as “a love letter to the theatre”, "The Flick" is a hilarious and heart-rending cry for authenticity in a fast-changing world.

The set-up was interesting.  We were seated (general admittance) in seats facing theatre seats. 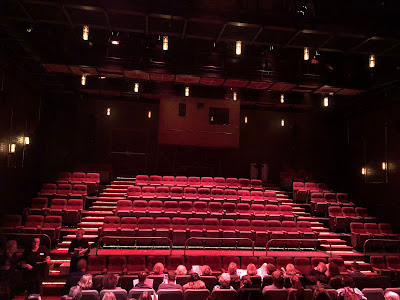 The Flick is set in a rundown movie theatre in and follows three underpaid movie ushers, Avery, Sam and Rose (who also runs the film projector), who sell the movie tickets, sell from the concession stand and clean the theatre.  The play is the conversations as they are cleaning.  The oldest employee is 35-year-old Sam, who still lives at home with his parent.  Rose is promiscuous.  Sam is in love with Rose, who he thinks is gay, though.  Avery is a 20-year-old shy and depressed film aficionado (and the newest employee) who just wants to be friends with Sam.

It's a long play ... it started at 2pm and ended about 5:15pm, with a 15 minute intermission.  There are times when Avery and Sam are just sweeping and cleaning.  The actors did an excellent job in their roles ... it's basically just the three of them interacting.  Though it is long, I was still drawn in.  The seats, though, aren't comfortable ... it's like sitting in your kitchen chair for three hours. 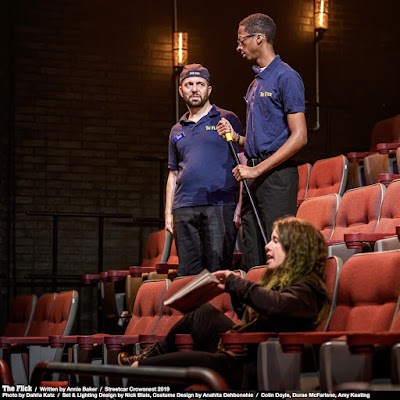 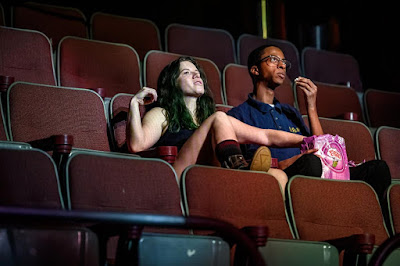