This afternoon Gord and I saw the play A Streetcar Named Desire.

As Blanche’s fragile world crumbles, she turns to her sister for solace - but her downward spiral brings her face to face with a brutal, unforgiving reality. Tennessee Williams’ timeless masterpiece is a raging portrayal of what it means to be an outsider, in a society where we’re all desperate to belong. 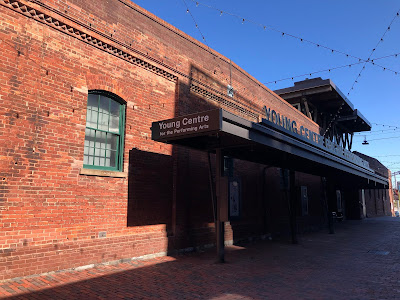 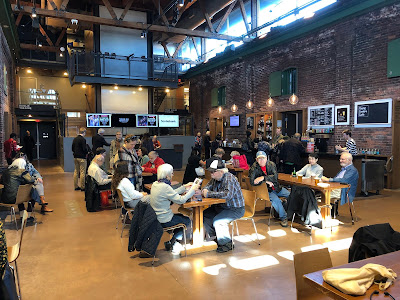 Gord and I had heard of the movie but we had no idea what it was about.

Blanche DuBois has nowhere to go so shows up at her sister, Stella's.  Stella and her husband, Stanley, live in a small apartment and are just getting by.  They don't always get along but they have a lot of passion.  Blanche, a Southern belle, immediately clashes with Stanley, who she thinks is "common".  Blanche starts dating Mitch, Stanley's friend, in the hopes that he will marry her and take care of her. 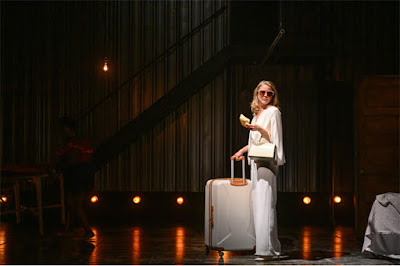 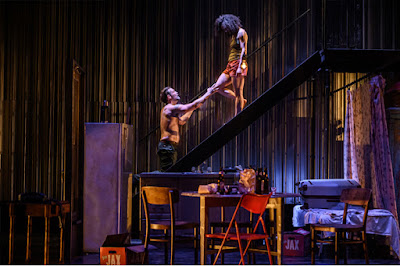 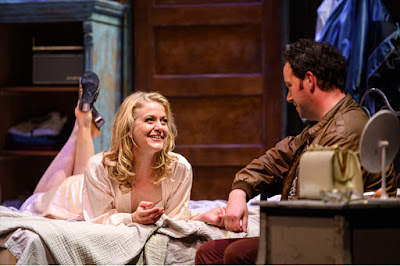 Wow!  What a production!  The story was so interesting and all the actors did such a great job, it was had not to get sucked in.  The play was three hours (plus an intermission) but the time seemed to go by quickly.

We're so glad we saw it and we look forward now to watching the movie.
By Teena in Toronto at 5:00 pm
Email ThisBlogThis!Share to TwitterShare to FacebookShare to Pinterest
Label(s): Live theatre, Live theatre: Soulpepper