Book ~ "The Dog Who Took Me Up a Mountain: How Emme the Australian Terrier Changed My Life When I Needed It Most" (2019) Rick Crandall and Joseph Cosgriff

From Goodreads ~ The uplifting story of two unlikely mountaineers: a man in late middle age and a fearless pint-sized pup who, together, scale Colorado's highest peaks.

By the time life had finished hitting Rick Crandall from all sides, he was at the lowest point of his life, both personally and professionally. Depressed to find himself facing a mid-late-life age crisis and watching his finances crumble as the tech industry bubble burst, he hopes his future isn't headed downhill. It was at this critical juncture in their new marriage that his wife Pamela made an astute and life-changing suggestion: "Let's get a dog."

So begins the story of Emme, a 200-pound Saint Bernard trapped in the body of 5-pound Australian terrier puppy. Soon, Emme and Rick hit the hiking trails around Aspen, Colorado. While she is groomed to be a show dog, it's soon obvious that her heart is in the hills and with Rick, who decides to add more challenging hikes to the mix. Before long, they are scaling Colorado's "fourteeners," peaks with altitudes of over 14,000 feet. On one magical day, Emme climbs to the top of four "fourteeners," a quarter of the sixteen such peaks she will complete during her life without once being carried on a trail or on the rocks on the way to a summit.

In mountaineering Rick realizes he has found - in his late sixties - his life's new passion. This is where Emme has led him - out of the abyss and to the top of the mountain. She was never really walking behind: she was nudging him along until he found his stride. Even after Rick understood the glory of climbing, it was Emme still doing the leading, until Rick learned how to lead himself.

When Crandall was in his mid-fifties, his life changed.  He was burnt out mentally, physically and spiritually.  He had recently gotten divorced, his father had recently passed away and for health reasons he needed to leave Michigan and move some place sunnier.  He met and married Pamela and moved to Colorado to start a new life there.

Pamela was an animal lover and they got Emme, an Australian terrier puppy in 2005.  She was show dog quality but didn't enjoy it.  Her passion, which she shared with Crandall, was hiking.  Together they tackled many "fourteeners", which are peaks with altitudes higher than 14,000 feet.  Emme led the way, pushing Crandall more than he thought possible.

This book details some of the hikes they took and the joy they had together until her death in 2015. 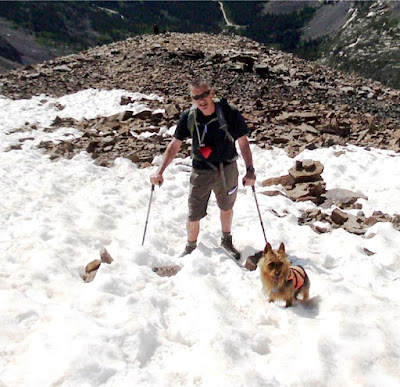 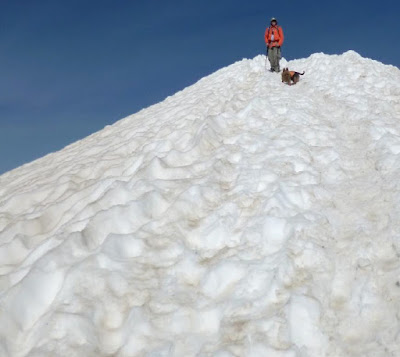 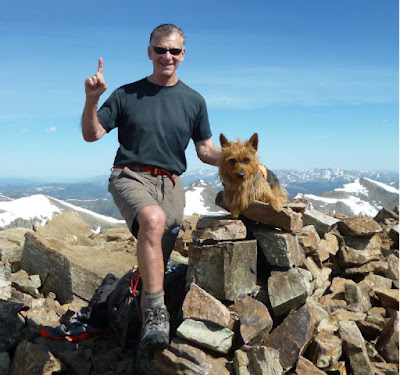