I had supper tonight at the Pump House on Orange Lane.  Their Fire Chief's Red Ale was Gord's beer of the week a few years ago. 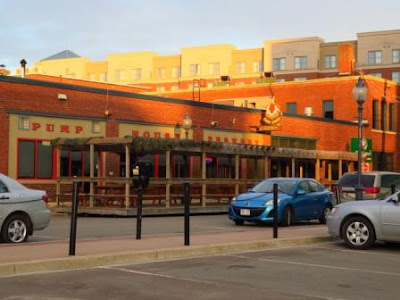 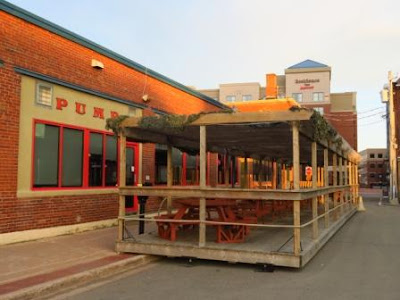 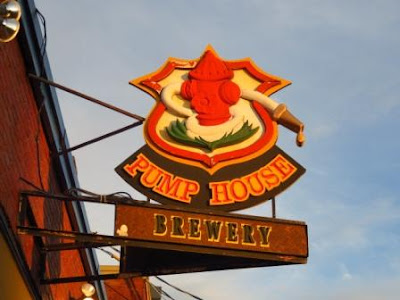 The Pump House Brewery was opened as a brewpub in downtown Moncton in 1999 by Shaun Fraser and his wife, Lilia. They debuted in style on New Year's Eve with the first new beer of the Millennium. The brewpub grew so popular that expansion was necessary. In July 2002, a brewing/bottling plant was built outside the city centre and production began in the same year.

The Pump House made a huge splash during its first appearance at the annual Canadian Brewing Awards in 2005. The brewery captured nine medals in six different categories, included in this were six gold and three bronze. By gaining the first spot in both gold and total tally, Pump House won the coveted title of Canada's "Brewery of the Year". The Awards are currently the only contest in Canada that invites breweries of every size from all parts of the country to compete against each other in a blind tasting and see who truly brews the best in the land. 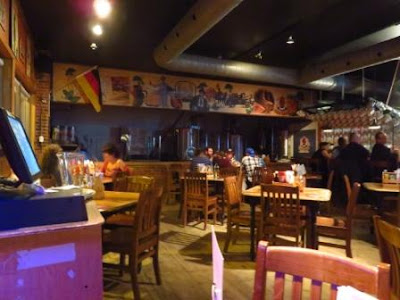 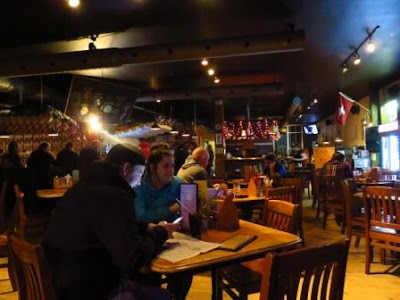 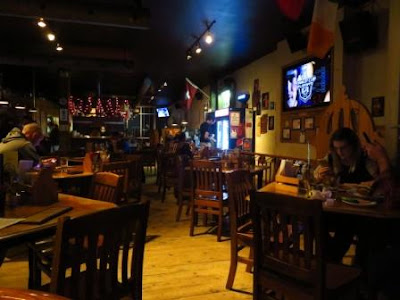 They brew some of their onsite. 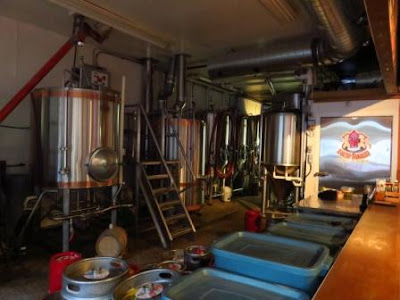 I had couple pints of the Blueberry Ale ... it was good! 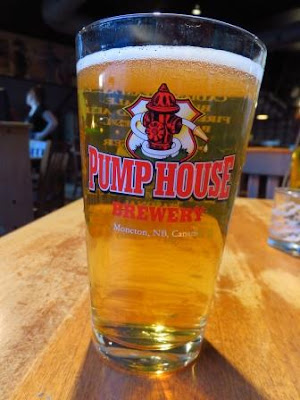 I ordered a Meat Lovers pizza.

It's made in a wood-fired oven. 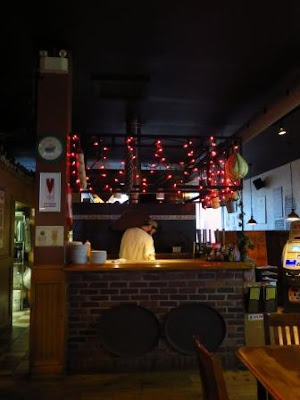 It was a good pizza.  The sauce wasn't too sweet.  There are dipping oils on the tables with herbs ... I especially liked the spicier one. 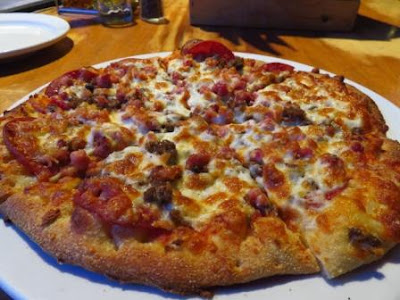 Isabelle was my server.  She was friendly and helpful and took good care of me.

By Teena in Toronto at 8:30 pm
Email ThisBlogThis!Share to TwitterShare to FacebookShare to Pinterest
Label(s): Pump House Brewery and Restaurant Moncton NB