I had lunch today at Cora's on Champlain Street. 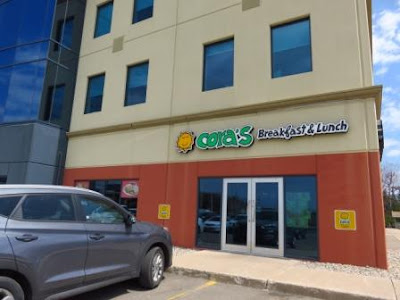 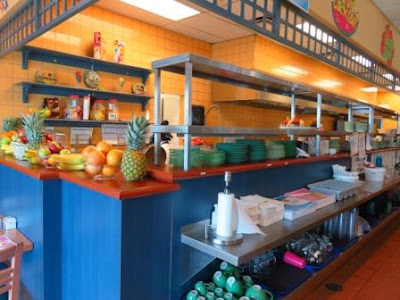 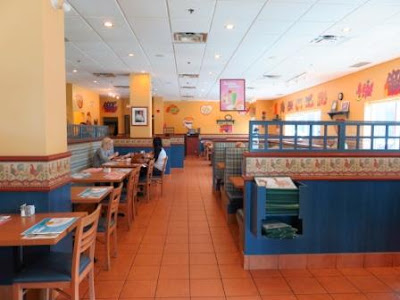 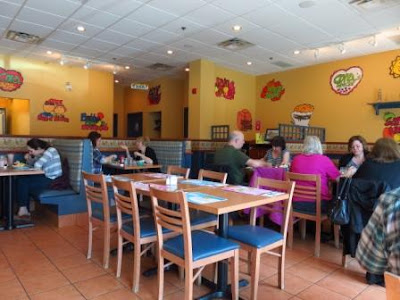 When I was looking at the menu, Blueberry fields jumped out at me so that's what I ordered. It's been a while since I've had pancakes. This was really good. The pancakes were hot and soft, the blueberries were tasty and the cream was light and sweet. I'd ordered the large size. When they arrived, I wondered if I'd been given the small order instead but saw that I was being charged for the large version. I think the "large" portion would have been bigger. I'd get them again. 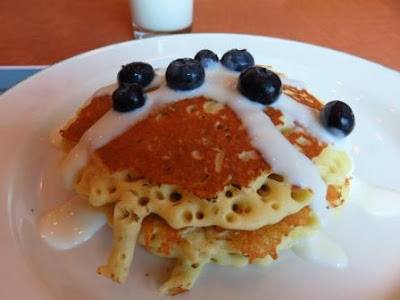 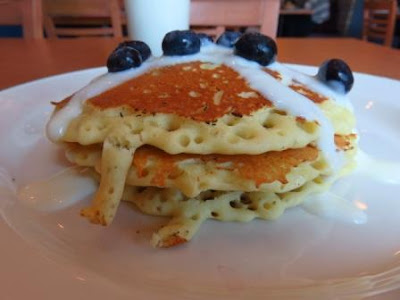 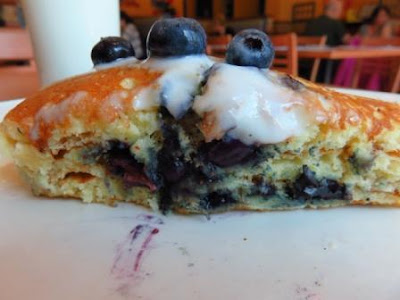 Jessica was my server.  She was very friendly and took good care of me.

By Teena in Toronto at 12:00 pm
Email ThisBlogThis!Share to TwitterShare to FacebookShare to Pinterest
Label(s): Cora Breakfast and Lunch Moncton NB