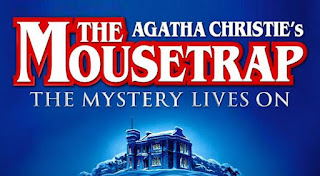 Gord and I saw The Mousetrap this evening.

The scene is set when a group of people gathered in a country house cut off by the snow discover, to their horror, that there is a murderer in their midst! Who can it be?

One by one the suspicious characters reveal their sordid pasts until at the last, nerve-shredding moment the identity and the motive are finally revealed.

In her own inimitable style, Dame Agatha Christie has created an atmosphere of shuddering suspense and a brilliantly intricate plot where murder lurks around every corner!

It is playing at the Lower Ossington Theatre, which is in our 'hood. 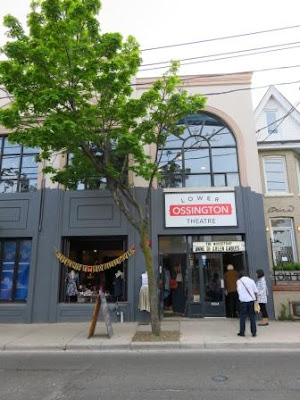 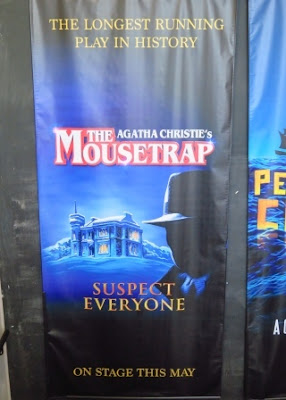 The Mousetrap is a murder mystery play by Agatha Christie. It opened in London in 1952 and has been running continuously since then ... it is the longest initial run of any play in history.  The play is known for its twist ending, which the audience are asked not to reveal after leaving the theatre ... that happened tonight.

This is the fifth play we've see at the Lower Ossington Theatre and like the others, it didn't disappoint.  The actors did a good job in their roles.  Lauren Saunders was especially chilly in her role as Miss Casewell ... she had quite the glare.  The actor who plays Mr. Paravicini had suddenly taken ill and another actor was called in to take his place.  Though  he hadn't had a chance to rehearse and read his lines from a binder, he did an excellent job filling in and the audience gave him some extra applause.
By Teena in Toronto at 10:00 pm
Email ThisBlogThis!Share to TwitterShare to FacebookShare to Pinterest
Label(s): Live theatre, Live theatre: Lower Ossington Theatre