I woke up this morning to sun and 27C (but felt like 28C).  It was supposed to be 29C (but feel like 34C) this afternoon with an 80% chance of rain and a risk of thunderstorms ... but the rain and thunder never came.  Yay!  Looking at the clouds, though, I was concerned. 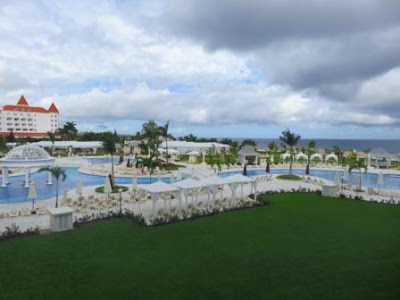 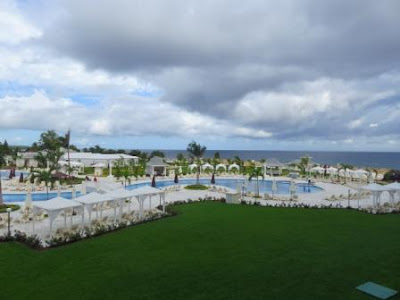 The dark clouds disappeared and the sun stayed out.  I managed to find a chaise and umbrella by the pool and that's where I parked myself ... not a bad way to spend the morning. 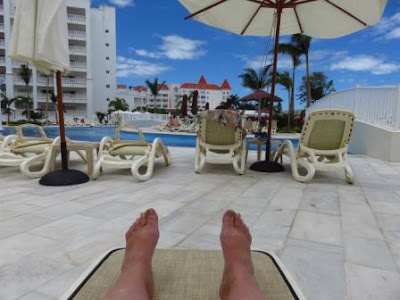 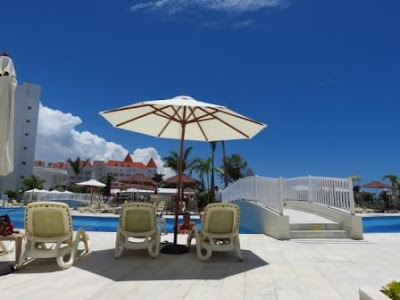 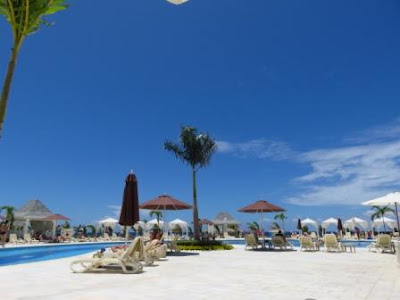 I went to the small buffet restaurant for lunch. 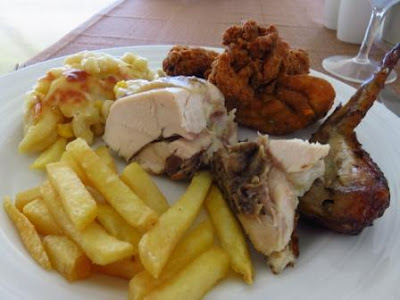 After lunch, I checked out our beach for a few minutes.  The water was nice. 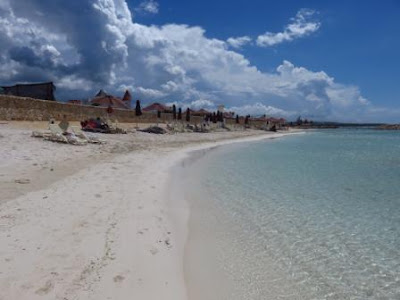 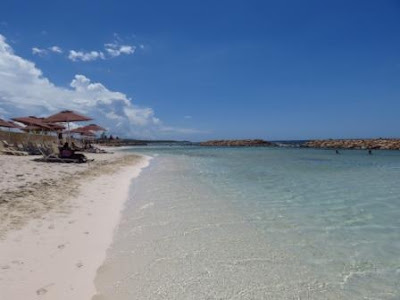 I went back to the pool and that's where Sister Sarah found me later on (she'd spent the day at the bigger beach).  We spent a long time in the pool ... and then Karen, who is also from Canada who we met this week, hung out with us for a while.

When the sun started going down, Sister Sarah and I headed to the beach to watch our last sunset. 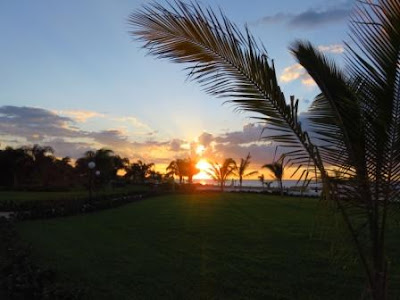 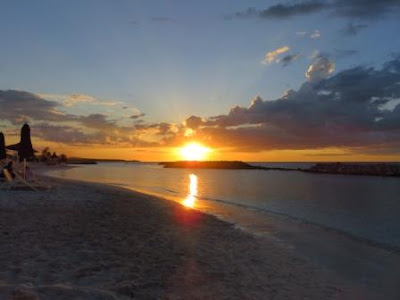 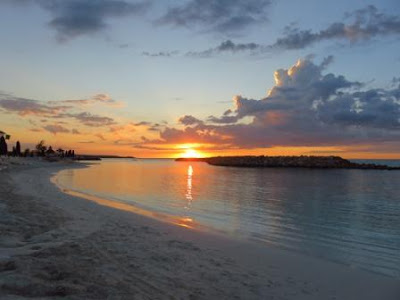 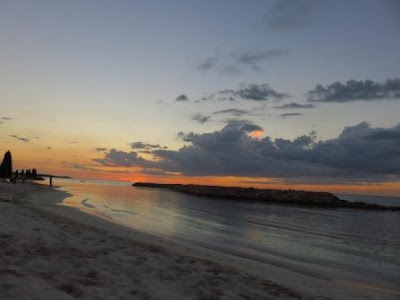 We'd had dinner reservations at the Brazilian restaurant for 8pm but were running late because we spent so much time on the beach watching the sunset ... but it was worth it.  Instead we went to the large buffet restaurant ... the theme was "Mexican". 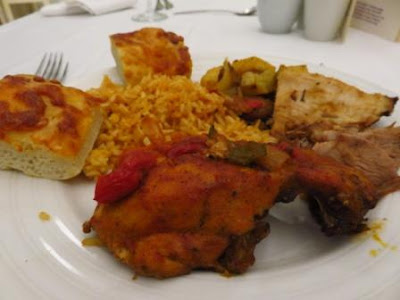 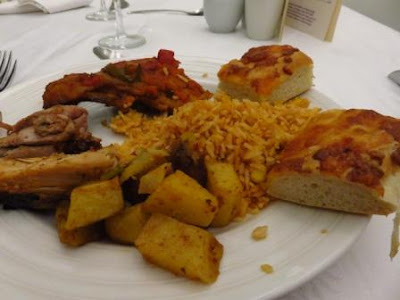 We made it an early night because we're leaving tomorrow.  Gotta pack!  The shuttle is picking us up at 9:15am to head to the airport and then head home.
By Teena in Toronto at 11:00 pm
Email ThisBlogThis!Share to TwitterShare to FacebookShare to Pinterest
Label(s): Jamaica - 2016