I had lunch today at Pizza Delight on rue Champlain. In the Maritimes, Pizza Delight is everywhere ... there are none in Toronto. 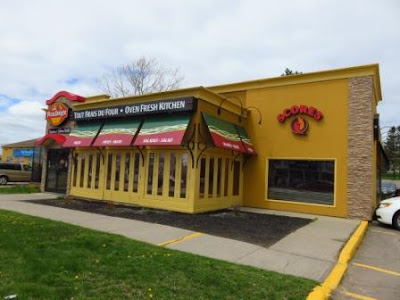 You can get take-out or eat in. 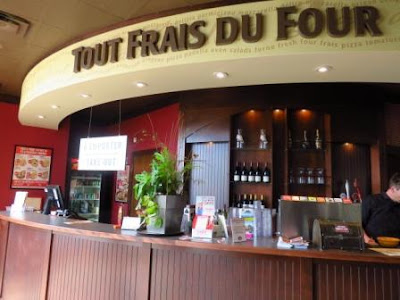 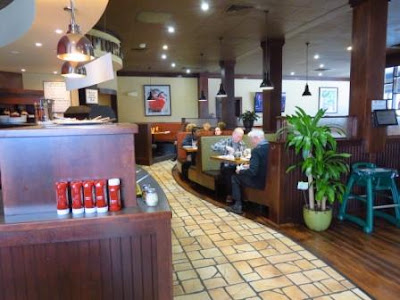 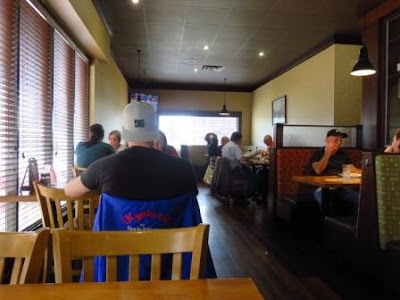 Though there was a buffet for $12, I ordered a 9 inch pizza with pepperoni, bacon, tomatoes and extra cheese.  It could have used another few minutes in the oven as it wasn't quite done.  About halfway through I realized that there was no pepperoni.  When I got the bill, I saw they had charged me for it.  When I brought it to my server's attention, she didn't think it was a big deal but deducted the cost of the pepperoni from the bill ($1.20). 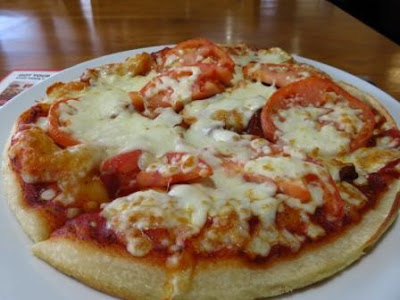 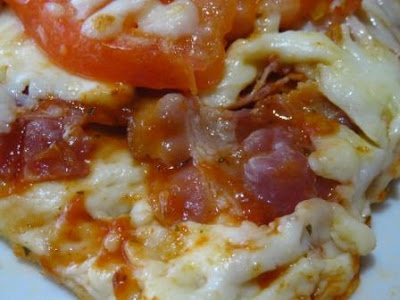 I felt like something sweet so ordered the Classic Brownie Skillet which was advertised on the placemats.  Mine looked nothing like the picture ... if I was the server, I would have been embarrassed to serve it.  Plus it was overdone and burnt.  A couple bites was enough. 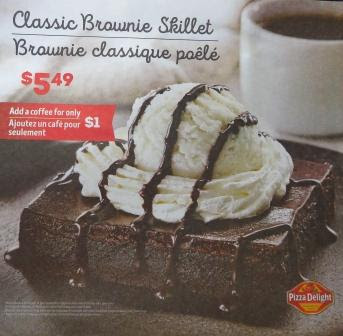 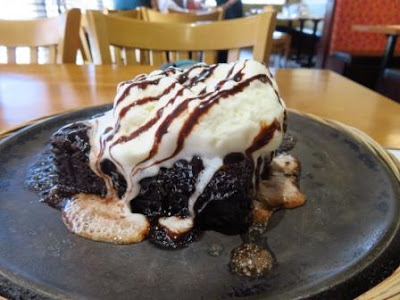 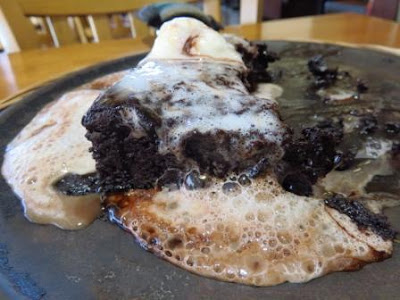 So underdone pizza with no pepperoni and overdone dessert = big time fail!

By Teena in Toronto at 1:00 pm
Email ThisBlogThis!Share to TwitterShare to FacebookShare to Pinterest
Label(s): Pizza Delight Moncton NB