I woke up to sun and 29C (but felt like 33C). It was supposed to be 31C (but feel like 37C) with the risk of a thunderstorm in the afternoon (thankfully the thunderstorm never came).

I attended the 9:30am orientation meeting and then headed to the beach, where I found Sister Sarah.  This resort has a lot of beach so we walked along it, stopping at the different sections for a swim. 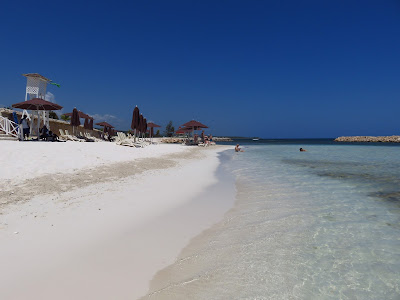 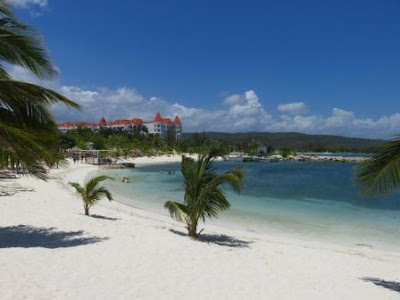 There's Sister Sarah in the water. 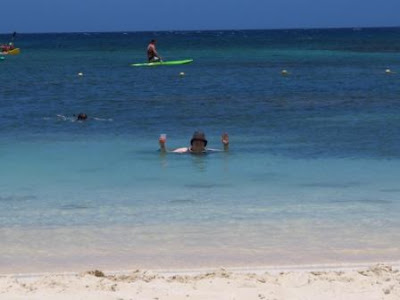 A fella named Smokie Joe started talking to her.  He tried to sell her some weed (she said "no") and asked if he could help him find a Canadian wife (she couldn't help him with that either). 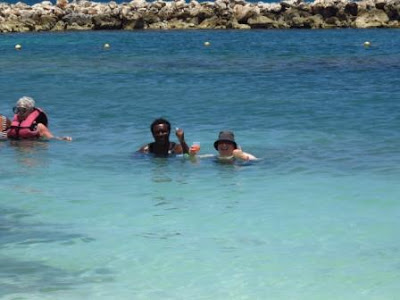 We had lunch at a restaurant by the beach. 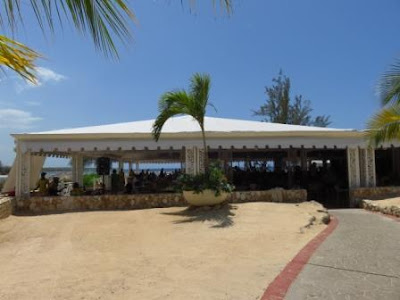 The food, especially the jerk chicken, was good. 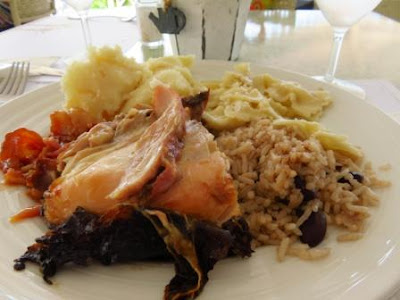 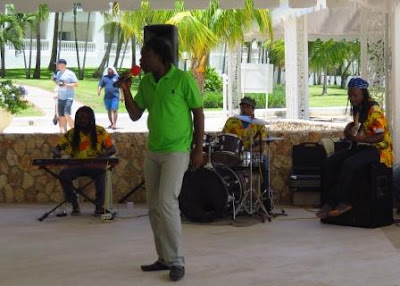 Then we went back to the beach for a while before heading to the pool for a couple hours.

We had supper at the buffet restaurant. 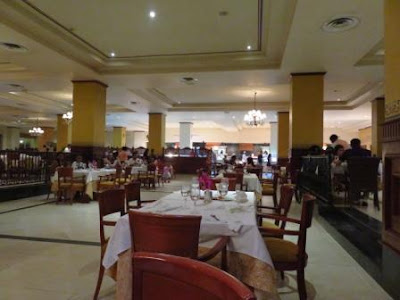 Tonight's theme was "Canadian" food.  Canadian?!  Here is some of the "Canadian" food ... maple wings, turkey, pork, roast beef and some roasted potatoes from the British section.  It was good, though the beef was tough and chewy. 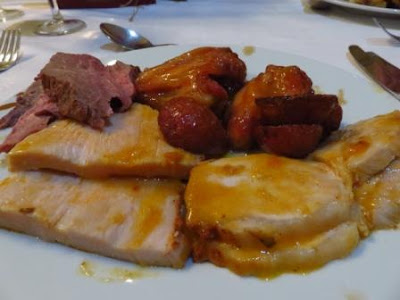 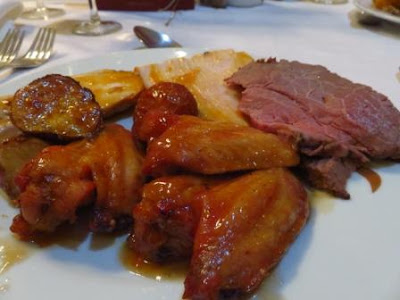 We went to the entertainment square and watched the show 'til it ended at 11pm. 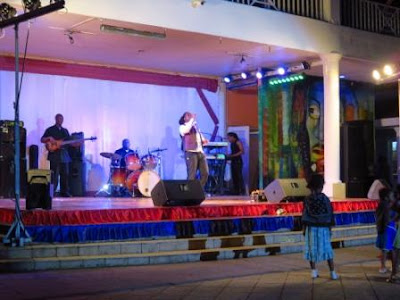 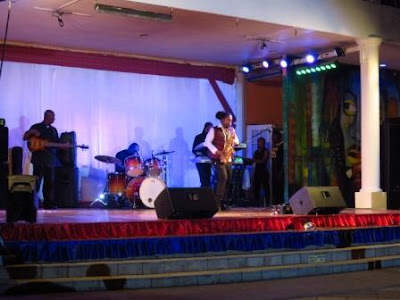 When the show was over, the disco and karaoke bar opened ... we went to the karaoke bar and stayed there 'til it closed at 1pm. 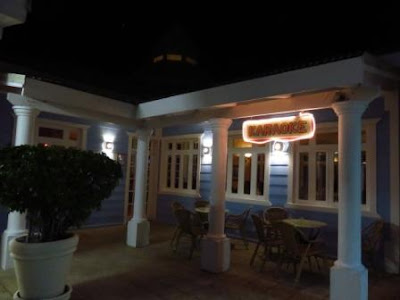 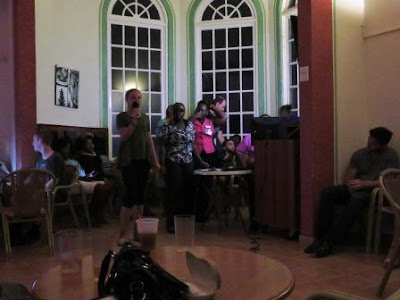 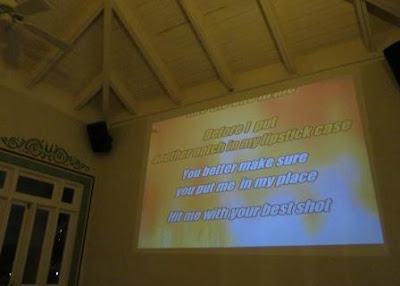 By Teena in Toronto at 11:59 pm
Email ThisBlogThis!Share to TwitterShare to FacebookShare to Pinterest
Label(s): Jamaica - 2016