Gord and I had supper this evening at Jessy's Pizza (on Dundas Street W/Roncesvalles Avenue).

Jessy's Pizza is the largest locally owned pizza franchise operating in Nova Scotia (the first location opened in 1992, a few years after I moved away).  They opened this first location outside of the Maritimes about a couple months ago here in Toronto (this location).  I'd stopped in for a donair a couple weeks ago and felt like having one again. 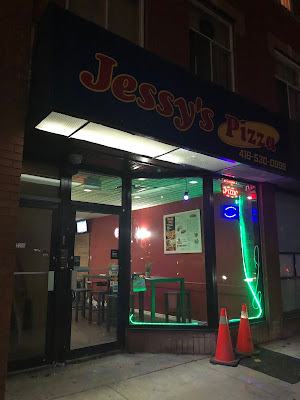 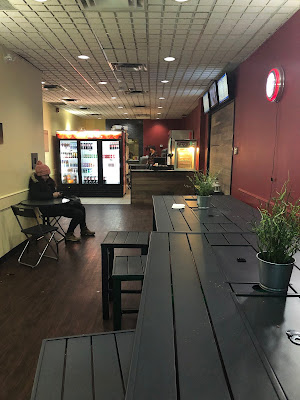 We both got large medium donairs ... mine had meat, tomatoes and donair sauce and Gord's had meat, onions and donair sauce.  I liked that the meat was thickly cut (some places here in Toronto cut it up small and fry it to heat it).  Our donairs were really saucy and messy.  Gord ate his on a plate with a fork (he doesn't like messy food) and left the wrap (there was a lot of meat!).  I ate mine as they are supposed to be eaten ... picked up like a sandwich.  My hands and face were full of sauce but I enjoyed my donair ... needless to say I used a lot of napkins!  The large donair is quite large and I'd stick with a medium one next time. 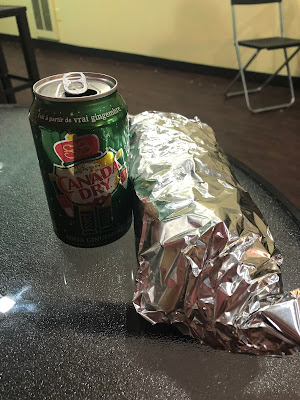 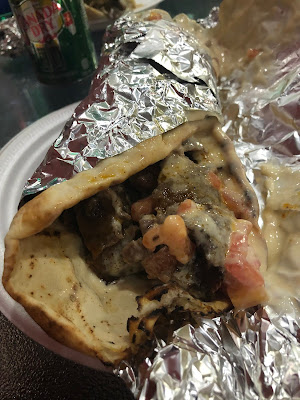 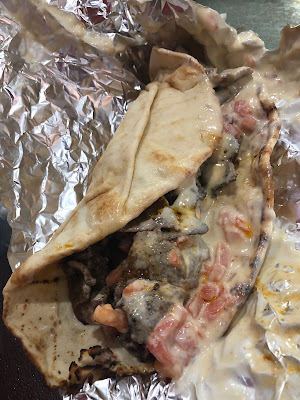 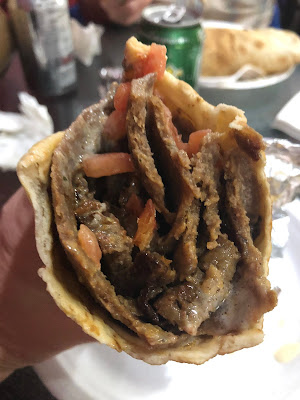 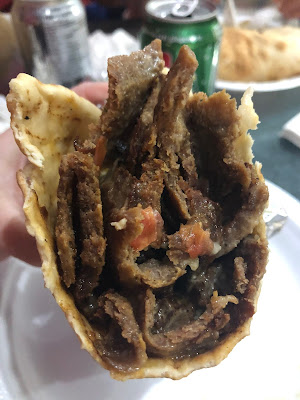 By Teena in Toronto at 6:00 pm
Email ThisBlogThis!Share to TwitterShare to FacebookShare to Pinterest
Label(s): Jessy's Pizza Toronto ON

Yum! Have not had a proper donair since university in Halifax. Lucky you.