I went to bingo for many years, sometimes as often as weekly.  Gord and I used to go fairly often ... we went this time last year and had fun and meant to go sooner but life got away from us.

We went to the 1pm session this afternoon at Delta Bingo (St. Clair Avenue W/Old Westin Road) ... this was where we used to go. 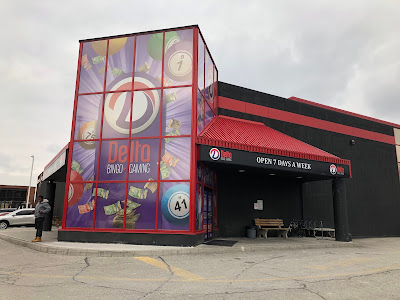 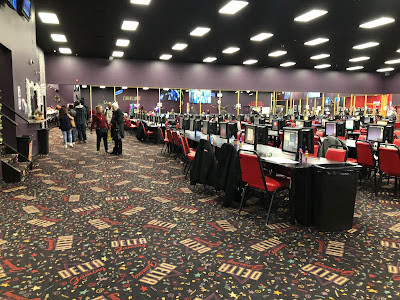 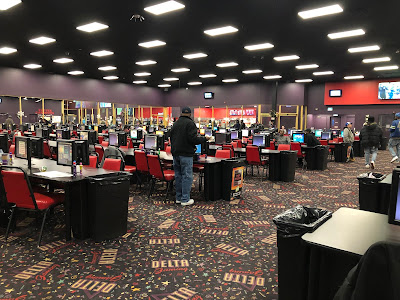 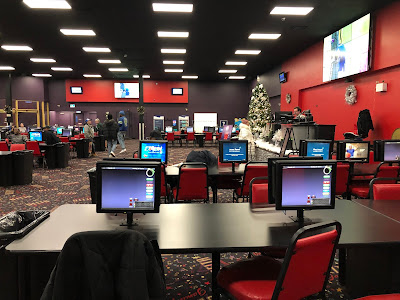 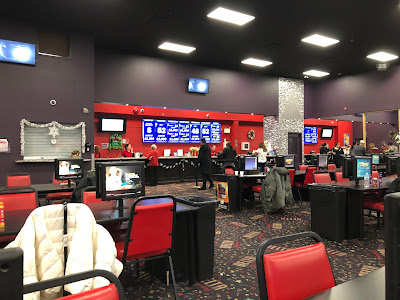 In addition to paper cards (I got a three-strip and Gord got a two-strip plus the games that weren't included), we bought a $55 Gecko package (36 games of regular book, early bird, players progressive, super jackpot and bonanza). 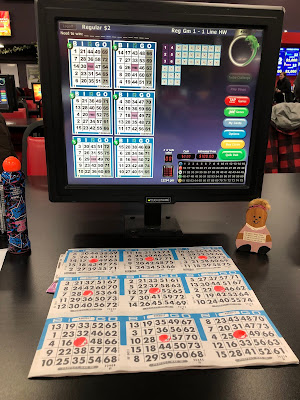 The first game was for one line.  Gord thought he was set and yelled BINGO when he saw the ball he needed appear on the TV screen.  But Mark, our caller, said it wasn't possible (Gord called BINGO prematurely) and the game carried on.  Then Gord called BINGO as soon as the ball was called ... but he didn't win because though he had a line, it was supposed to be a "hard way" line (you can't include the free square in the middle).  Good practice, though. 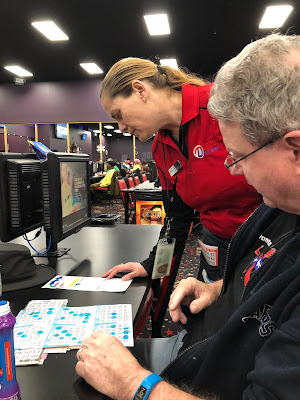 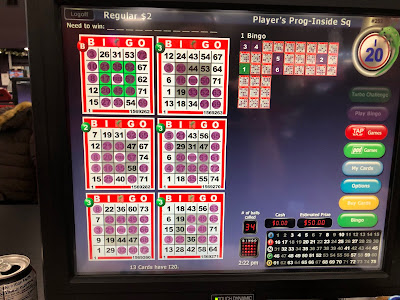 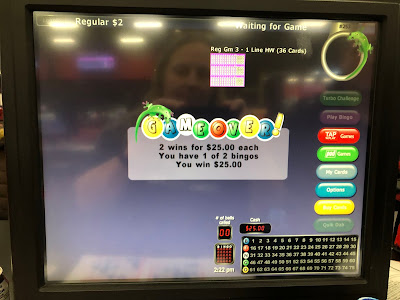 After the games were over, I went to the desk to claim my prize and was asked for my receipt when I paid for the Gecko games.  Receipt?!  It's only the second time we'd played the Gecko games and the first time we'd won so I didn't realize the importance of the receipt.  I'd tossed it on the pile of discarded game strips and one of the workers had picked it up to be garbaged.  All turned out okay as I just had to provide the number of the computer were playing on and punch in the PIN we'd created.  I imagine that happens often.

It cost us about $120 to win $25 but we had fun :)
By Teena in Toronto at 3:30 pm
Email ThisBlogThis!Share to TwitterShare to FacebookShare to Pinterest