The Inn On The Harbour, Port Stanley, ON

I spent the last two nights at The Inn On the Harbour in Port Stanley. 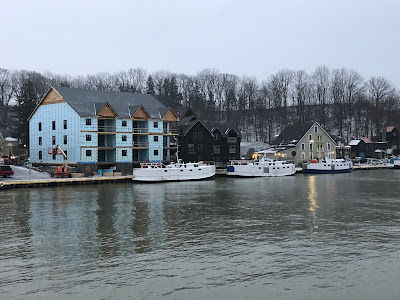 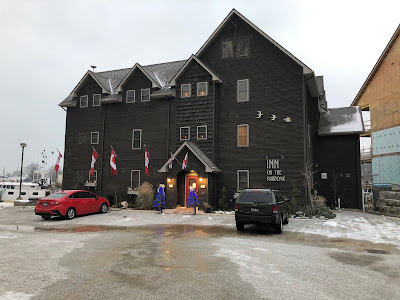 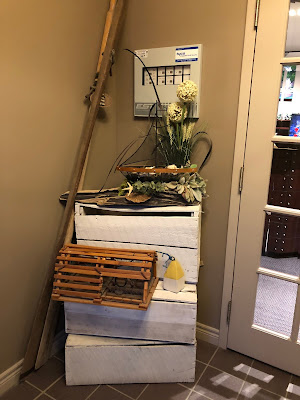 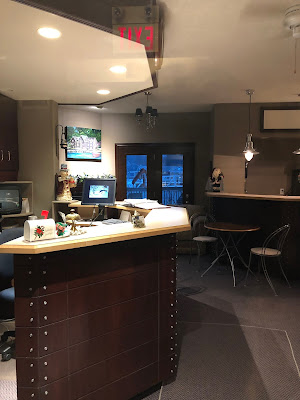 There was a sitting area on my floor (the second floor). 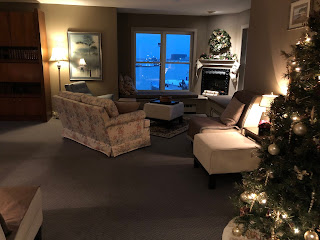 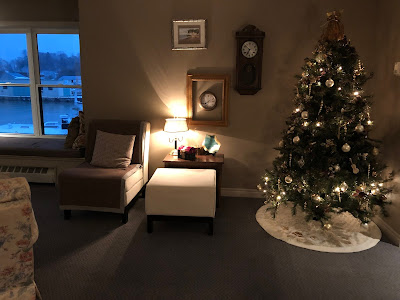 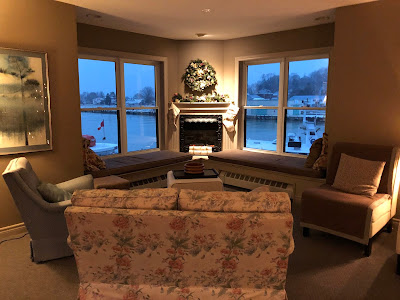 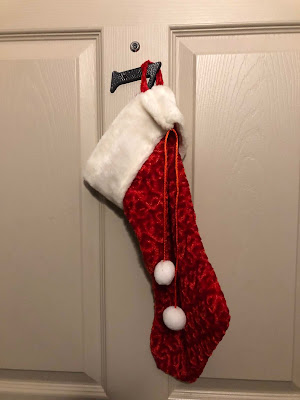 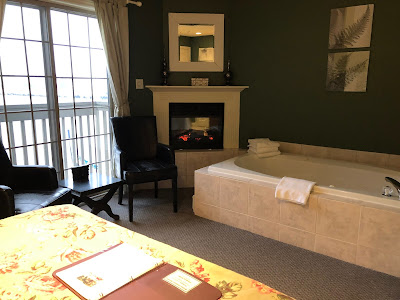 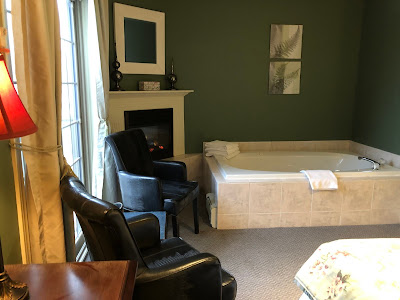 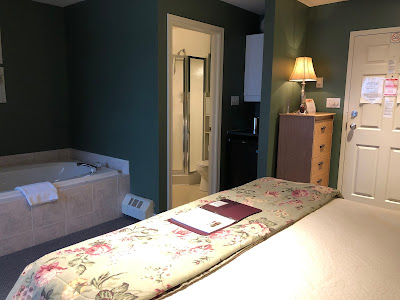 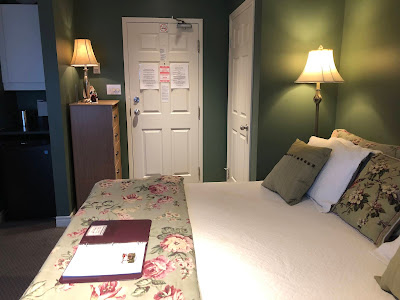 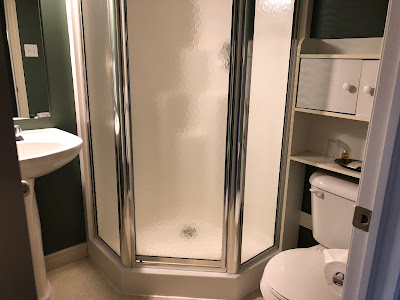 There are 12 themed rooms on three floors (mine was the "Dusty Rose Green" on the second floor).  If you can't do stairs, you should stay on the ground floor as there is no elevator.  Since I was the only guest and the receptionist goes home at night, I didn't want to be on the ground floor ... I felt safer being higher up since I was alone.

The rooms have king beds, fireplaces, Jacuzzis (I love baths and used mine Tuesday night), complimentary WIFI (I found it slow most of the time) and complimentary parking.  There was a coffee maker, kettle, toaster, mini fridge and some dishes in my room.  Strange not to have a microwave oven, though.  My room rate was $115/night plus taxes.

When I walked into my room, it was welcoming ... the fireplace was going and there was easy listening music playing on the TV.  I found it odd, though, that the time on the phone was 9.5 hours slow and the clock radio (which was cheap and should be replaced) was flashing (so not showing any time) and I had to set it.  There are no blinds on the window ... just a light green drape.  I don't know how well it would keep the sun out if you were trying to sleep during the summer.

There was a fishing boat docked just below my room.  At 6am, I could hear its motor turned on and it left about 15 minutes later.
By Teena in Toronto at 7:30 am
Email ThisBlogThis!Share to TwitterShare to FacebookShare to Pinterest
Label(s): Hotels

Very cute room for the money - that is cheap!!! Bet it is nice in the summer

Looks like a nice place to catch a few zzzs

What a nice roomy sleep. And I love the fireplace and the view. Also I love the kimonos in the closet, but maybe off-season the traditional fluffy robes would have been warmer.