I had lunch today at Jessy's Pizza (on Dundas Street W/Roncesvalles Avenue).

Jessy's Pizza is the largest locally owned pizza franchise operating in Nova Scotia (the first location opened in 1992, a few years after I moved away).  They just opened this first location outside of the Maritimes about a month ago here in Toronto (this location).  I'd read that they have Halifax-style donairs so I thought I would check them out. 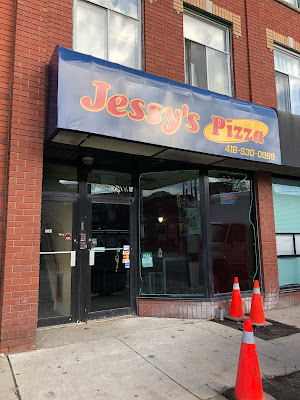 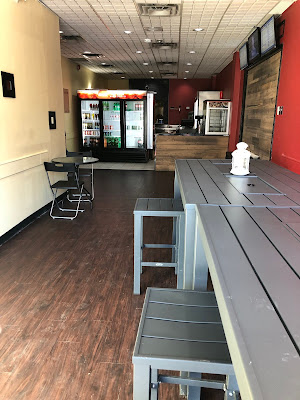 I got a medium donair with just the meat, tomatoes and donair sauce.  I liked that the meat was thickly cut (some places here in Toronto cut it up small and fry it to heat it).  My only issue was with the sauce distribution ... there was none at the beginning and it was loaded at the bottom (which made it messy and drippy by the time I got there).  Next time I would rewrap it and shake it before I ate it so the sauce is all throughout it.  It was a tasty donair and yes, I'll be back. 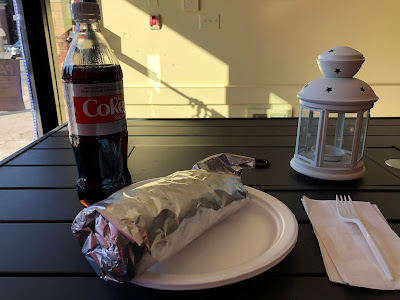 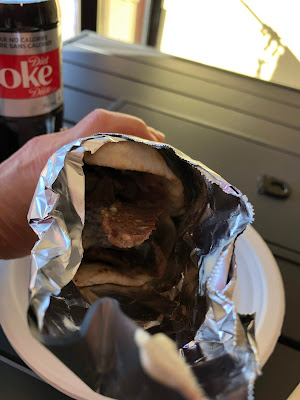 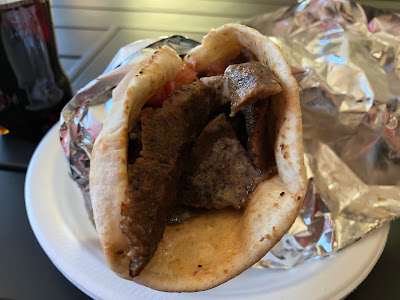 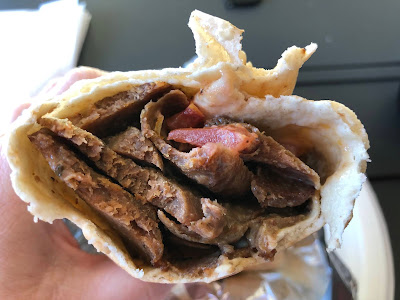 Mariah and her husband are newly transplanted from Halifax and run this location.  She was friendly and we had a nice chat.  She took good care of me.

By Teena in Toronto at 11:30 am
Email ThisBlogThis!Share to TwitterShare to FacebookShare to Pinterest
Label(s): Jessy's Pizza Toronto ON