Gord and I went to the East Coast Comedy Night 3 at the Social Capital Theatre (above the Black Swan Tavern on the Danforth) tonight.

Our THIRD big year, with two big shows! For one night, in one room, we will pack as many comedians and performers from all over The Maritimes and Newfoundland to salute the East Coast. Nova Scotia-style donairs will be available at special comedy pricing and supplied by The FUzZ Box.

We went last year and it was a hoot!  Tickets were just $15 at the door ($10 in advance) and the comedians and musicians were all from the East Coast.  I'm originally from the "East Coast" (from Nova Scotia).


We bought a couple Nova Scotia-style donairs from FUzZ Box for $5 each.  What is a donair, you ask?  It's dense spiced ground beef that is thinly sliced and put in a soft wrap.  But it's the sweet special sauce that makes it come together.  You could get them with veggies (tomatoes and onions) or without ... we got ours without. 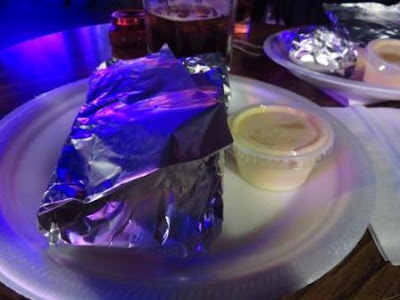 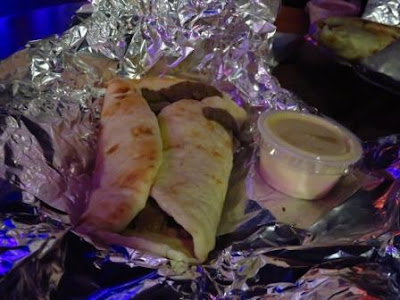 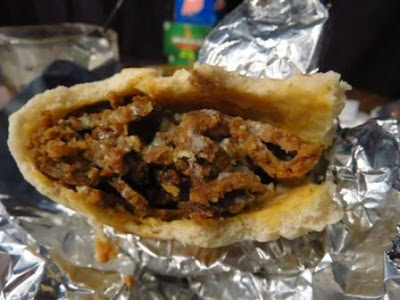 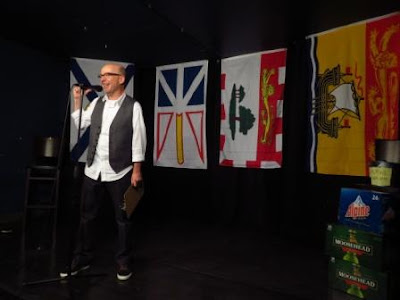 Gord had an Alpine, a beer from "down home". 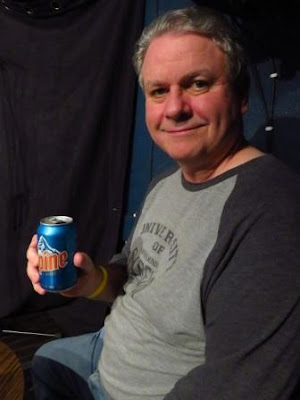 Here was the entertainment for the night ...


Marcel gave a bag of Covered Bridge chips (from NB) to whoever had come the farthest to the show ... a woman from Great Britain won. 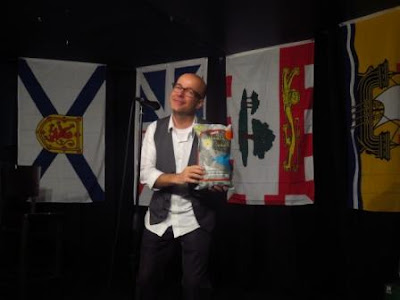 Hopefully there will an East Coast Comedy Night 4 ... we'll be there!
By Teena in Toronto at 10:00 pm
Email ThisBlogThis!Share to TwitterShare to FacebookShare to Pinterest