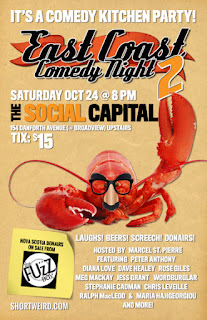 Gord and I went the East Coast Comedy Night 2 at the Social Capital Theatre (which is above the Black Swan Tavern on the Danforth) tonight.

Our second big year! For one night, in one room, we will pack as many comedians and performers from all over the Maritimes and Newfoundland to salute the East Coast. Nova Scotia-style donairs will be available at special comedy pricing and supplied by The FUzZ Box.

I had just happened to come across an ad for it on Facebook this week.  I'm originally from the "East Coast" (I'm from Nova Scotia) so it caught my eye (I never click on Facebook ads).

Tickets were just $15 and the comedians and musicians were all from the East Coast. 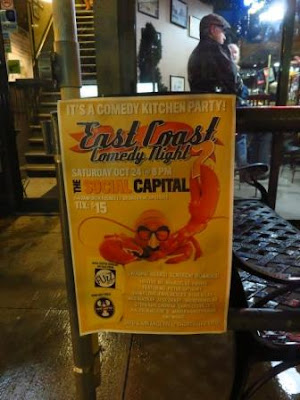 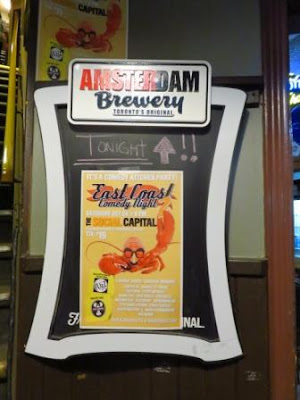 They were serving drinks from "down home" ... Alpine beer, Keith's beer (my usual beer of choice) and Newfoundland Screech at great prices. 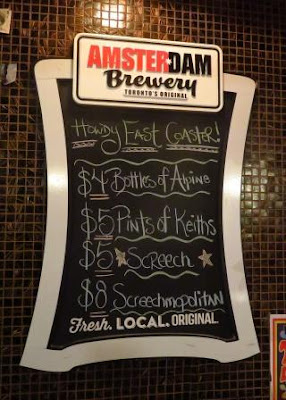 Marcel St. Pierre was the host ... he was entertaining. 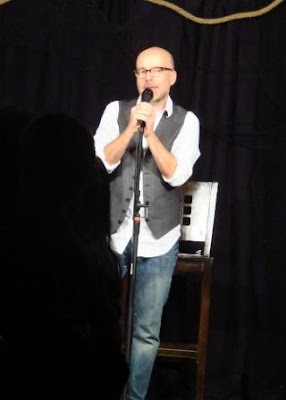 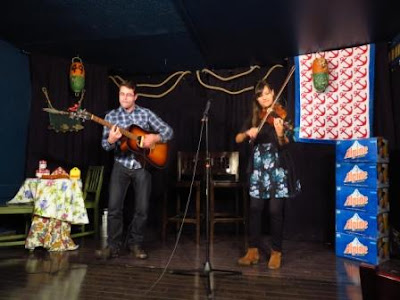 About halfway through the show during the intermission, we could buy Nova Scotia-style donairs from FUzZ Box for $5 each.  What is a donair, you ask?  It's dense spiced ground beef that is thinly sliced and put in a soft wrap.  But it's the sweet special sauce that makes it come together.  I hadn't had a donair in about 30 years so I got one.  You could get them with veggies (tomatoes and onions) or without ... I got mine without. 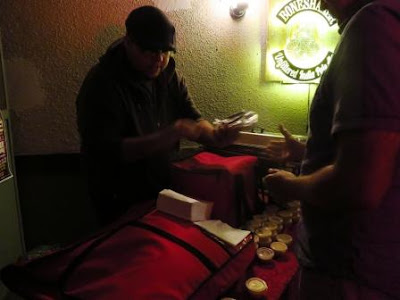 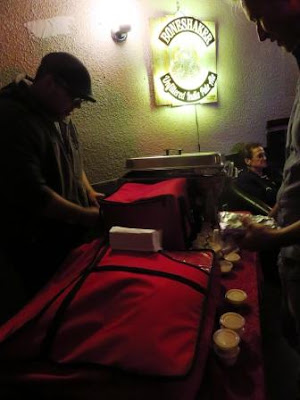 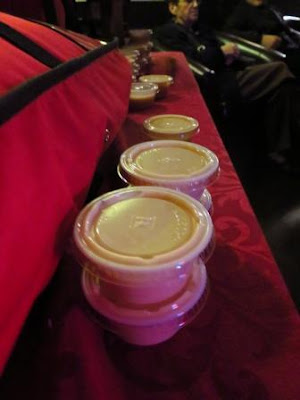 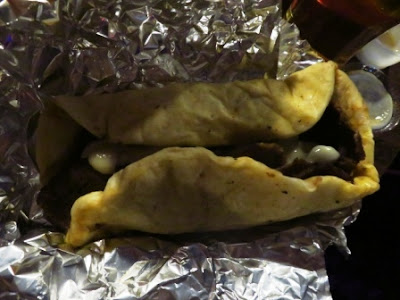 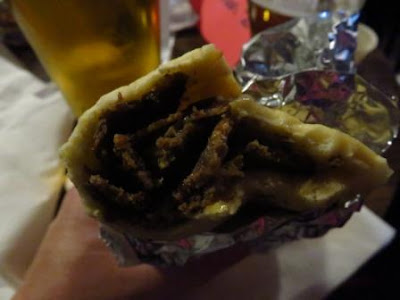 There were two draws.  One was for ... are you ready?  Two bags of lobster-flavoured potatoes chips from New Brunswick!  Someone from a table in the front won them and passed one the bags along at the end so everyone could try them.  Gord did (I passed) ... he said they tasted like BBQ-flavoured chips with an off-putting fishy aftertaste. 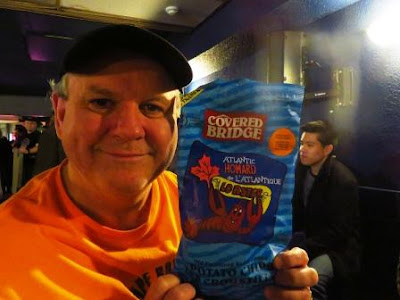 The second draw was for a $100 gift certificate at Rock Lobster ... alas, we didn't win it.

While all the comedians were funny, the two I thought were most hilarious were Darryl Purvis from Antigonish, NS (he and I graduated from the same university in Nova Scotia, though I was 13 years ahead of him) and Peter Anthony from Pictou, NS.

Hopefully there will an East Coast Comedy Night 3 ... we'll be there!
By Teena in Toronto at 11:00 pm
Email ThisBlogThis!Share to TwitterShare to FacebookShare to Pinterest

Sound like a good time. We went to see John Mulaney on Sunday. http://montrealgazette.com/entertainment/john-mulaney-finds-a-silver-lining-to-sitcom-failure