After Gord and I left the East Coast Comedy Show, we walked a couple blocks to Louis Cifer (a play on "lucifer") and had a couple drinks.  We'd been there for supper in the spring and liked it. 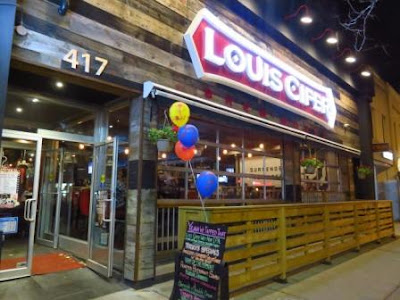 Their staff was in costume for their Creepy Carnival Halloween party. 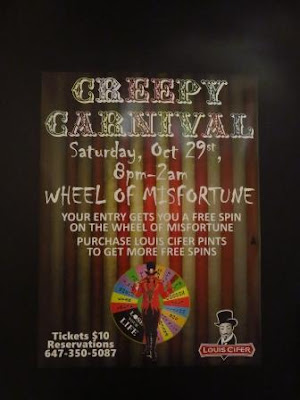 For every drink you had, they gave you a ticket to spin the wheel to earn a prize ... like moving a cookie from your eyebrow to your mouth without touching it, keeping two balloons  in the air for 20 seconds, paper/rock/scissors, etc.  When I spun, I landed on having to hold two growlers for two minutes.


Then Gord spun the wheel and he ended up having to do the same thing as I had ... but guys had to do it for three minutes, rather than two. 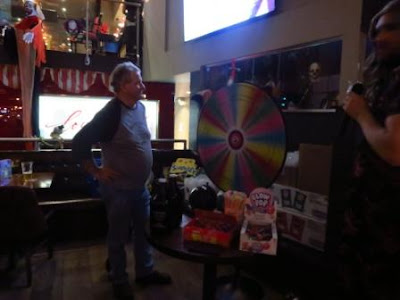 It was fun to participate but also watch others.

By Teena in Toronto at 11:30 pm
Email ThisBlogThis!Share to TwitterShare to FacebookShare to Pinterest
Label(s): Louis Cifer Brew Works Toronto ON