Gord and I like the movie classic The Rocky Horror Picture Show (the original not the recent interpretation).  It was playing at the Hot Docs Ted Rogers Cinema tonight so what better way to spend Halloween?

“Let’s do the Time Warp Again!” The cult classic The Rocky Horror Picture Show comes back to the Cinema for Halloween. As always, we’ll be presenting the film with Toronto’s own Shadow Cast, which will be performing their satirical, comedic version of the film for audiences during the show. 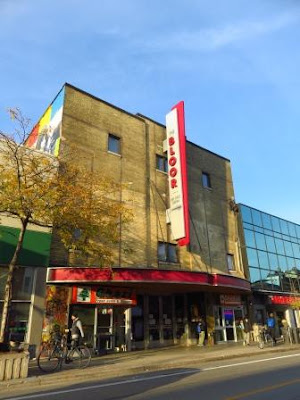 We got there about 6pm and Dixie was entertaining.  She was looking for "virgins" (people who have never seen movie before) and would put a "V" on their foreheads with her lipstick. 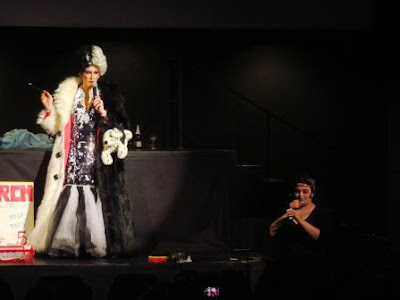 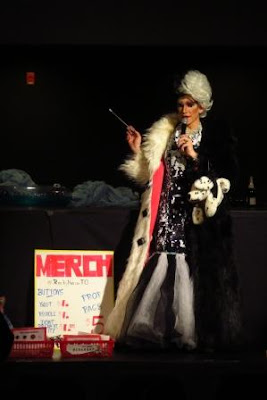 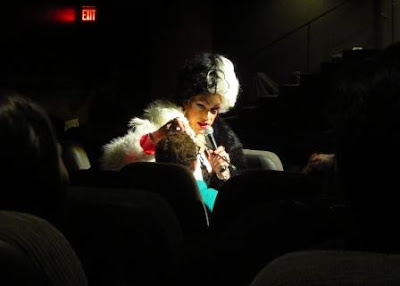 Eight virgins were called onto the stage and had a chance to earn a prize.  Then the best costumed people were brought up to win a prize. 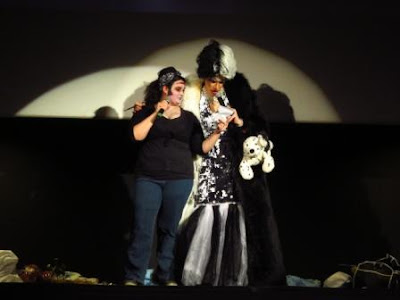 When the movie started, everyone was encouraged to participate and shout during the movie (here is an example of the "script").  During the movie, the Shadow Cast acted it out ... they made it a lot raunchier than the movie so go in with an open mind. 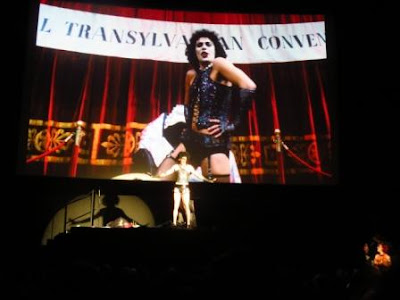 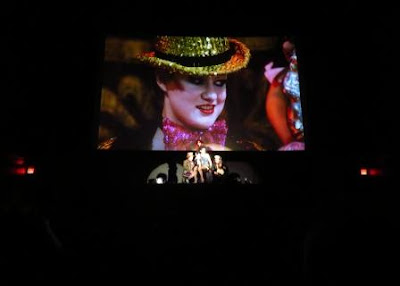 By Teena in Toronto at 10:00 pm
Email ThisBlogThis!Share to TwitterShare to FacebookShare to Pinterest
Label(s): Live theatre