I had to spend a couple days in Vancouver re a client expo and I stayed at the Fairmont Hotel Vancouver on West Georgia Street (at Burrard).

It's a huge old hotel (it opened in 1939) and has over 550 rooms.  It was close to the client's site plus I wanted to stay in a hotel that had rooms with some character for a change rather than a cookie cutter.  Apparently there is a ghost in the hotel of a woman in red (she didn't make herself known to me). 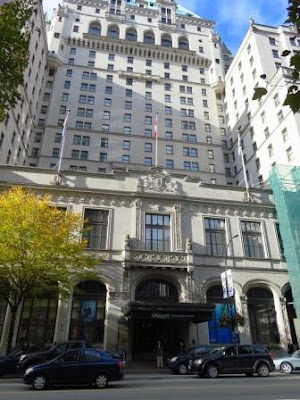 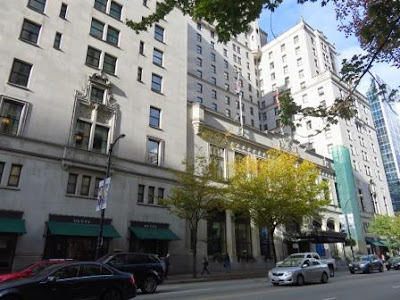 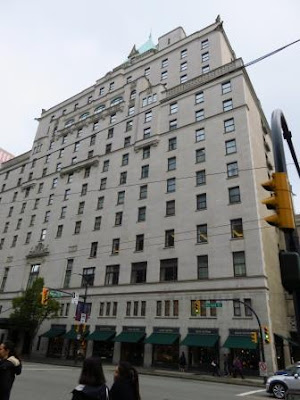 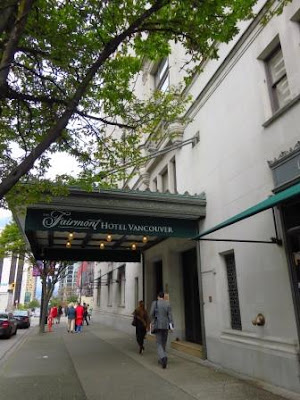 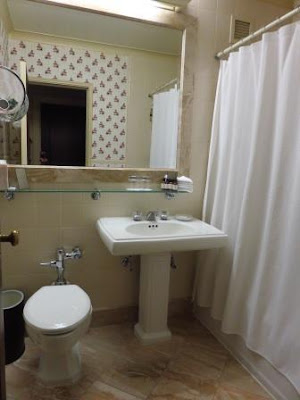 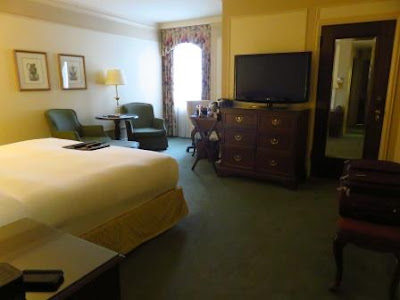 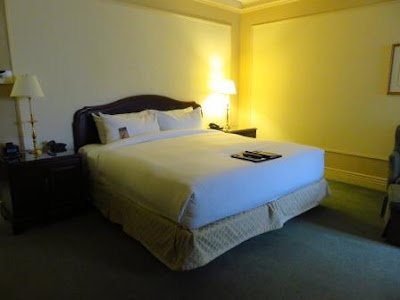 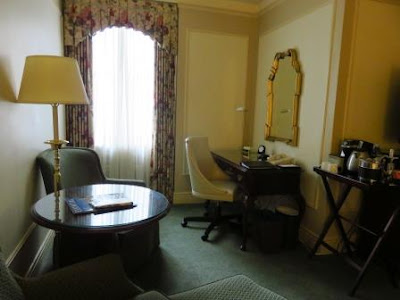 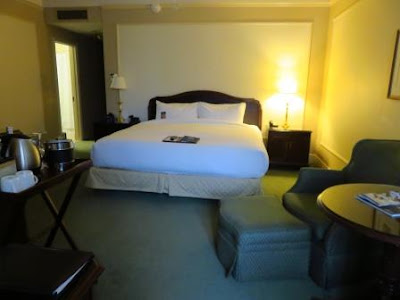 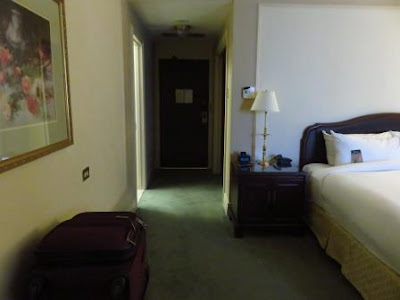 There was a mini fridge that was stocked with alcohol and pop (with a cost).  WIFI was complimentary and it was fairly speedy most of the time.  There was an iron, coffee maker, robe, etc.  I found the room was really warm and stuffy so turned the A/C to 67F, which helped.  I figured out yesterday afternoon how to open the window to let in some fresh air.

The staff were really friendly and helpful.  It is downtown so walkable to everything.  There is a restaurant/lounge downstairs and some higher end shops.

I'd stay here again.
By Teena in Toronto at 8:00 am
Email ThisBlogThis!Share to TwitterShare to FacebookShare to Pinterest
Label(s): Hotels