"Crimes They Wrote", International Festival of Authors, Toronto, ON

I attended an event this afternoon at the International Festival of Authors (IFOA).

The 37th edition of Toronto’s International Festival of Authors (IFOA) is a celebration of words and ideas, of writers and readers.

In 2016, IFOA welcomes over 200 Canadian and international participants to Toronto. The Festival brings together the world’s best writers of contemporary literature for 11 days of readings, interviews, artist talks, round table discussions, public book signings and a number of special events. The IFOA takes place at the Harbourfront Centre, where the city meets the lake, from October 20th to the 30th. 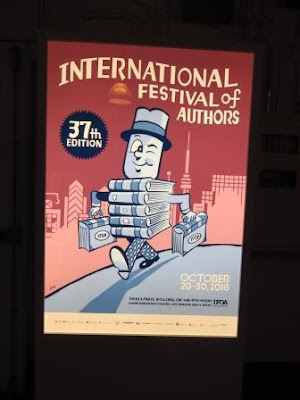 Pen Canada keeps an empty chair to each event representing a writer imprisoned for their views. This is Azimjon Askarov of Kyrgyzstani, a writer and political activist who has been in jail since 2010 for his writings on human rights issues within his country. 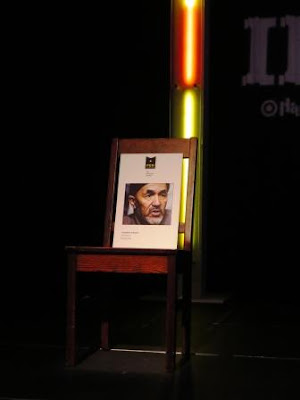 The event was called Crimes They Wrote.

Toronto Star‘s Book Editor Deborah Dundas will sit down with two extraordinary crime novelists, Linwood Barclay and Peter Robinson, for an interview about writing stories that keep readers on the edge.

The host introduced authors Peter Robinson and Linwood Barclay (I've read and enjoyed quite a few of his books) and Deborah Dundas, the moderator. 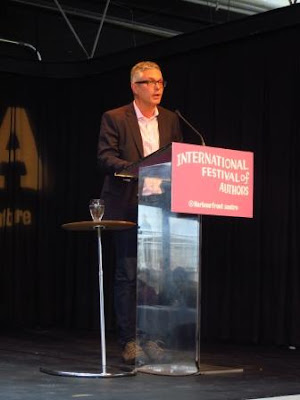 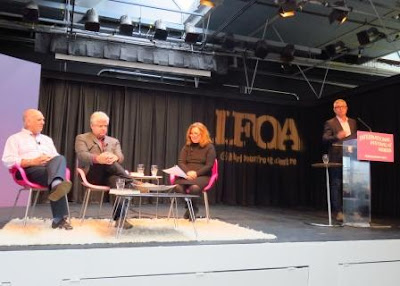 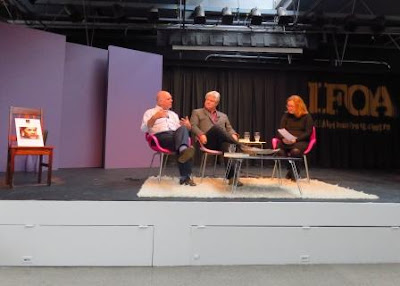 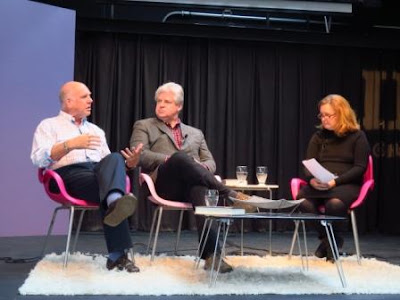 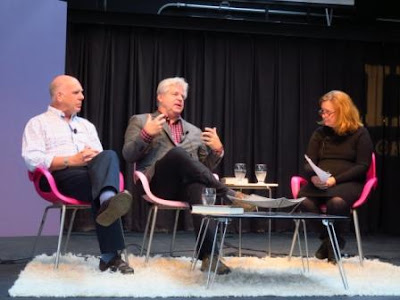 It was an interesting and, at times, funny discussion (both authors had a great sense of humour).

Their books were available for sale in the IFOA bookstore and the authors were there to sign their books there after the session. 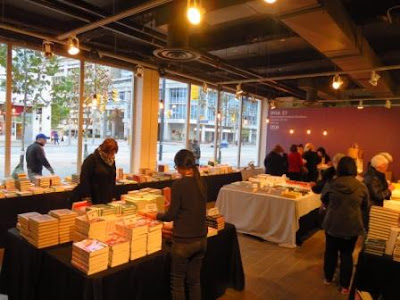 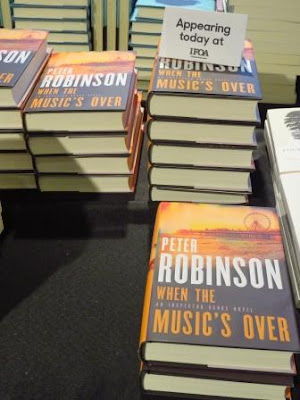 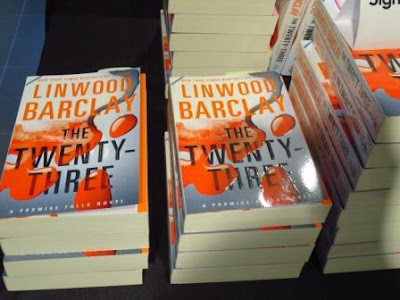 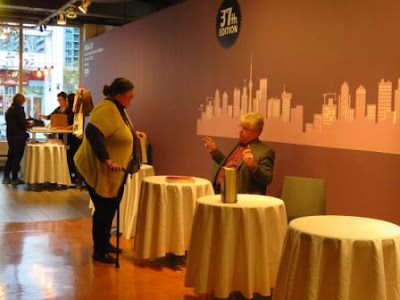 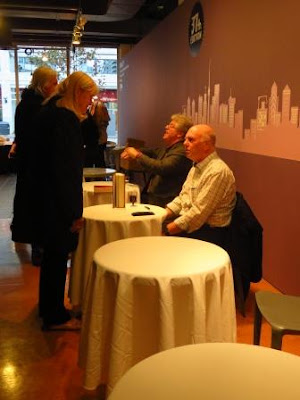 By Teena in Toronto at 5:30 pm
Email ThisBlogThis!Share to TwitterShare to FacebookShare to Pinterest

Both strike me as extremely personable authors: I've read Linwood Barclay before (and now want to read more), but I've yet to try Peter Robinson (but I do want to). Glad you enjoyed the event!