I went for an hour float this afternoon at Float Toronto (on Queen Street W at Gladstone).  I find floats very relaxing. 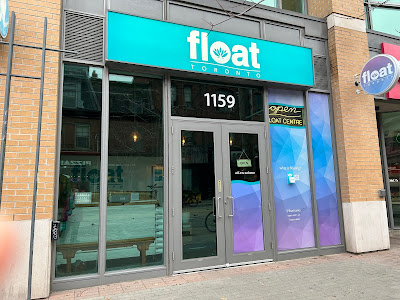 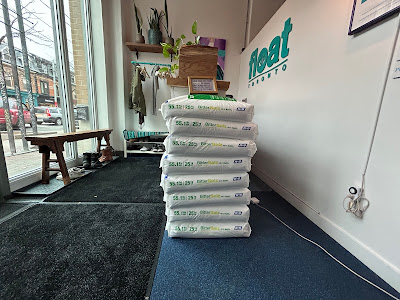 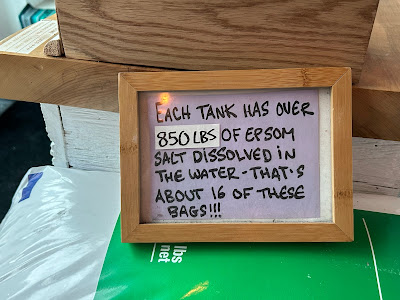 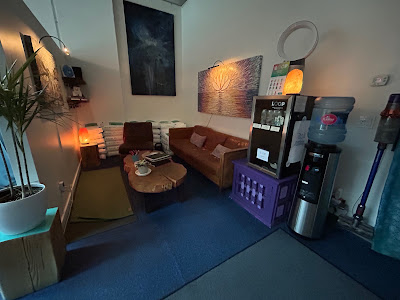 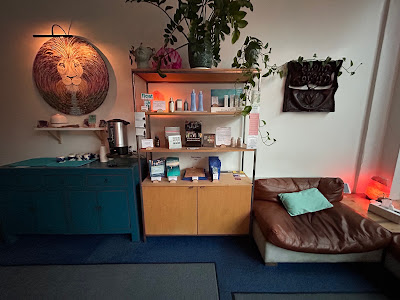 Also known as Floatation Therapy, REST Therapy (Restricted Environmental Stimulation Technique) or Sensory Deprivation, floating involves lying in a salt-water solution in a specially designed tank (often referred to as a float tank, sensory deprivation tank, or isolation tank). Your experience in a floatation tank is about everything you won’t be doing. You won’t be fighting gravity. The 850 pounds of Epsom salt in the water takes care of that while you lie on your back. The water is kept at a skin receptor neutral temperature which means that you lose track of where your body ends and the water begins. Your ears stay just below the water, and the tanks are insulated against sound – noise from the outside is unable to reach you. After you shut the door to the tank, you float in total darkness.
During your float the outside world is gone and amazing things happen. It turns out that when you’re not fighting gravity or constantly taking in information your body has a lot of extra resources at its disposal. Your mind is free to navigate without distraction, your brain pumps out dopamine and endorphins, and your body gets to rest, de-stress and heal. It’s likely to be the most relaxing thing you’ve ever experienced.
The tank is high enough for me to stand up, wide enough for me to stretch my arms out and my fingers just touch the side and a lot longer then me.  Today I left the meditative music on and the light off so was in total blackness. 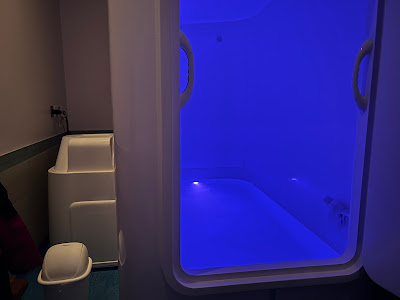 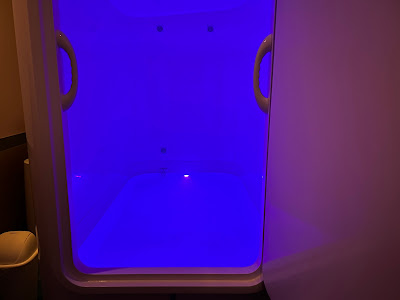 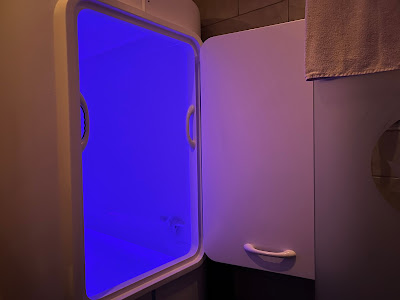 At the end of the hour, the music changed and the lights came on to let me know my hour was up. Get out and take a shower (which is in your room), which you need because you're all slimy and crusty from the salt.  They have nice shower gel, shampoo and conditioner. 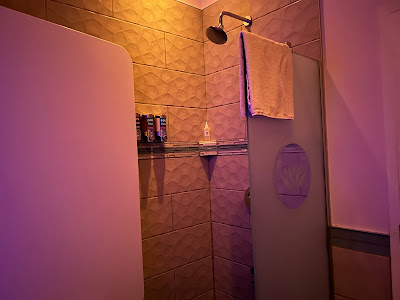 By Teena in Toronto at 3:00 pm
Email ThisBlogThis!Share to TwitterShare to FacebookShare to Pinterest