Gord and I had supper this evening at Louis Cifer (a play on "lucifer") on Danforth Avenue.  It opened in October 2014 and it's been on my radar for a while.  It apparently has the same owners as the Stout Irish Pub, which we liked. 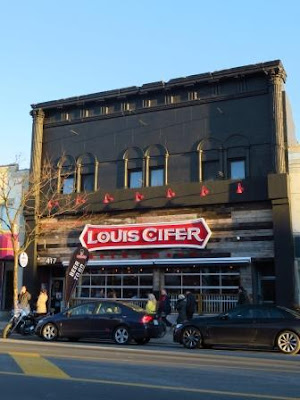 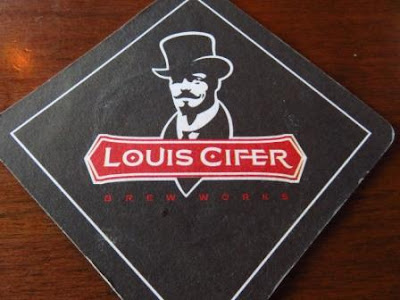 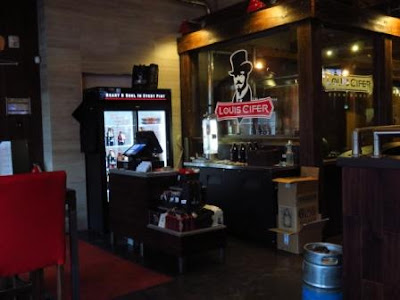 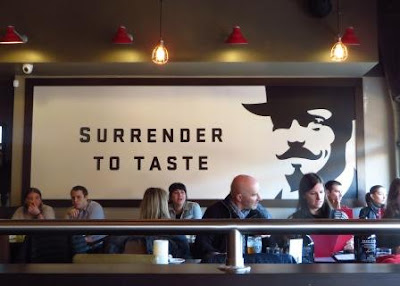 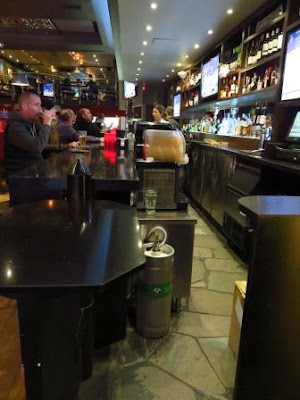 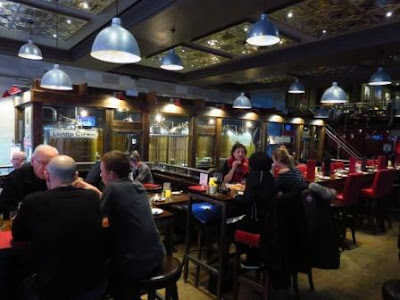 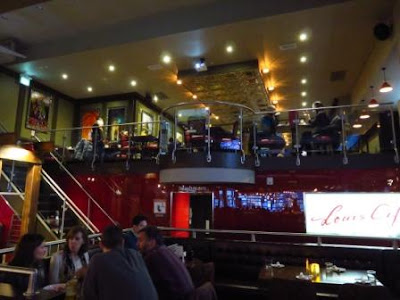 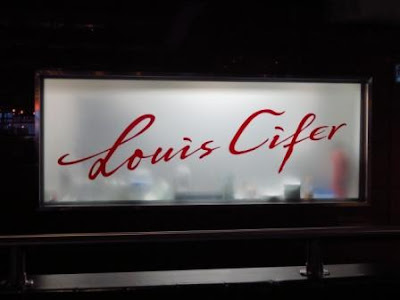 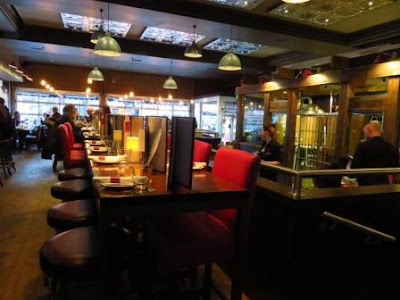 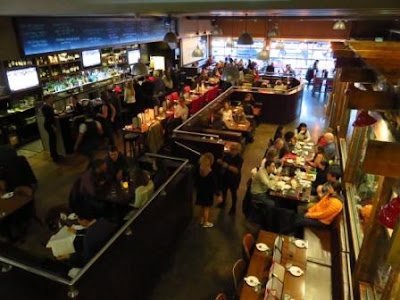 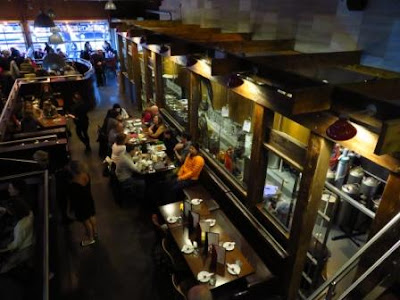 The bathroom signs are fun. 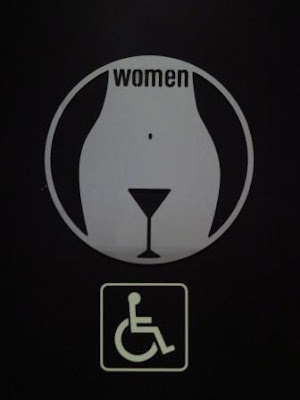 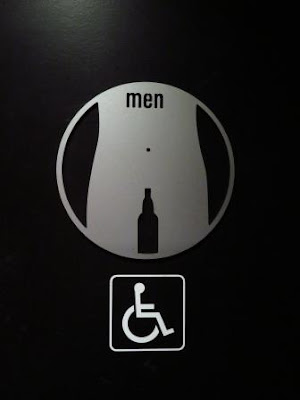 In addition to selling beer from other providers, they brew their own beer onsite. 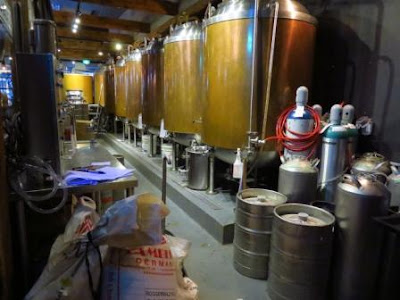 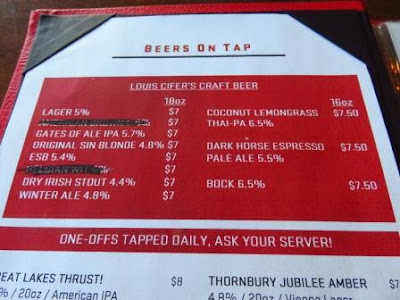 His favourite was the Retox IPA, a one-off.

Gord ordered with Mac 'n Cheese Poppers.  I had one and it was good.  Gord enjoyed them and said he'd get them again. 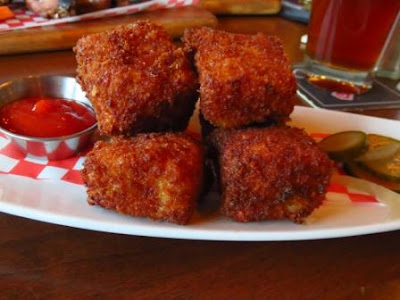 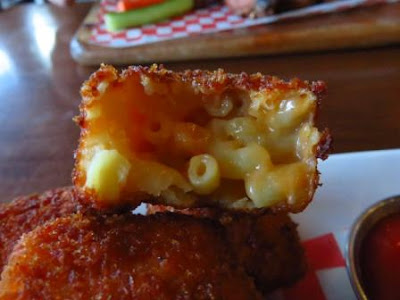 Gord and I both got Jumbo Wings.  I got mine with Stout Sweet BBQ sauce and they were messy and delicious.  Gord's were Lemon Salt 'n Pepper Dry.  I had one and it was good.  It had just a hint of seasoning and looked and tasted grilled.  We would both get them again.  I found the wingettes were a bit small but the drumettes were closer to "jumbo". 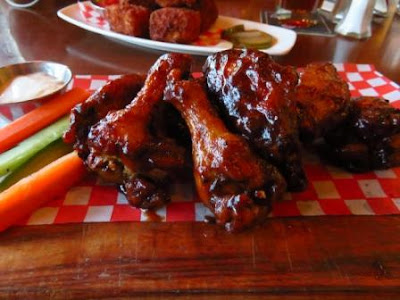 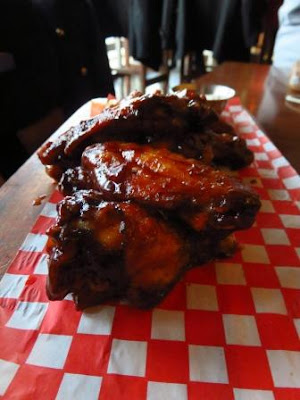 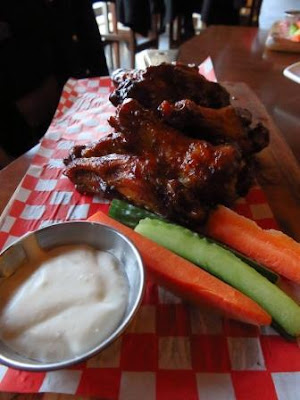 I was still hungry so ordered a piece of chocolate cake.  It was just okay and I wouldn't order it again.  The berries and whipped cream were good. 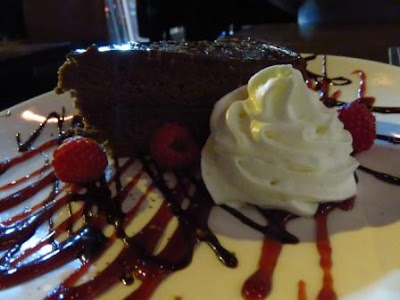 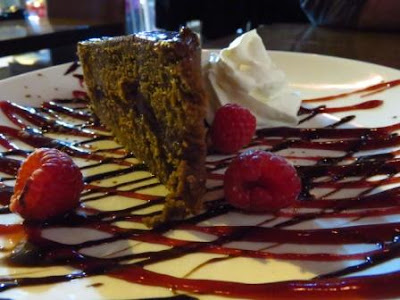 The place was jammed and there was lots of friendly staff buzzing around checking on how things were which was nice.  Alex was our server and she took excellent care of us.

By Teena in Toronto at 8:30 pm
Email ThisBlogThis!Share to TwitterShare to FacebookShare to Pinterest
Label(s): Louis Cifer Brew Works Toronto ON