On our way home from the Taste of Little Italy, we stopped off at Opera Bob's Public House.

It's been open since last year but we hadn't been there yet. Troy at the Great Canadian Beer blog wrote about it this week so Gord suggested we check it out.

We liked it! It is a cozy comfy place with craft beer on tap. The food on the menu sounds tasty!

My only complaint would be that it was really hot in there (it was humid outside) ... it would have been nice if they'd turned on the air conditioning.

The Unknown Culprits were playing. They played covers of songs by the likes of Billy Joel, ZZ Top, Springsteen, etc. along with their own stuff. They were good. 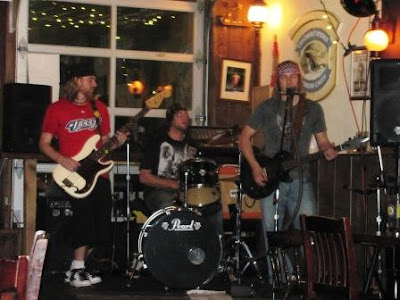 As we were leaving, a friend of one of the owners who was on the patio and wanted to get in the picture with Gord. 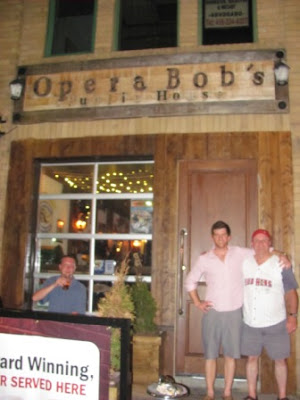 We'll definitely be back!

By Teena in Toronto at 11:10 pm
Email ThisBlogThis!Share to TwitterShare to FacebookShare to Pinterest
Label(s): Opera Bob's Public House Toronto ON

its awful with no air con isnt it. must have been saving some money that night!