Cooking and eating with Matt DeMille

My friend, Rona, invited Franca, Liz and I to her home for supper this evening.  We usually meet downtown at a restaurant so this was a nice change.

Rona welcomed us with bubby and a charcuterie platter. 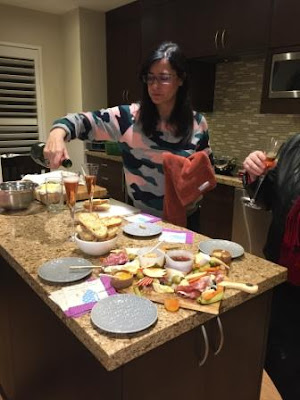 As a special treat, Rona hired chef Matt DeMille to prepare our supper and teach us about what he was preparing. 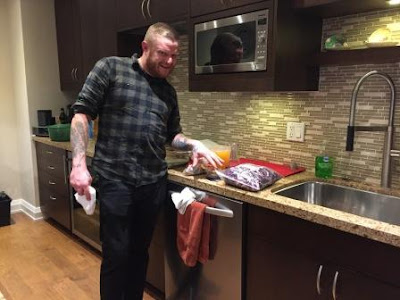 Matt DeMille grew up in rural Ontario, surrounded by a bounty of locally grown food, before farm-to-table was cool. Inspired by his French Canadian roots and the comfort food that filled his childhood memories, he knew at an early age that the kitchen was his calling. He completed Chef Training at George Brown College in Toronto and was hooked on the big city and it’s dining scene.

His first culinary job was with the Oliver Bonicini Group and he credits that with increasing his awareness of local food and wine. Matt has completed stints at renowned restaurants LeSelect Bistro, Enoteca Sociale and Parts & Labour, where he grew creatively and honed his love for Canadian-inspired comfort food.

Yearning for a simpler life, Matt made the move to Prince Edward County with his small family. Having grown up in the region, he helped to put Wellington on the food map as chef at PEC restaurant Pomodoro. In the late summer of 2014 he opened the widely acclaimed Drake Devonshire Inn, snagging a spot on Canada’s Best Restaurants List, 2016.

In 2017 he launched a small, in-house, interactive dining program that brings the best of PEC into your home. Matt is the host of CBC’s digital food series, All Things Food, exploring the stories, philosophies and creators of the most delicious food in Canada, airing in late 2017. 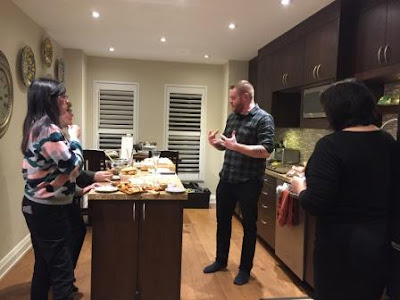 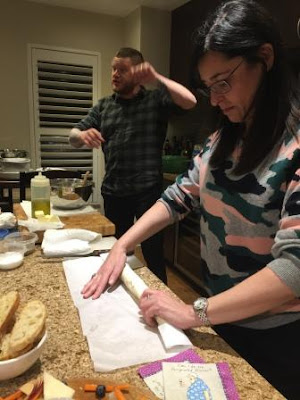 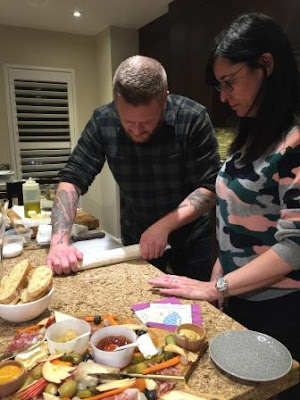 Matt prepared the steak three ways ... well-done for Franca, medium-well for me and medium-rare for Liz and Rona. 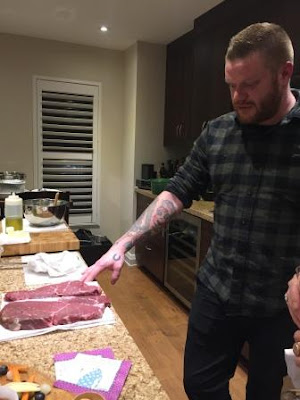 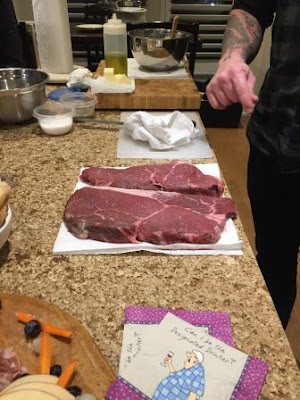 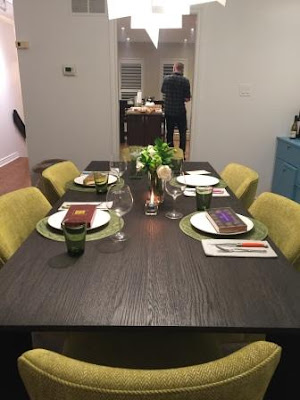 Everything was delicious and I had seconds!  I'm not a fan of cabbage or onions but did try some and they were good. 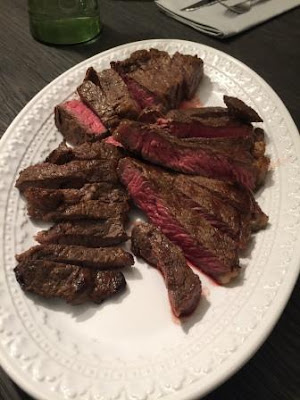 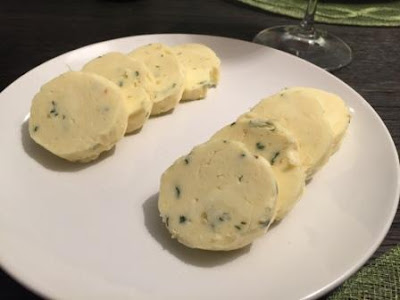 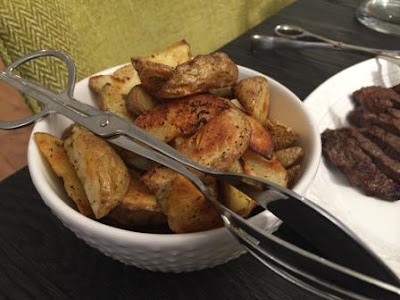 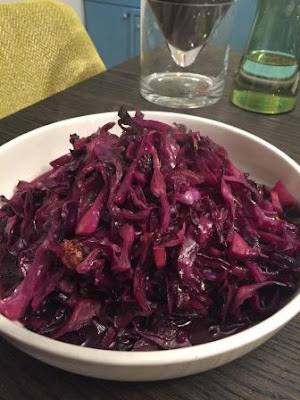 We were all well-fed and full.  And then Matt served sugar tarts that are made by his wife, Erin.  We had no room for dessert but Liz, Franca and I couldn't stop ourselves from eating them all (I don't know how Rona restrained herself!)! 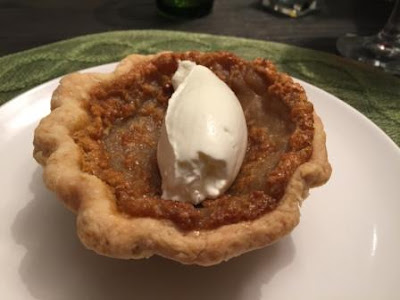 We were well taken care of.  Thank you, Rona and Matt, for an amazing evening!
By Teena in Toronto at 9:30 pm
Email ThisBlogThis!Share to TwitterShare to FacebookShare to Pinterest