I had a meeting in Burlington this morning and had lunch today at Halifax Donair.  It is a take-out restaurant with a small eat-in part against the window. 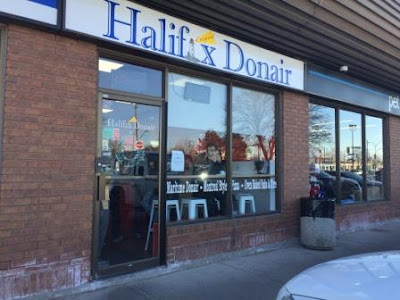 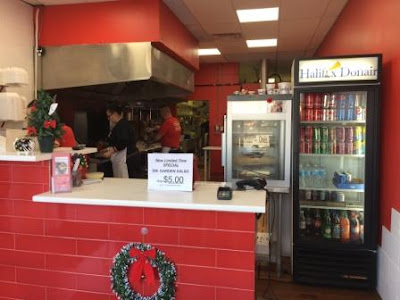 I ordered a large donair. Donairs are a big thing back home in Nova Scotia so whenever I come across them on my travels, I try them (amazingly I wasn't a fan of them until just a couple years ago). This was an okay donair. The meat was spiced nicely but a bit greasy.  It was messy and I ended up eating it with a fork rather than as a sandwich. 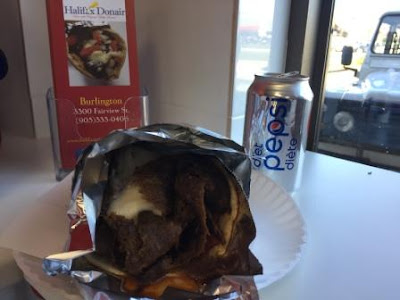 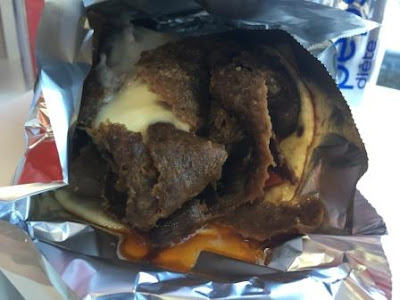 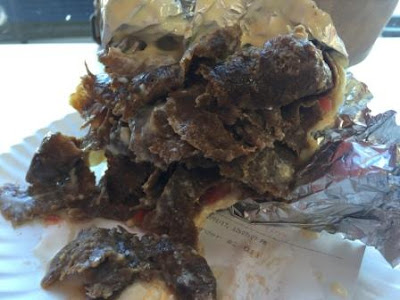 The staff were friendly.  It was a popular spot at lunchtime.

.
By Teena in Toronto at 12:30 pm
Email ThisBlogThis!Share to TwitterShare to FacebookShare to Pinterest
Label(s): Halifax Donair Burlington ON