For the last five years, my friend, Trish, has been making weekly trips to replenish the food at a couple cat colonies.  Today I joined her as she checked out two colonies in east Toronto as a volunteer of the Annex Cat Rescue.

Feral cats are the “wild ” offspring of domestic cats. They live outdoors, separate from humans (they are usually frightened of humans).  They are descended from domestic cats whose owners abandoned or failed to spay and neuter them.  Feral cats can be humanely trapped, spayed/neutered and vaccinated against rabies and other feline diseases. The cats can then be released back into their colonies.  Feral kittens are placed in foster homes and eventually adopted out as pets.

Both colonies we visited were in the backyards of home owners.  The first owner puts food and water out in her back porch. 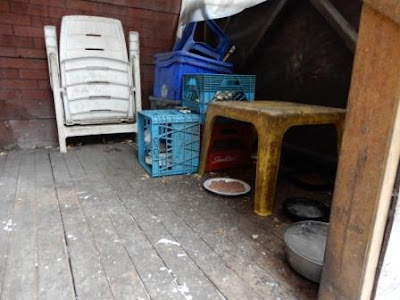 In addition, she has allowed a couple shelters in her backyard. 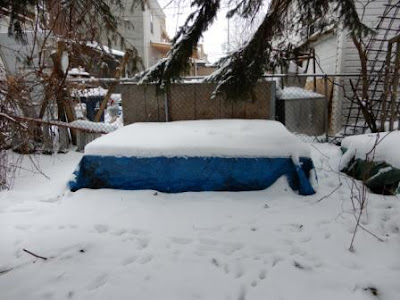 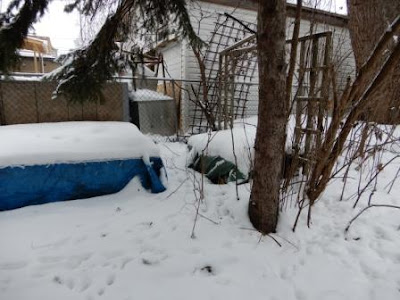 Volunteers from the Annex Cat Rescue stop in every day to make sure there is food for the cats near the shelters.  Today was Trish's day.  The temperature was -9C (-14C with the windchill) and it was snowing. 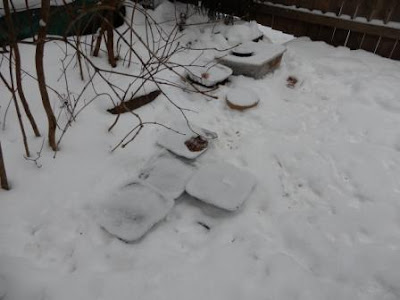 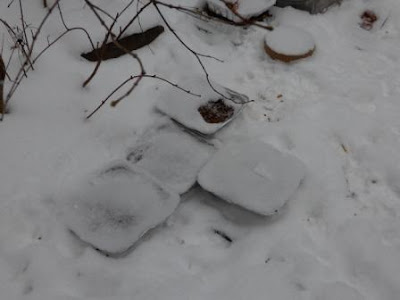 There's Trish getting the cats' meal ready.  There was lots of kibble out so she left some soft food. 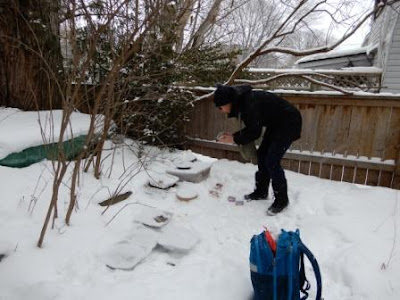 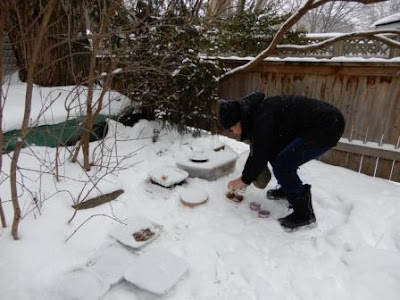 The cats were interested ... what kitty can resist canned food?! 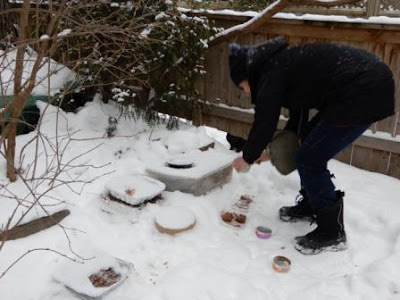 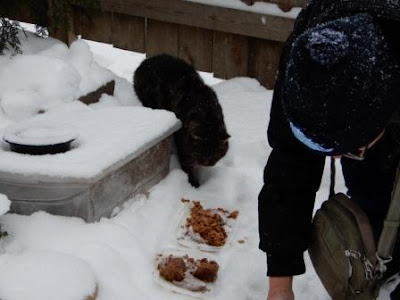 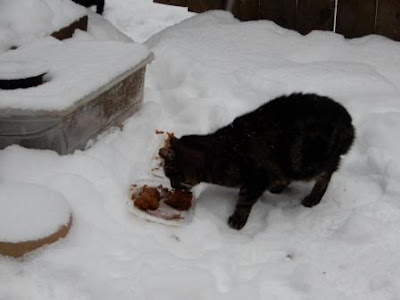 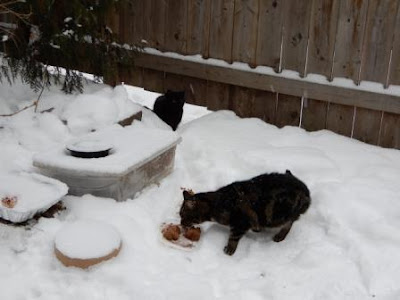 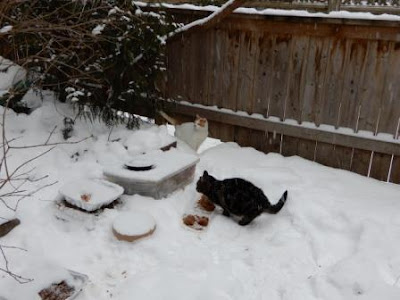 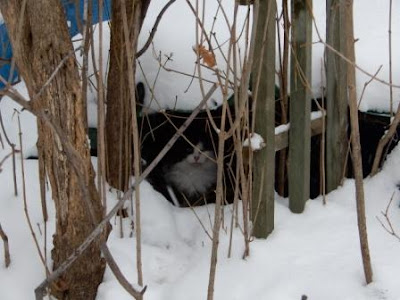 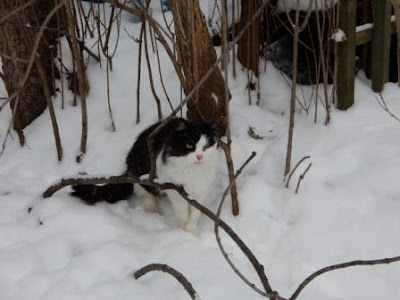 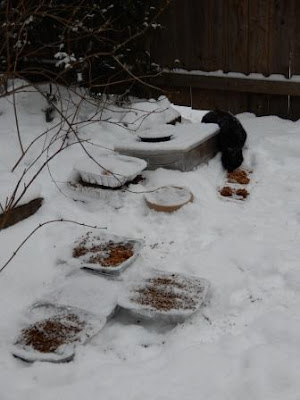 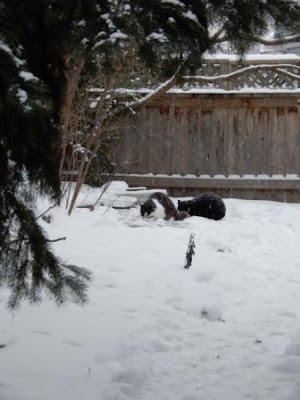 There is another shelter on the other side of the fence. 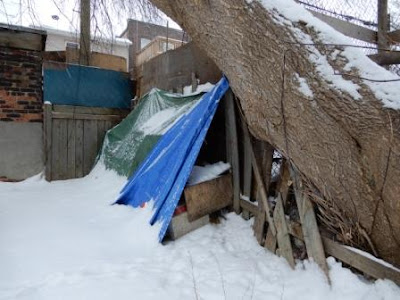 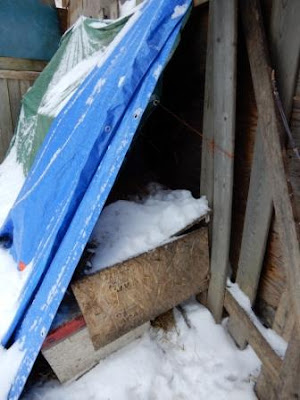 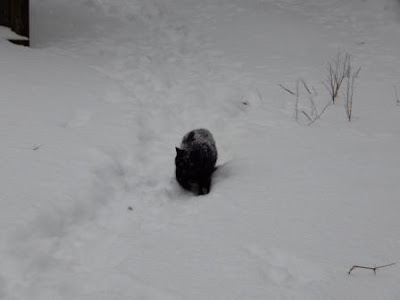 Looking over the fence to where Trish had left the food. 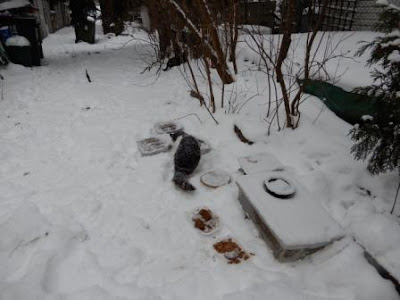 Then we headed to another nearby colony.  This one is smaller. 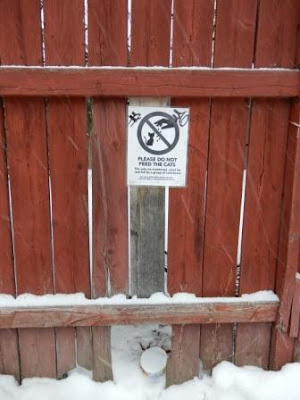 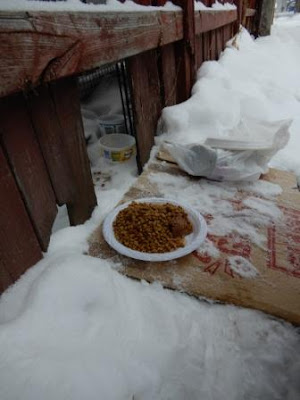 Being a volunteer feeder for a cat colony takes a lot of commitment and dedication to ensure homeless cats are fed.  Thanks to Trish and to all the volunteers!

If you would like to help support cat colonies, please consider donating to the Annex Cat Rescue or your local cat rescue/shelter.
By Teena in Toronto at 4:00 pm
Email ThisBlogThis!Share to TwitterShare to FacebookShare to Pinterest

So important. I was so sad when they 'closed' the colony on Parliment hill.
Stay warm. It is -25 here without the windchill!

I had visited the colony at Parliament Hill.