I went to the Toronto I ❤︎ Beer Holiday Festival today in the Queen Elizabeth Hall at Exhibition Place.  It was from 3pm to 10pm.  I along with my friends, Bruce, Christine, Darlene and Jennifer, had bought VIP tickets a couple months ago.

VIP tickets are $50 (+ applicable tax and service fees) online. Included in your ticket are 15 (4.5 oz. pour) tokens, an I ♥ BEER sampling glass and one hour early admission (2 pm). 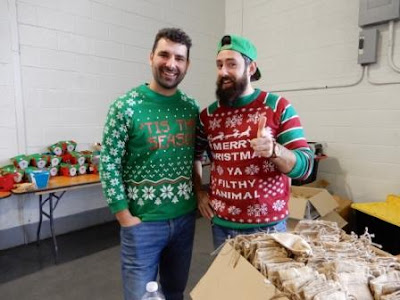 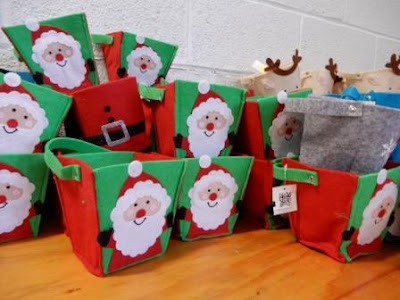 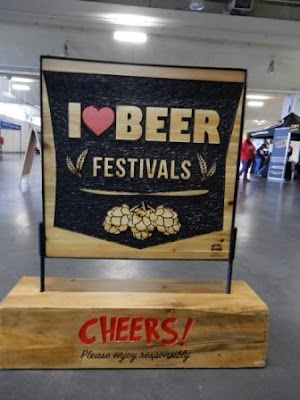 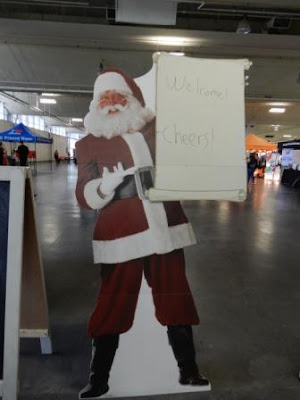 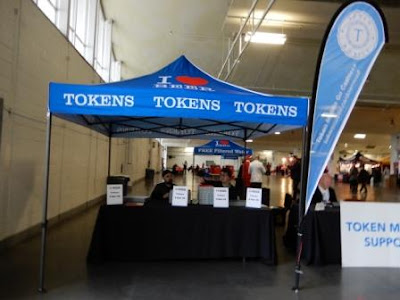 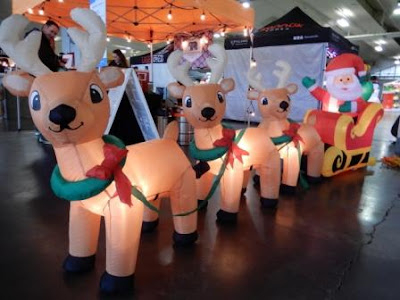 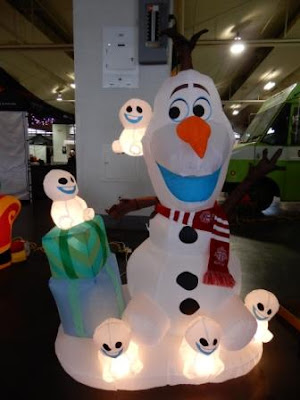 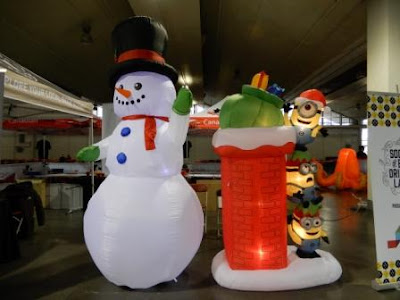 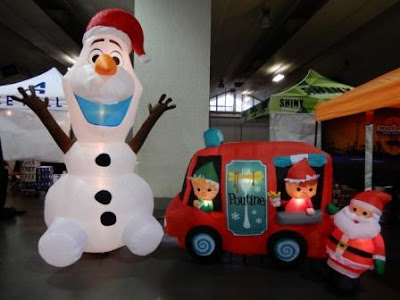 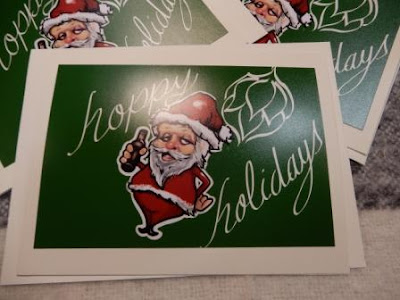 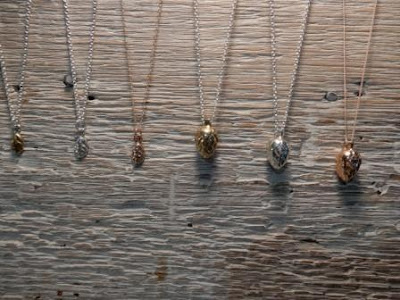 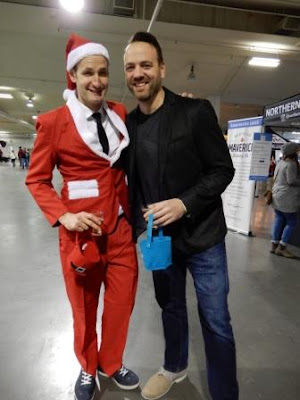 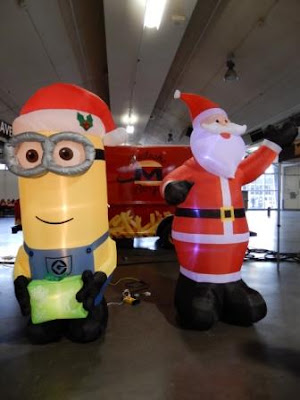 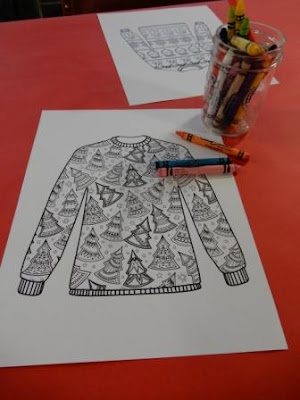 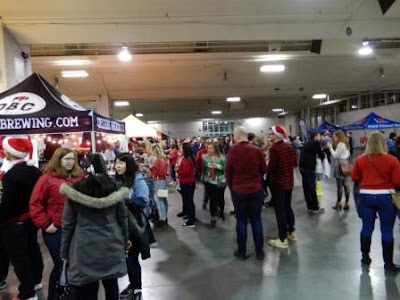 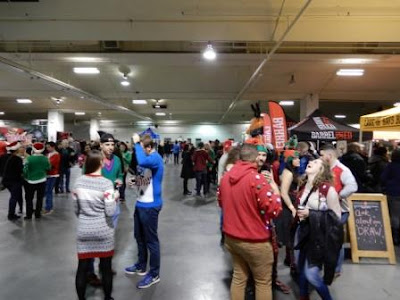 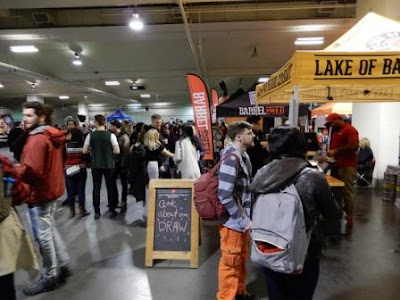 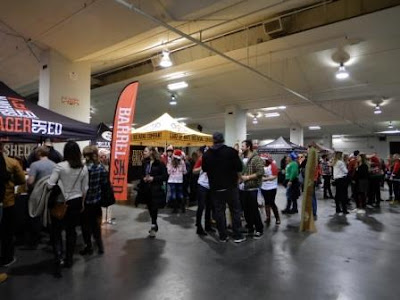 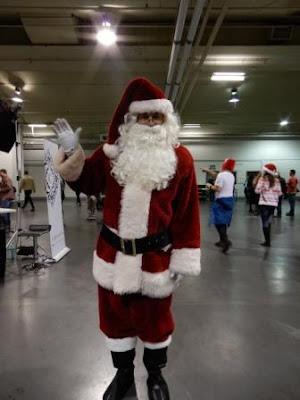 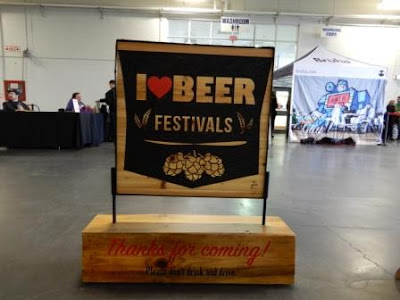 There were a couple food trucks and Gord and I got a burger and fries from Mustache Burger ... there were good. 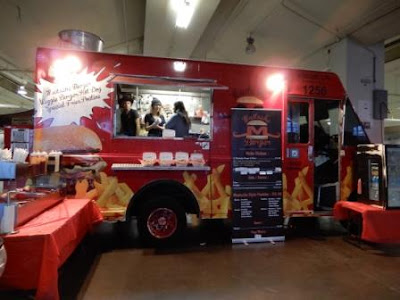 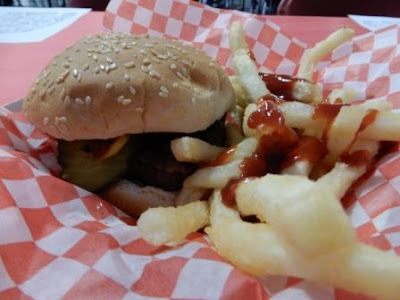 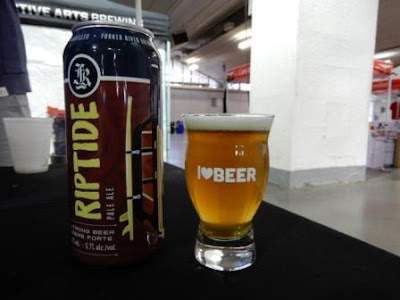 Non-drinkers could buy "DD tickets" for $15 at the door, which included a coffee mug, bottled water and bottled craft soda while quantities last.  There was actually no "bottled craft soda" at all as they had run out before this event even started ... they had run out at a previous event and hadn't stocked up.  It would have been a nice gesture had they run out to a store and picked up some cases of regular pop so non-drinkers wouldn't have had to buy their own at one of the food trucks.

Also the coat check was a bit of a mess.  I had no problem being able using this service when I got there but when we were leaving about 8pm, there was a "temporarily closed" sign for any newcomers.  The guy had no problem finding Gord's coat but I was asked to go in and find my own, even though I'd given the guy my coat check ticket.

All in all, it was a fun beer festival and I hopefully they will have it again next year, bigger and better.
By Teena in Toronto at 8:00 pm
Email ThisBlogThis!Share to TwitterShare to FacebookShare to Pinterest
Label(s): Beer festivals

Looks like a fun way to kick of celebrating the holidays.