I made a cat toy this evening.  I found the pattern here.

*K1,slip 1* repeat for about three inches.  It took me a couple tries to master this as I found I really had to focus.  Make sure the first knit stitch of each row is quite tight so you don't end up with a ladder at each side. This method creates an inside-out pouch (no seams).

Break the yarn leaving an 8 inch tail and thread a needle on it. Carefully slip all the stitches off the knitting needle, pinch each side and gently open up the end of the pouch. Pass the yarn through the stitches but don't draw it up yet. Turn right side out.

Using the black embroidery thread, give bunny some eyes (wrap a stitch 4 times with the thread for each eye).  I used blue yarn. 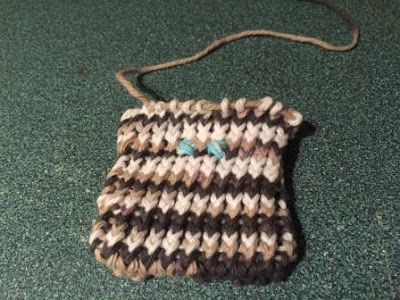 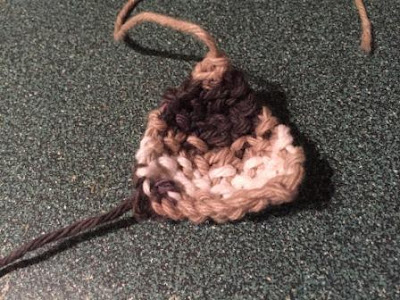 Using the cast-on tail, fold the ear in half and stitch the cast on edge together.  Make second ear as first. 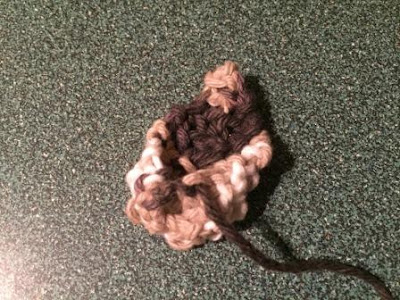 Knot both ears together.
Put a small amount of toy filling (I used soft yarn) in the bunny and add catnip. 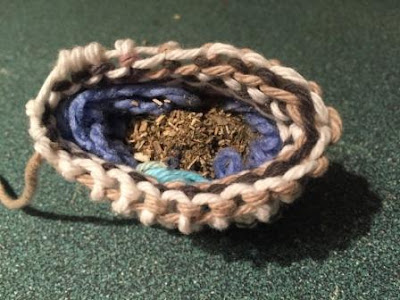 Stuff the ears on top (the knot will help give something for the body to "choke" around when you pull up the threads). Draw it up as tight as possible and add enough stitches to secure. 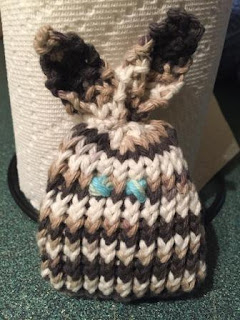 I made a pompom for a tail. 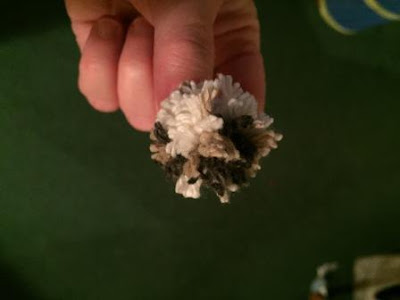 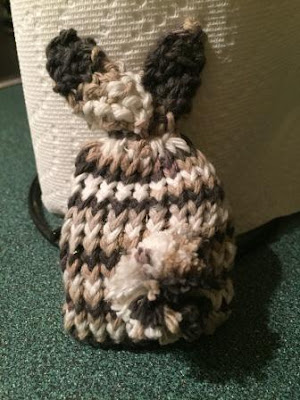 By Teena in Toronto at 8:30 pm
Email ThisBlogThis!Share to TwitterShare to FacebookShare to Pinterest
Label(s): Knitting