It is playing this month at the Lower Ossington Theatre, which is in our 'hood.  We saw it there last year and enjoyed it. 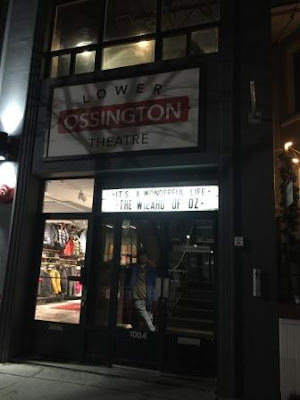 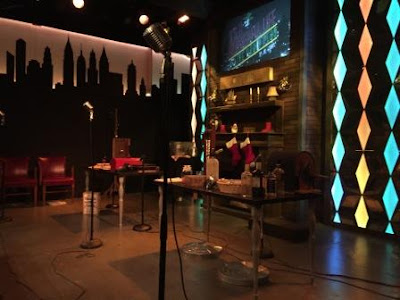 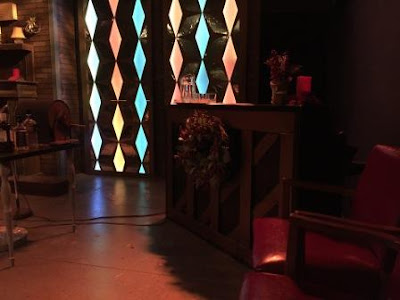 The actors were good and we enjoyed this production.  They started playing their roles as actors right away.  "Freddie" shook the hands of everyone sitting in the front row (which we were) before the "play" started.  They all played various parts and were continuously switching back and forth between characters and voices.

It was interesting to watch them as actors playing actors of a radio show.  There were even two "commercials" during the broadcast.  The sound effects were imaginative ... mashing Corn Flakes for the sound of walking in snow, etc.  We discovered that sitting in the front row we missed seeing the actors doing the sound effects as we were too low.  We'll sit higher up next year.
By Teena in Toronto at 9:30 pm
Email ThisBlogThis!Share to TwitterShare to FacebookShare to Pinterest
Label(s): Live theatre, Live theatre: Lower Ossington Theatre