Gord and I read about Pretty Ugly (on Queen Street W, just west of Dufferin Street) in last week's Toronto Star about how they have created new booze-free concoctions that taste, look and smell like a real cocktail.  This sparked Gord's interest because he doesn't drink.

We had an errand to run in Parkdale so we stopped in afterwards to check them out. 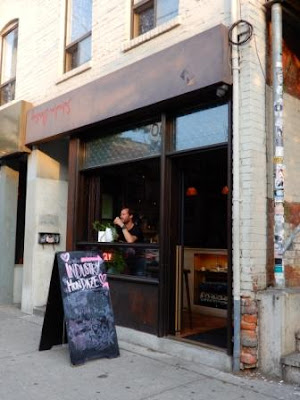 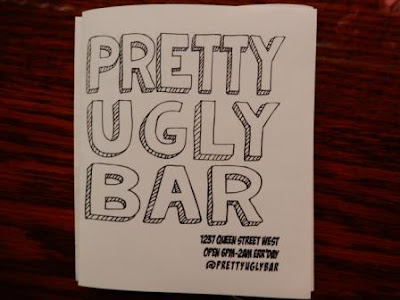 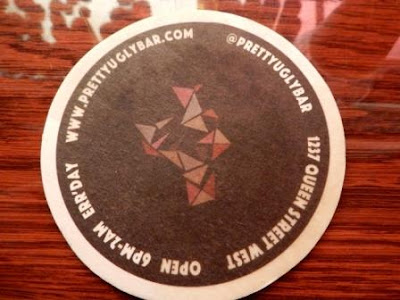 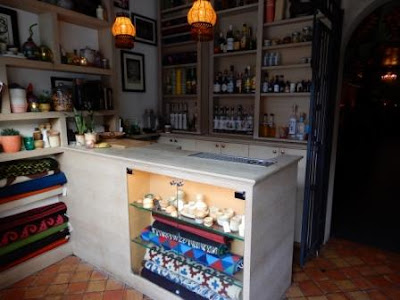 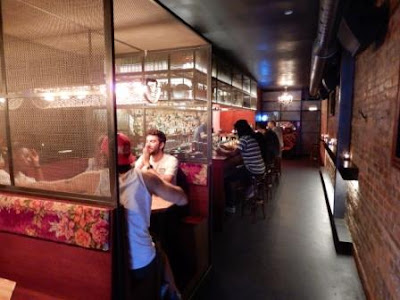 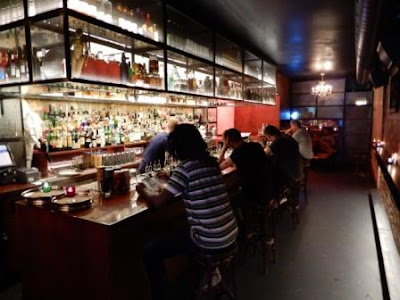 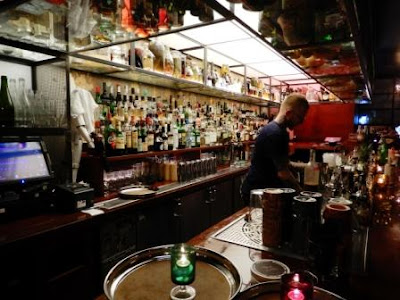 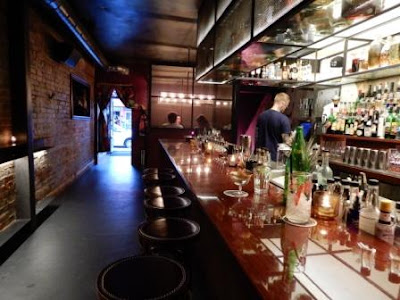 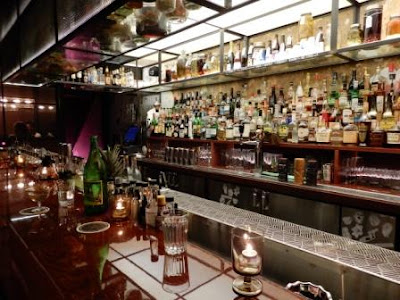 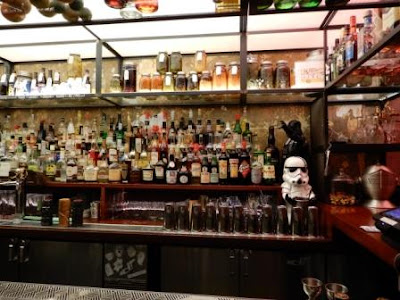 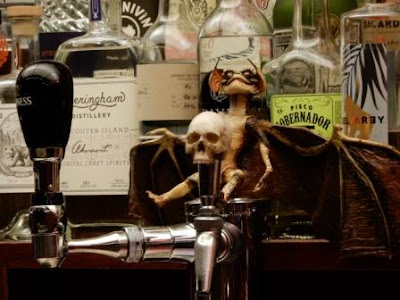 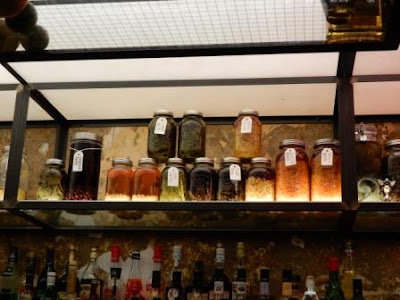 We sat at the bar and chatted with Robin, the owner who was bartending.  He took so much care in making all the drinks and tasting them to make sure they were okay.  The ingredients were fresh and "homemade" (Robin pickles strawberries, for example, and grows gingermint in his grandmother's garden).

Gord had a Faux Swizzle and two Destinos.  He enjoyed them both and would get them again.


I had a Fresh Spritz of Bel-Air (very refreshing) and a Lovesmack.  They were both very good and I'd get them again. 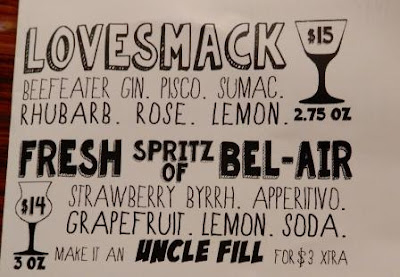 By Teena in Toronto at 8:30 pm
Email ThisBlogThis!Share to TwitterShare to FacebookShare to Pinterest
Label(s): Pretty Ugly Toronto ON