My pal, Shawna, lived in Toronto for many years and moved back home to Regina, SK, about five years ago.  She comes to Toronto a couple times a year for a visit.  She's back this week and she and I went to the Bruna Mars: 24K Magic World Tour concert tonight.

Before the concert, Gord, Shawna and I had supper at the Wheat Sheaf.  Shawna loves their wings and it's a tradition to have a supper there.


There was lots of Bruno swag for sale at the ACC ... teeshirts, sweatshirts, sweatpants, posters, etc. 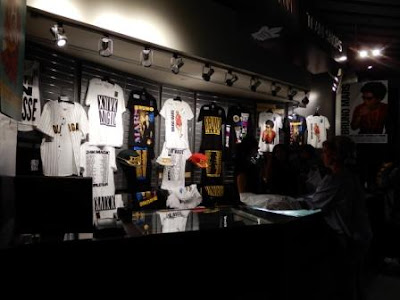 Here are Shawna and I in our seats before the show started.


DJ Irskdiddy opened the show at about 8pm with a 30 minute set. 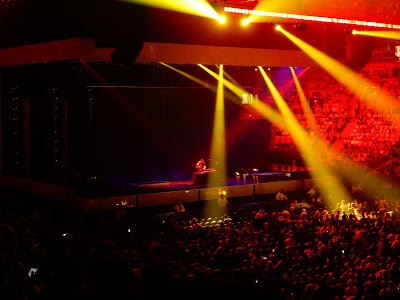 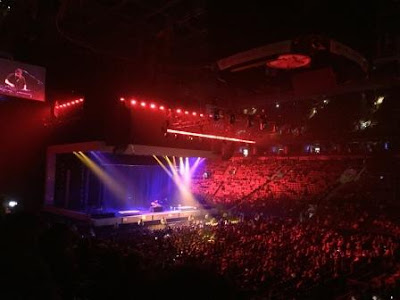 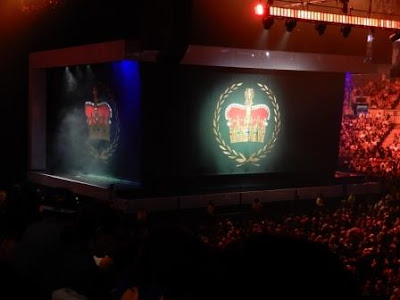 Bruno came on about 9:15pm and played 'til 11pm and didn't disappoint.  As soon as Bruno and the rest of his hooligans came on, the crowd was on their feet and didn't sit down all night!  The front end of the set was mostly from his latest album, 24K Magic, and he did well-known songs from his older albums towards the end ... and, of course, the audience sang along.  The set changes were fast and fun with lights, fire and more.  The show itself is slick with all the moves among Bruno and his band choreographed and in sync. 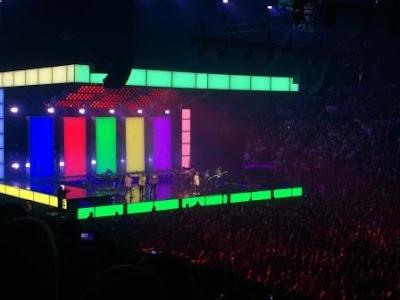 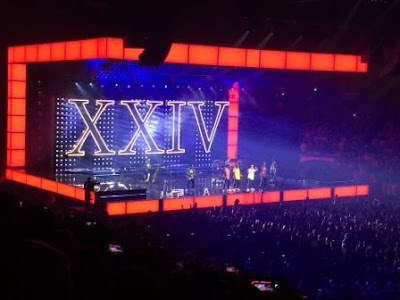 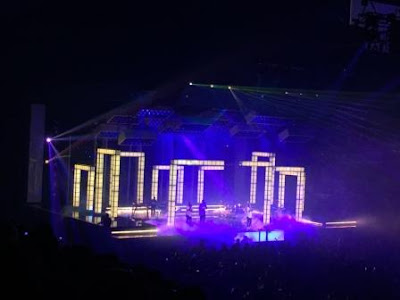 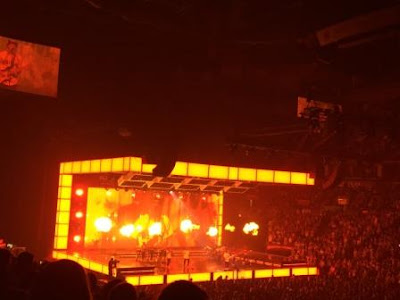 This guy was in front of us was alone and recorded the entire concert on his phone.  I don't think he actually watched the concert away from the tiny screen.  Very sad as he missed out on a great concert. 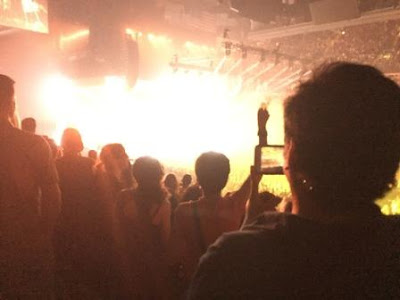