Gord and I had lunch today at Shakey's on Bloor Street W in Bloor West Village. 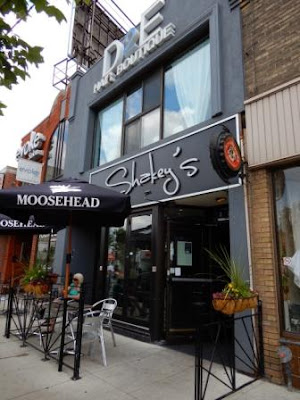 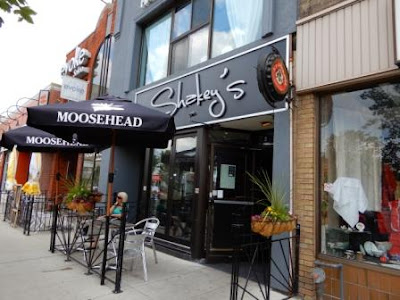 We sat inside and it was nice and cool.  If you are a hockey fan, you would like it because there is tons of hockey memorabilia on the walls (the restaurant was originally owned by former Toronto Maple Leaf Mike "Shakey" Walton). 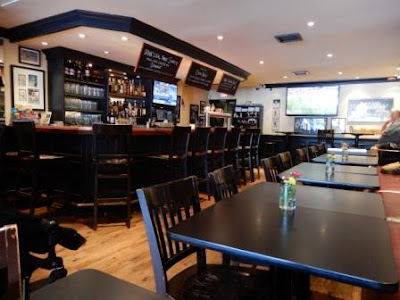 Gord started with mushroom soup, the soup of the day.  He was it was delicious (he ate it all) and he'd get it again. 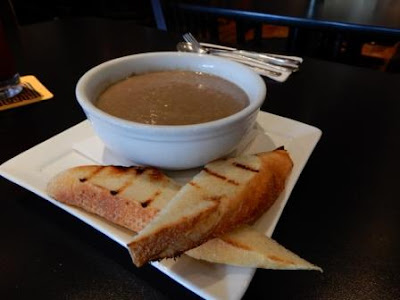 He also had Crab Croquettes.  He said it was really good and he'd get it again. 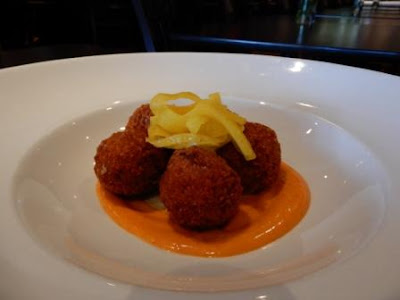 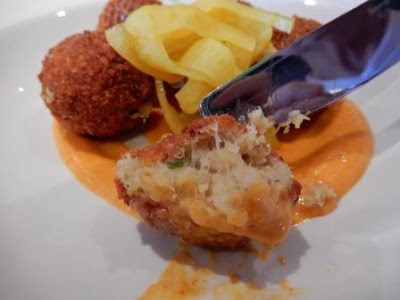 I ordered Dave's Burger without lettuce or onions.  It was a really good burger.  I ordered the patty "medium" ... it was juicy, flavourful and tender.  I'm not a big fan of French fries but these were really tasty  I'd get this again. 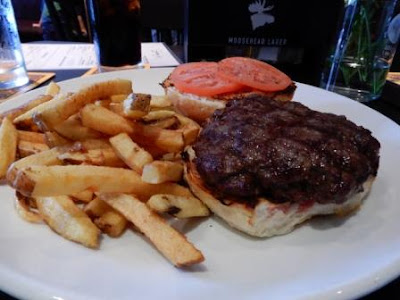 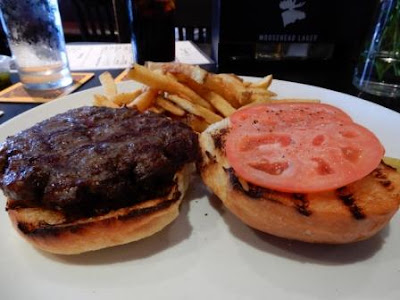 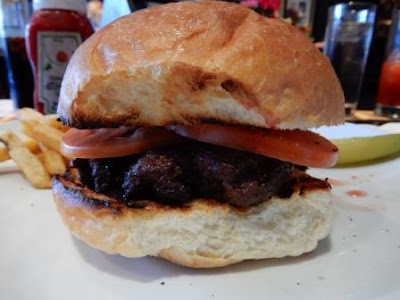 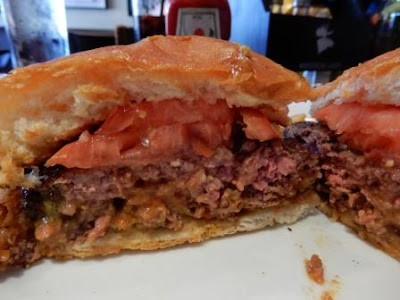 Emma was friendly and took good care of us.

I'd stop in again the next time I'm in that 'hood.

By Teena in Toronto at 1:00 pm
Email ThisBlogThis!Share to TwitterShare to FacebookShare to Pinterest
Label(s): Shakey's Toronto ON