Gord and I had brunch this morning at the Brazen Head Pub in Liberty Village.  It's been a while since we've been there. 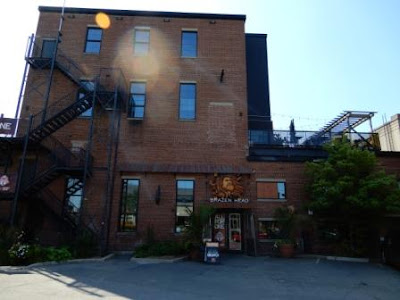 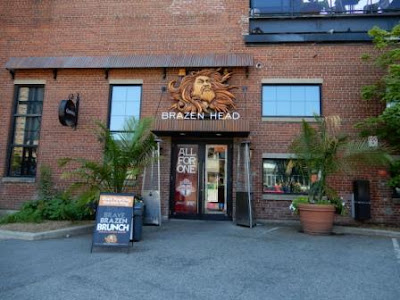 Before the Toronto Wolfpack games, people apparently meet there.  Gord and I have been to most of their home games, which are played nearby at Lamport Stadium.  The Wolfpack are now in the Super 8s (playoffs) and were playing an "away" game today in the UK against the Workingtown Town.  We thought it would be fun to don our Wolfpack gear, go for brunch and watch the game at the Brazen Head with other fans. 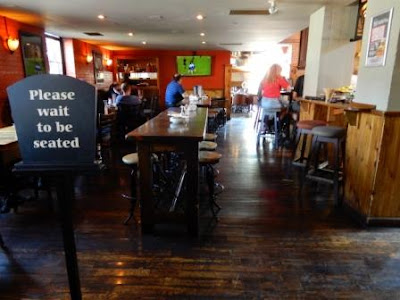 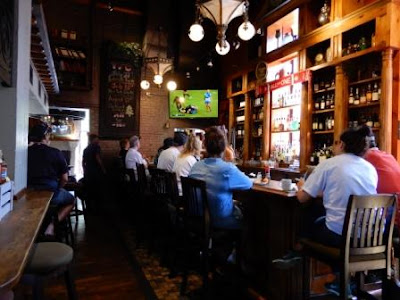 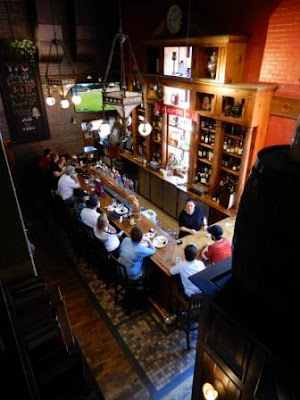 Gord and I both ordered "The Weekend".  Gord got his with bacon and I got mine with peameal bacon.  It was a good breakfast.  The tator tots were a fun surprise. 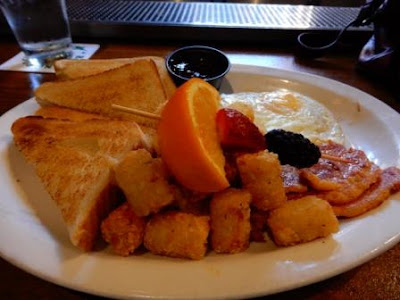 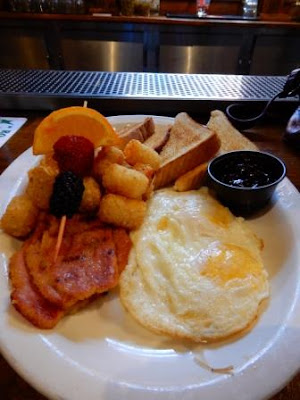 Rather than watch an "away" game at home as we usually do, it was fun to watch it with other fans (plus have someone else make breakfast).  There was cheering and clapping when the Wolfpack scored and/or made great plays.

The Wolfpack had their first loss of the season last week so it was good to see them win today (68 - 0).

By Teena in Toronto at 12:00 pm
Email ThisBlogThis!Share to TwitterShare to FacebookShare to Pinterest
Label(s): Brazen Head Pub Toronto ON