It was hot and sunny and Gord and I felt like being outside so we headed to Colonel Samuel Smith Park for a walk this afternoon.  Gord and I were there a couple years ago.

Colonel Samuel Smith Park is an urban park and a former weekend get-away destination for Victorian Torontonians. The park has a variety of attractions, including a children's playground located only steps from Lake Ontario. The park is named for Lieutenant Colonel Samuel Smith and lands were part of his property in the 1800s. The park was developed from the 1970s onwards and opened in 1996.

A scenic hiking trail along a peninsula on Lake Ontario provides access to the waterfron, and to several rocky beaches with views of the lake or for birdwatching. A nearby yacht club provides opportunities for boat watching. The park offers a panoramic view of the city, with the iconic CN Tower visible on a clear day, as well as prime fishing spots and other outdoor activities.

Throughout the park are observation decks, from which visitors may spot wildlife engaged in various activities, such as turtles sunning themselves on the rocks, groups of baby ducks and swans, beaver dams and even the beavers themselves. Over one hundred bird species nest in the area.

We headed right to the water and there was a nice breeze. 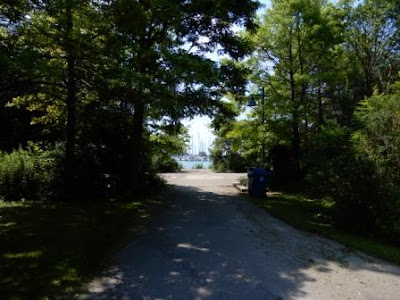 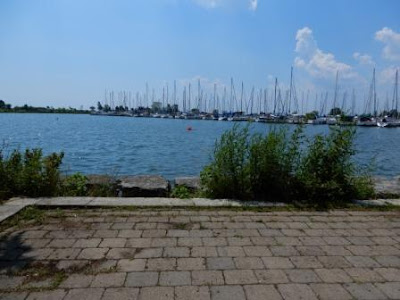 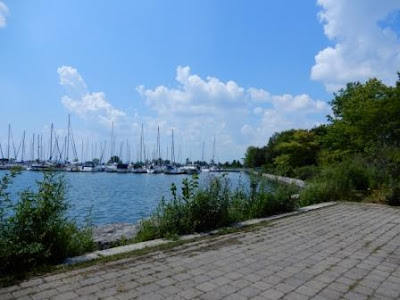 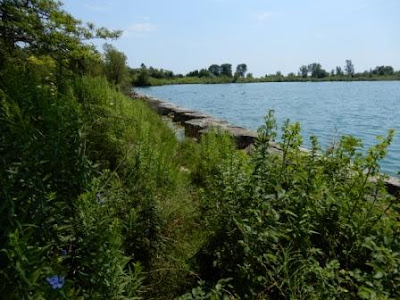 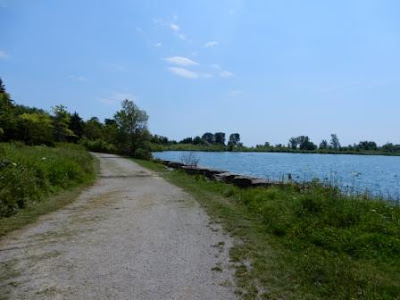 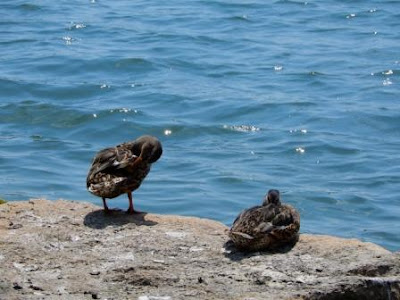 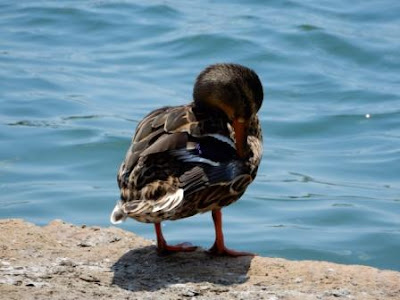 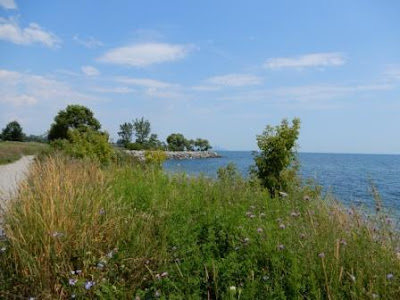 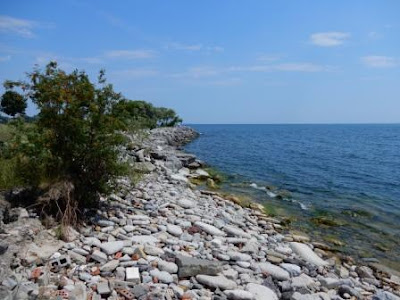 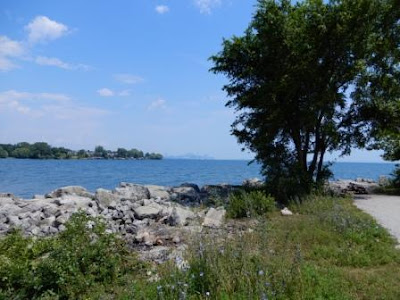 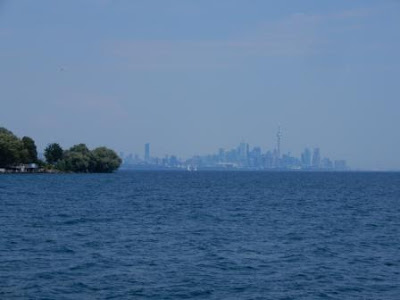 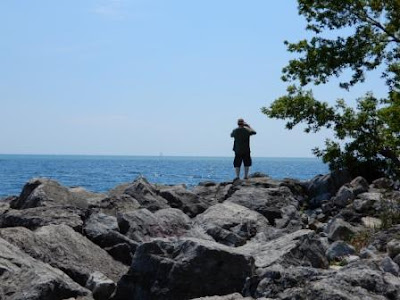 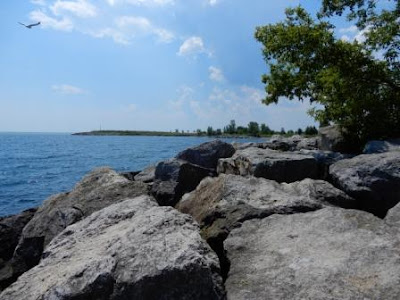 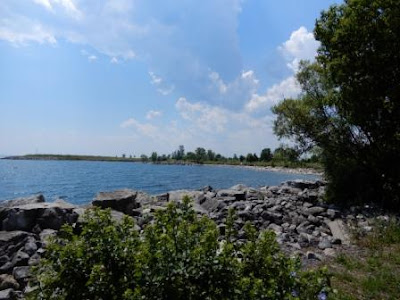 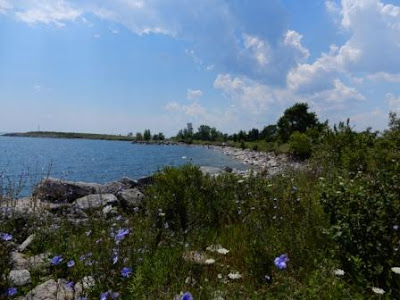 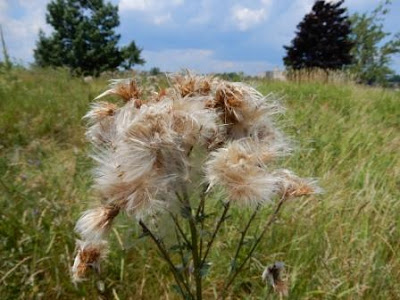 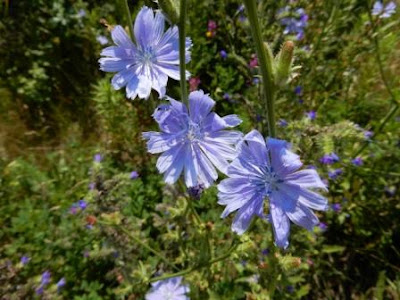 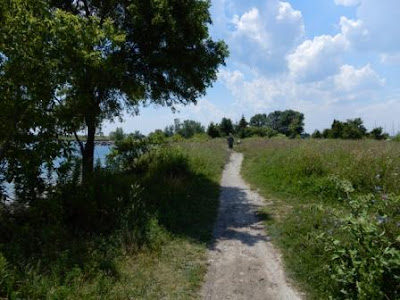 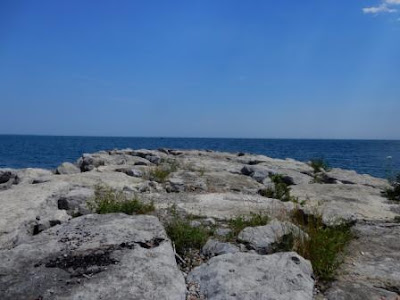 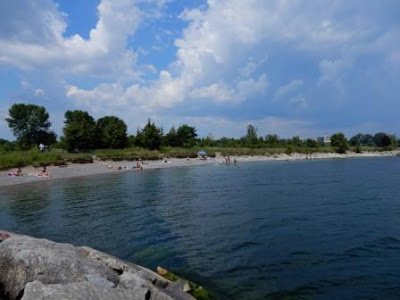 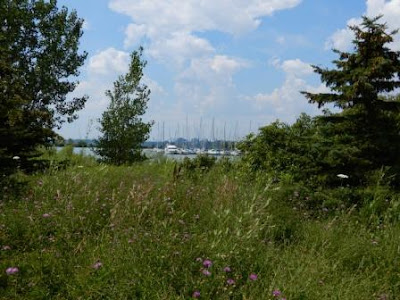 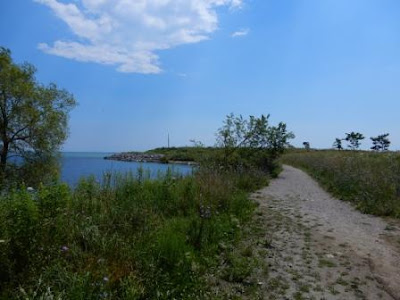 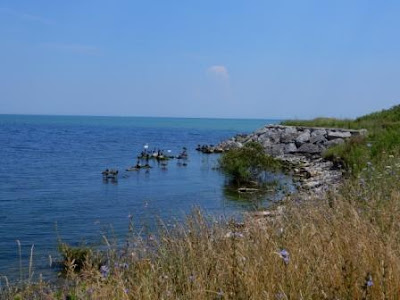 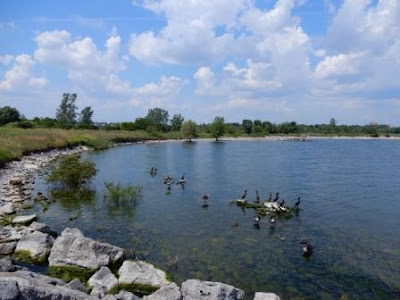 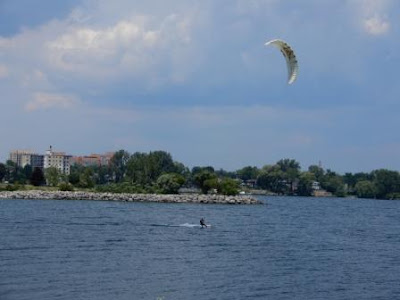 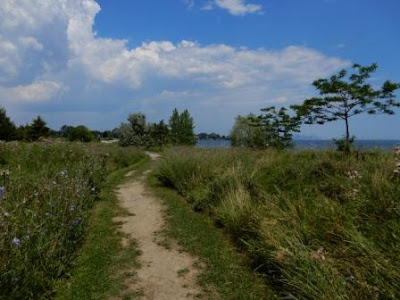 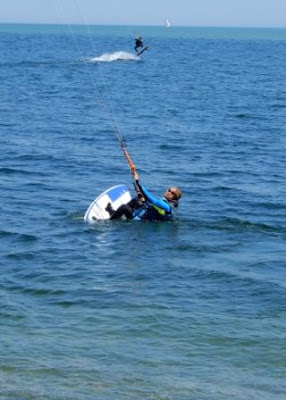 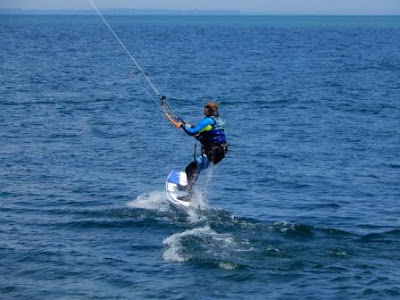 We'll be back!
By Teena in Toronto at 3:00 pm
Email ThisBlogThis!Share to TwitterShare to FacebookShare to Pinterest
Label(s): Toronto

Looks like a great way to spend a summer day.