Gord and I went to Harbourfront to check out the Waterfront Festival.

We got off transit at Spadina/Queens Quay and headed east.

We walked through HTO Park ... there was lots going on. 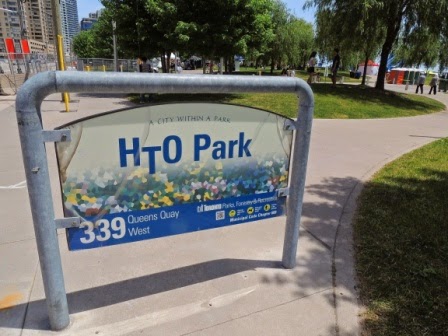 There were a few people enjoying the park. 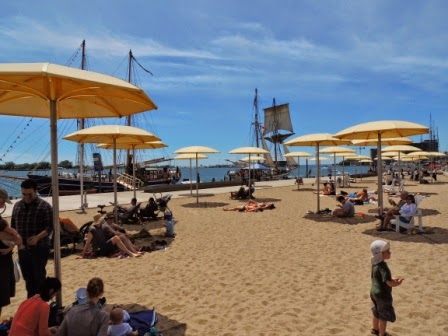 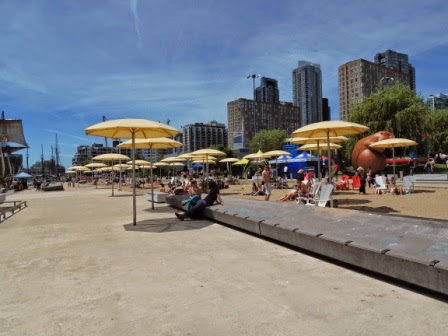 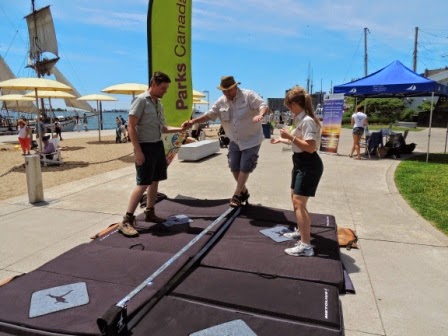 Kids could get a tattoo. 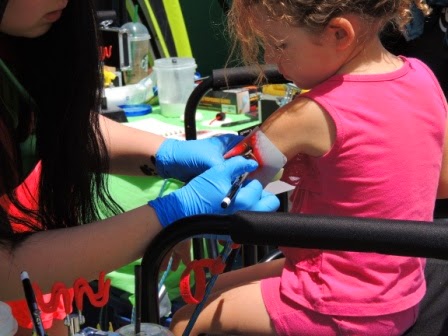 A pirate was talking with kids about buried treasure. 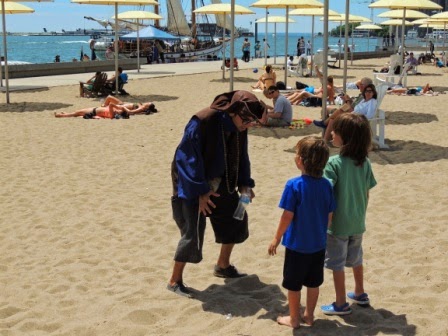 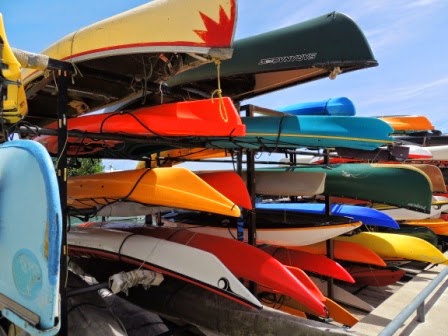 The PEI tourist bureau had a booth set up. 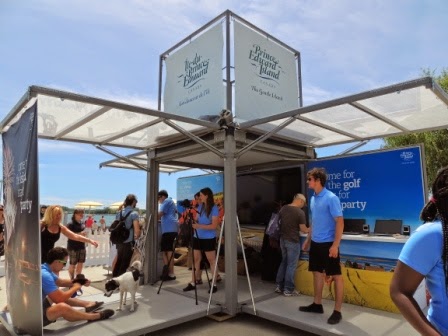 There was a band playing Spanish tunes at Harbourfront. 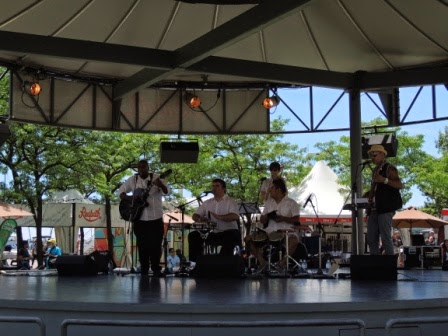 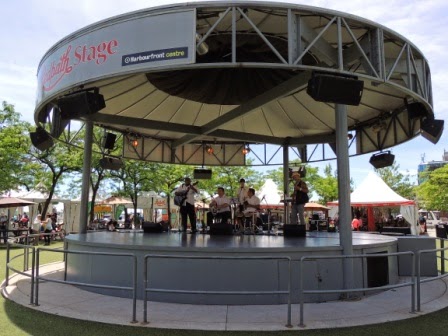 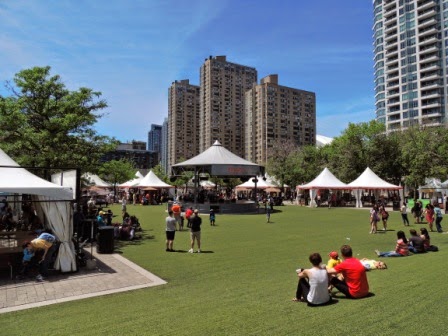 Rounds two and three of the 2014 Flyboard North American Championships were happening at Harbour Square Park.  It was fun to watch! 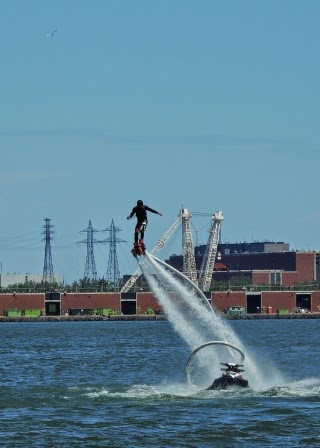 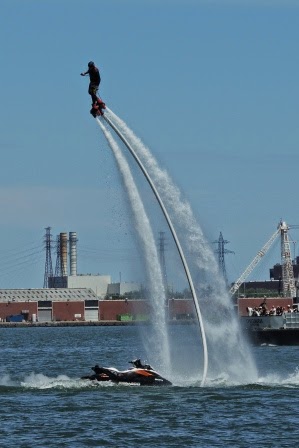 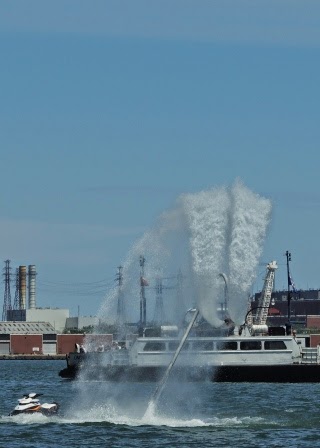 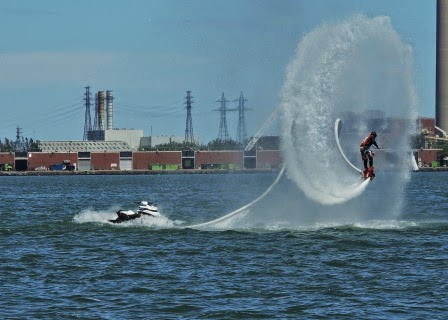 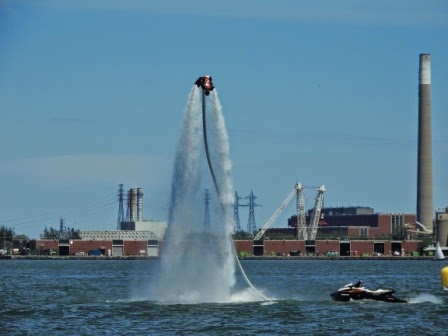 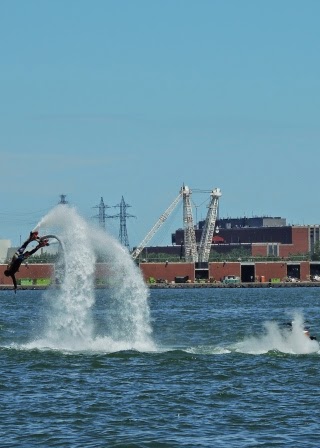 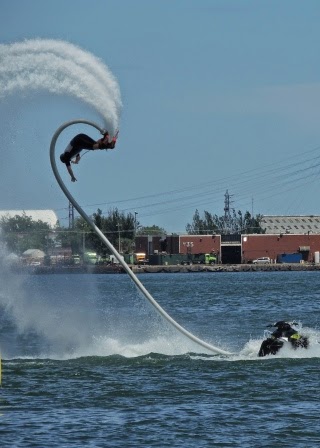 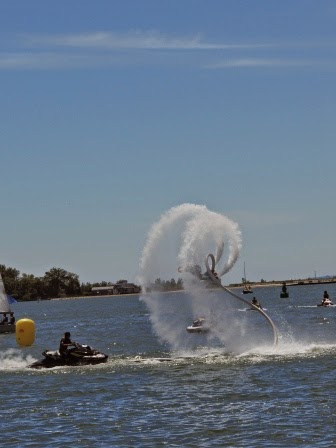 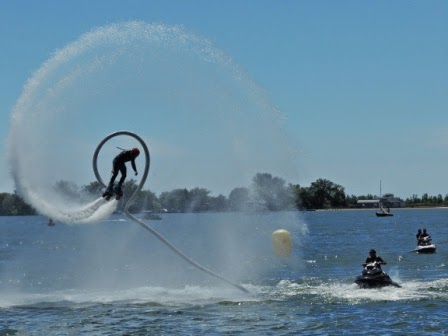 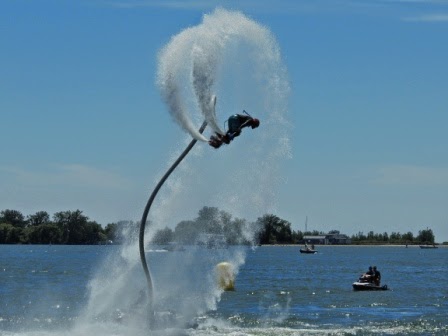 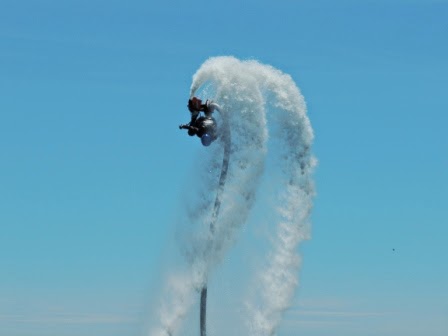 There were lots of people checking out the festival. 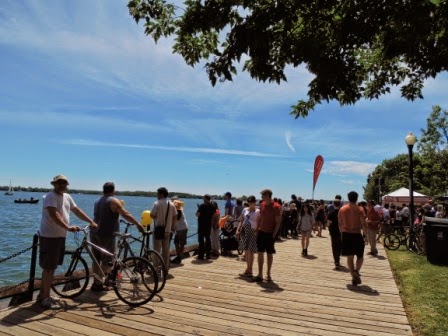 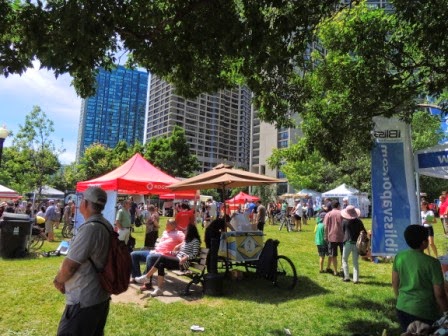 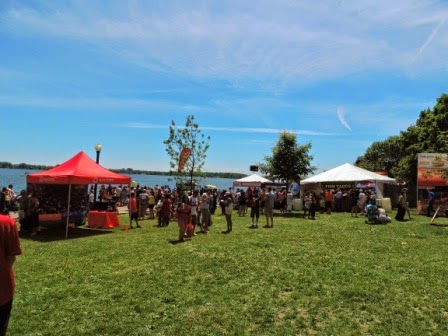 By Teena in Toronto at 2:30 pm
Email ThisBlogThis!Share to TwitterShare to FacebookShare to Pinterest
Label(s): Festivals

You guys do the coolest stuff. Do you ever stay home lol?

So many fun things going on. Lucky you!