Sister Sarah and I were supposed to go on a four hour boat cruise yesterday afternoon but it got cancelled so we did the bus tour of Nassau instead.

We started our morning at the beach.  During the early part of the week, it had been windy and the water was rough so it wasn't much fun spending time in the water.  But today everything was calm and I was in and out often. 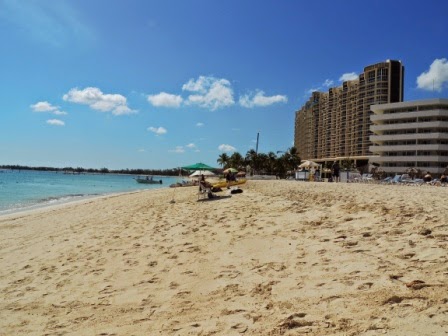 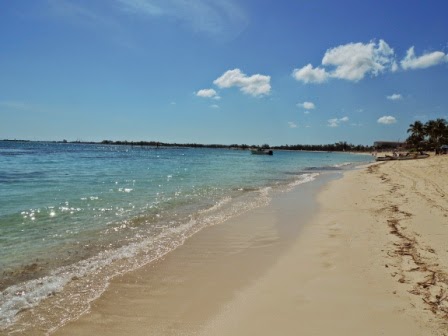 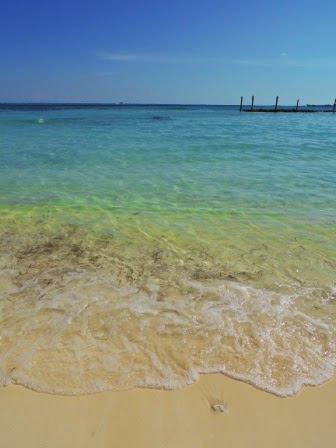 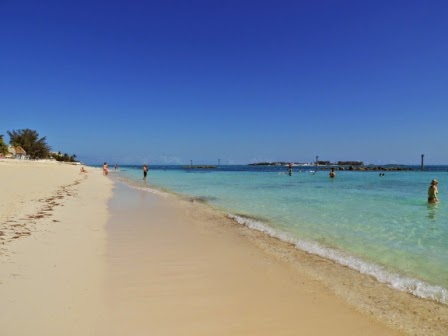 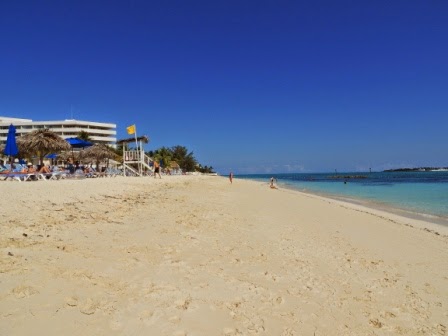 They have bar and food service on the beach so we had an early lunch and ordered hot dogs.


We spent the afternoon relaxing in the pool.

This evening there was a BBQ by the pool. 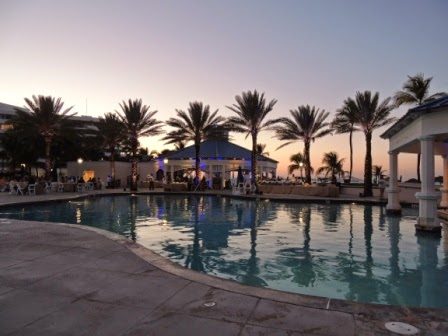 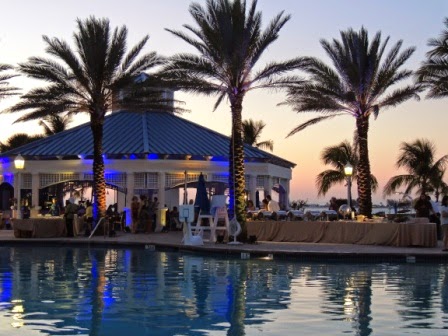 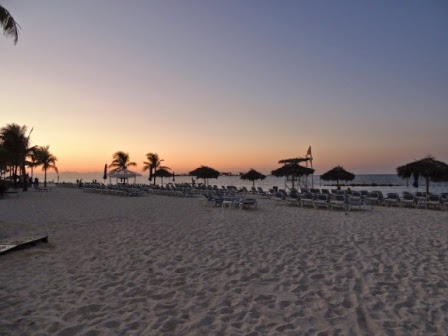 A band called The VIPs were playing ... they played a variety of tunes and were good. 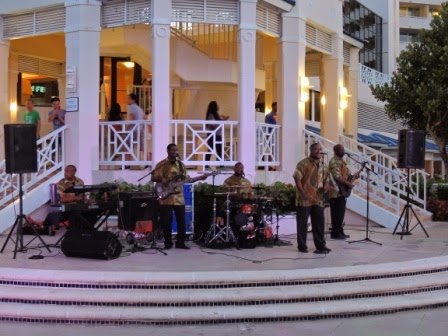 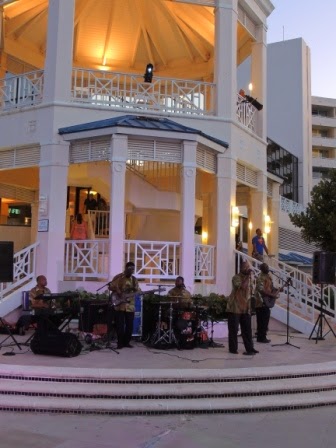 There was a fabulous selection of food. 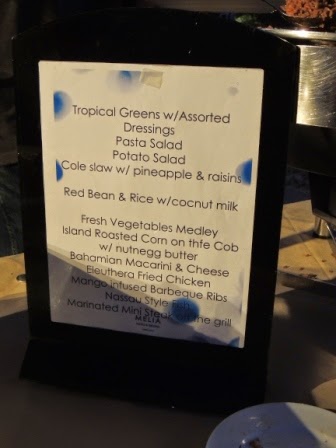 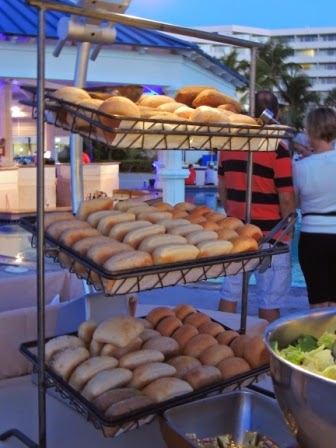 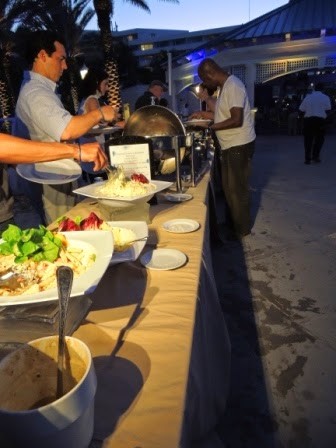 Needless to say, I was full.  It was nice to sit outside and eat while listening to the band.

Then a Junkanoo band came by and they were awesome! 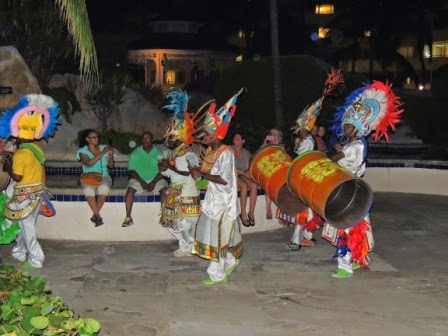 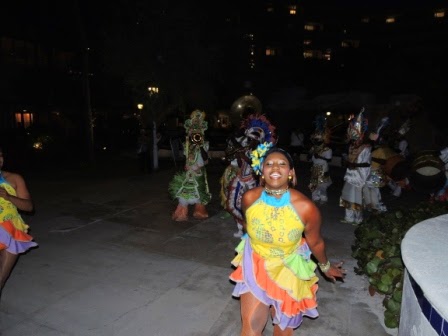 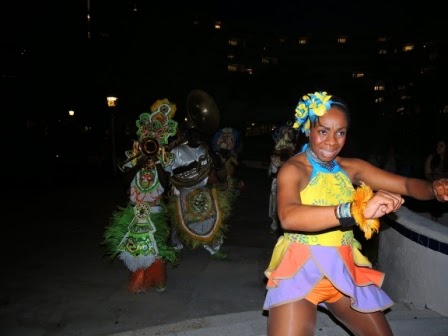 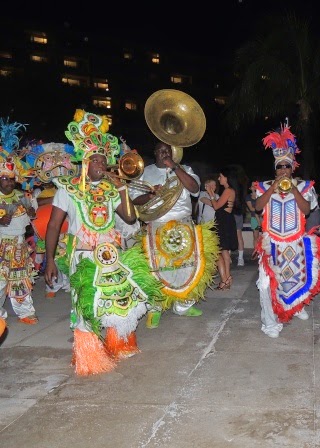 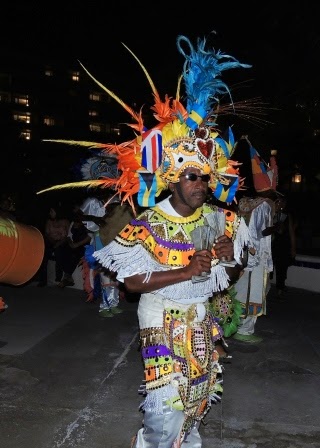 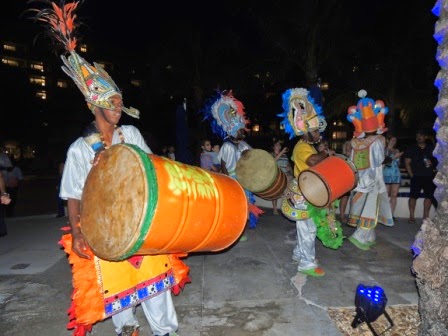 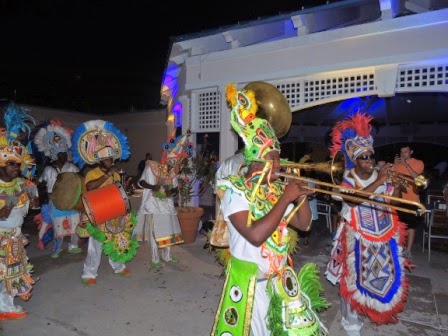 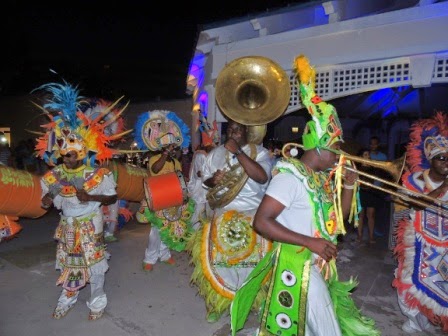 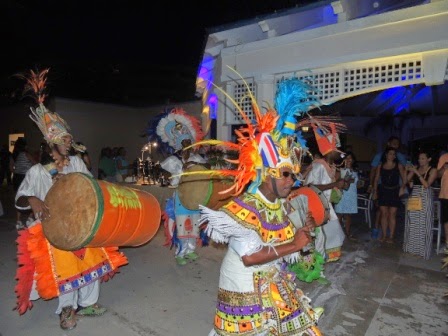 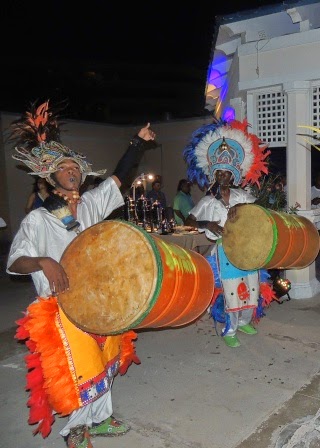 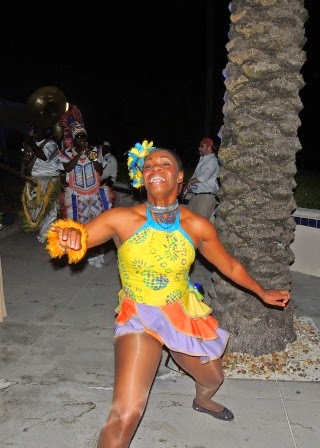 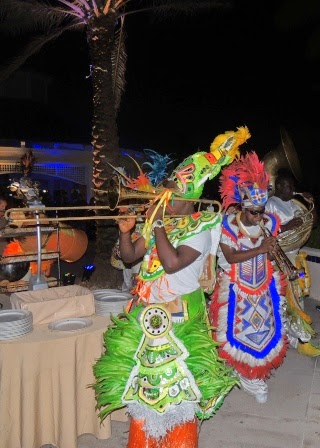 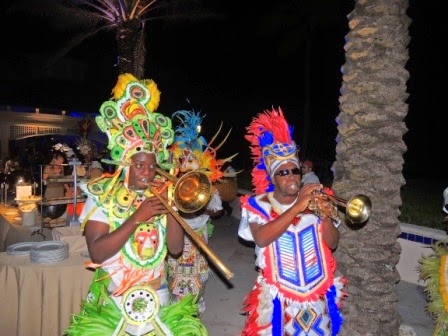 The VIPs played again for a while after that.

So it was a relaxing day and the BBQ was a great way to end it.
By Teena in Toronto at 10:00 pm
Email ThisBlogThis!Share to TwitterShare to FacebookShare to Pinterest
Label(s): Bahamas 2014

All that food looks SO good. What a great day you ladies had.

Looks like you two are having lots of fun.