Jane's Walk - Visions of Parkdale Past and Future, In the Balance, Toronto, ON

Gord and I did a Jane's Walk at 1pm today.

Jane’s Walk celebrates the ideas and legacy of urbanist Jane Jacobs by getting people out exploring their neighbourhoods and meeting their neighbours. Free walking tours held on the first weekend of May each year are led by locals who want to create a space for residents to talk about what matters to them in the places they live and work. Since its inception in Toronto in 2007, Jane’s Walk has expanded rapidly.

We did the Visions of Parkdale Past and Future, in the Balance walk.  We live near Parkdale so thought it would be interesting.  It started at Queen Street W/King Street W/Roncesvales and ended at King Street W/Atlantic and was about two hours.

Alec Keefer will lead us through what remains of the first lakeside Estates near King Street, then show us remnants of the mansions on Jameson. Where are they? We will see the middle class homes and institutions on Dunn and other streets. We will see the various pockets of blue collar housing. Why are they in these places? Alec will trace the changes in Spencer and Tyndall, leading us into Liberty Village, at the border of Parkdale.

Jack Gibney will describe a vision of a beautiful historic village with increased housing, commercial and parking space and plans to preserve some beautiful buildings and make Parkdale the Paris of Toronto.


Alec Keefer led the walk.  He was very knowledgeable about the neighbourhood and passionate about sharing the information. He has lived in Parkdale for over 30 years and is the author of numerous books mostly on the architectural growth of this city. Jack developed the Parkdale Village Historical Society with Alec. 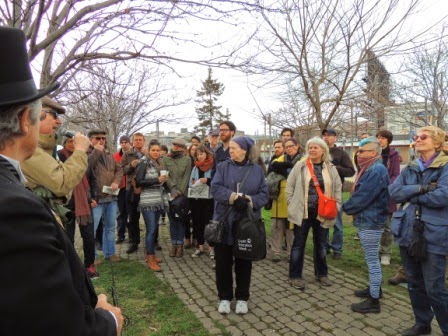 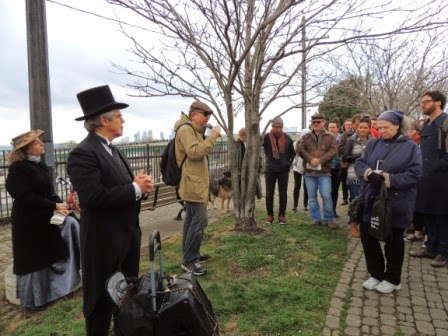 Before we started, they had everyone swear we wouldn't complain about the weather ... alas, that didn't work to hold off the rain.


There was a lot of information and I made notes as we went ... and still missed a lot.  I researched to try to fill in some of the blanks.


We walked east along King Street W and headed north on Triller Avenue, which is now a combination of older houses and apartment buildings, which Jane would have approved of. 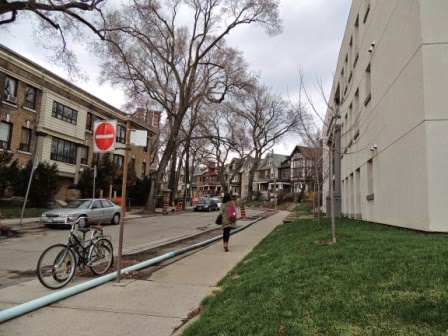 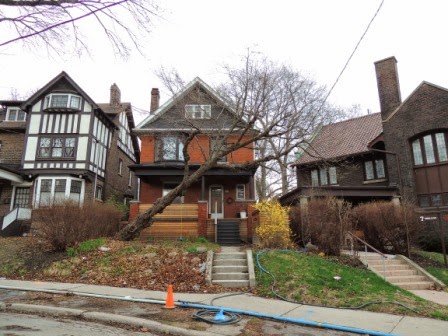 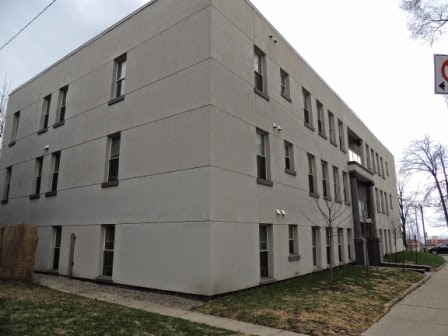 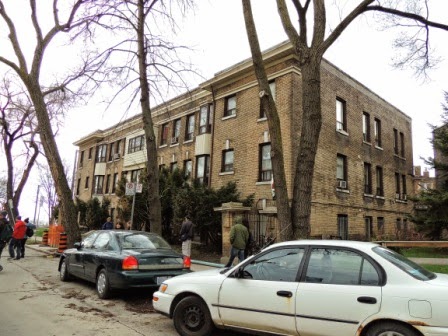 We walked back to King Street W and headed east to Wilson Park Road. 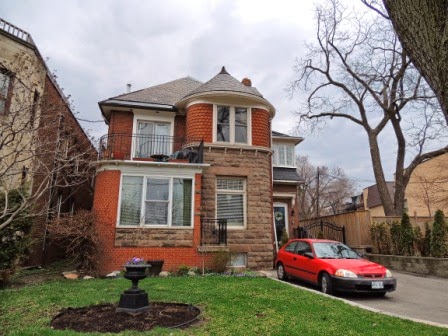 We headed back east along King Street W and then south on Dowling Avenue.


Along the way, we walked by Glenavon Road, which heads west from Dowling Avenue. 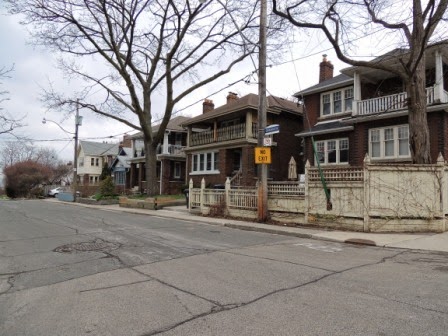 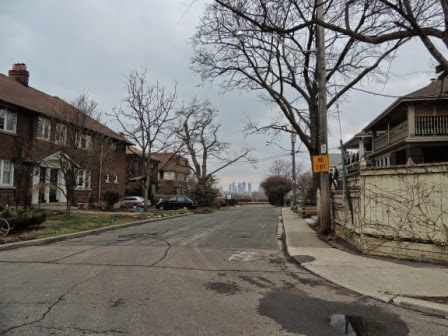 Most of the houses on Jameson Avenue were demolished to make way for apartment buildings. 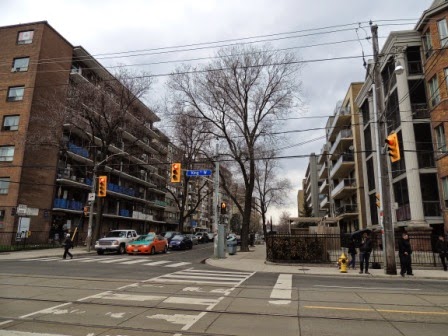 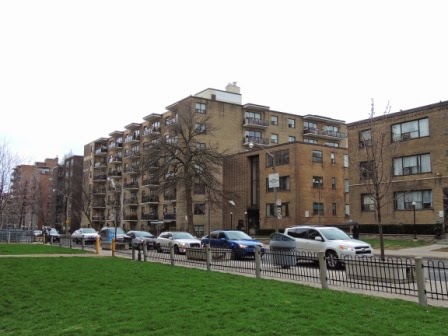 We headed south on Close Avenue and stopped by Jack and Mona's house. 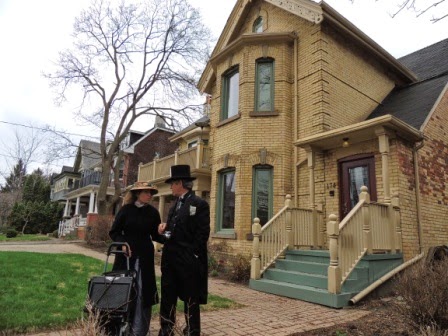 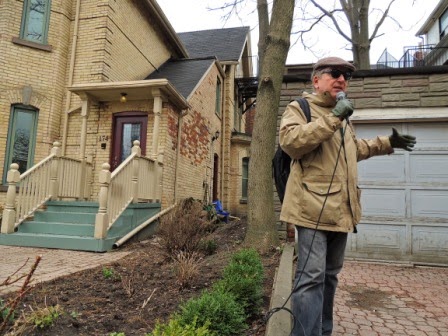 Across the street is the Parkdale United Church, which was built in 1976 to replace the original one which opened in 1878. 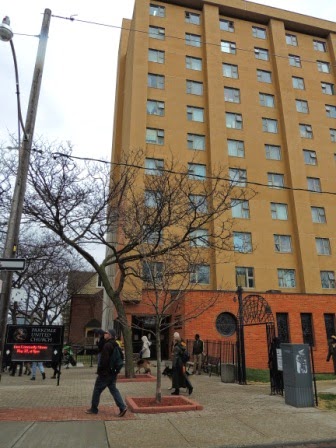 We walked back to King Street W.


The houses south on Cowan Avenue apparently don't have much of a backyard. 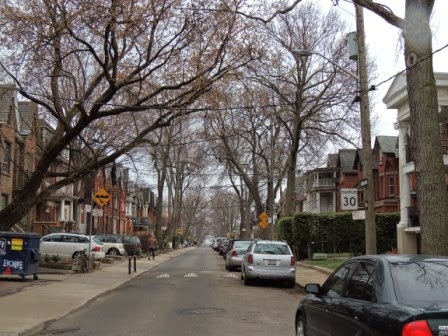 And then the rain started.


We headed south on Dufferin.


We headed east on Liberty Street. 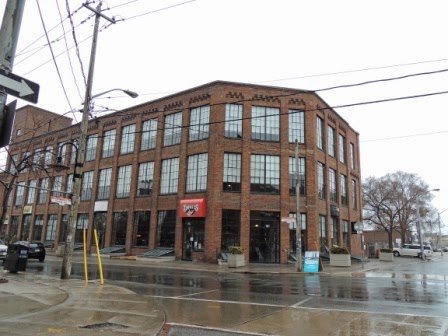 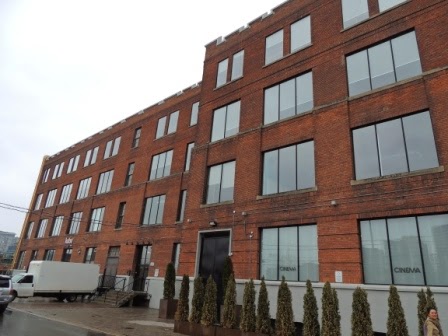 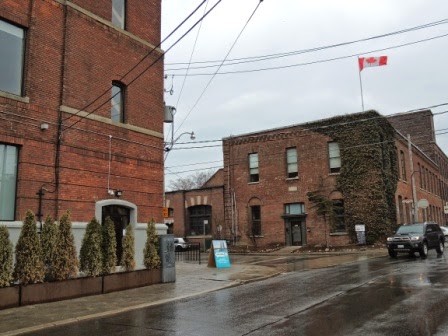 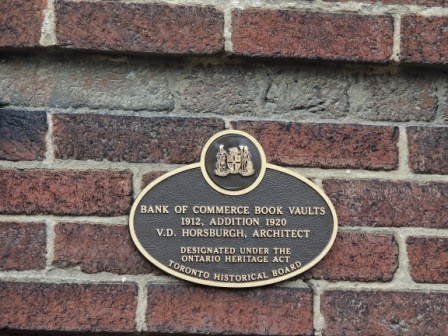 It was an interesting walk and make me look at buildings I've never noticed before.
By Teena in Toronto at 3:20 pm
Email ThisBlogThis!Share to TwitterShare to FacebookShare to Pinterest
Label(s): Jane's Walk

My hubby and I love going on tours like this!!

These are such great walks. Unfortunately, I missed that it was happening until too late! Maybe next year!

Very well documented article. I hope in future you will cover more Historical walks in Parkdale and allow the Parkdale village Historical Society to include your articles on pvhs.info.Jack Gibney