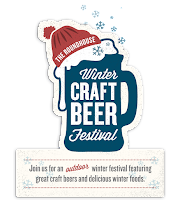 Steam Whistle Brewing held their annual Roundhouse Winter Craft Beer Festival next to their brewery today ... I've been to most of them (plus the the summer ones).

It was held outside, which is very Canadian!  The sky was grey and the temperature was just above freezing.

The gate was due to open at 11am and I got there at just after noon. 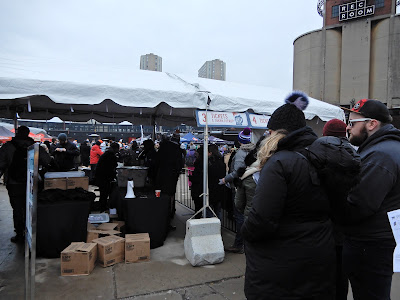 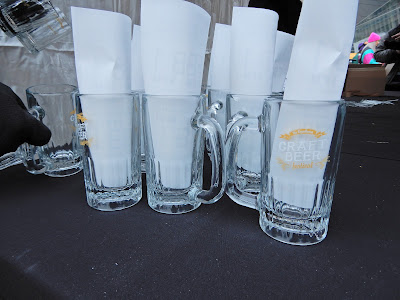 There were lots of people when I got there. 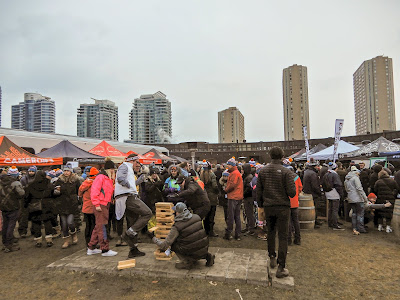 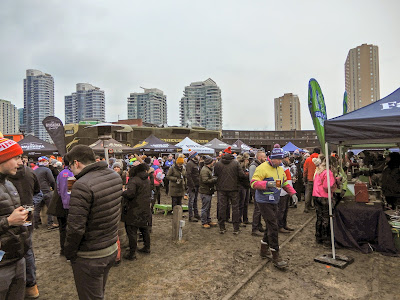 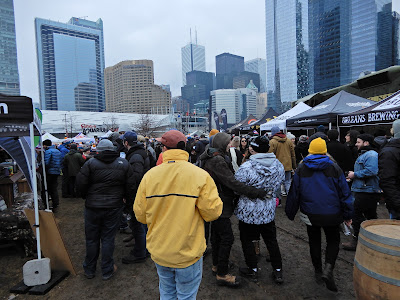 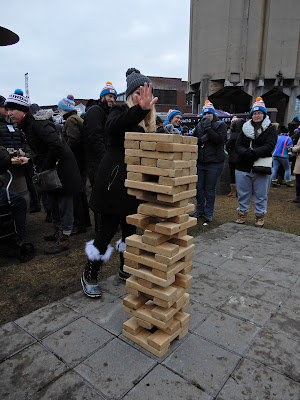 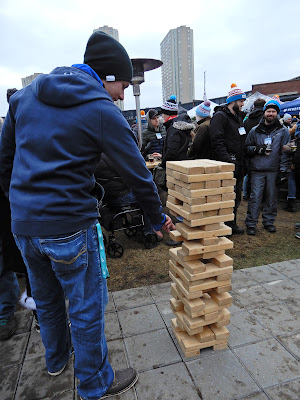 My first beer was a Helles Lager from Newark Brewing Company. 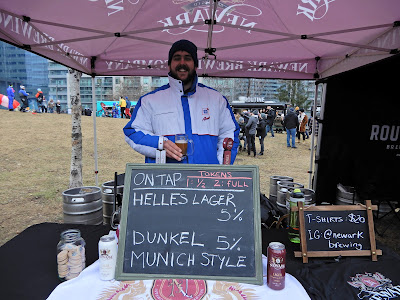 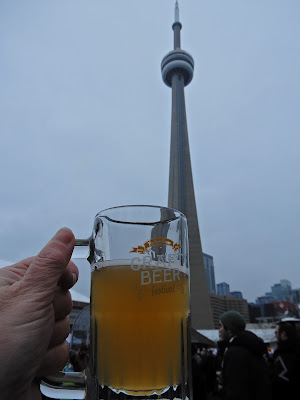 My pals, Darlene and Christine, weren't expecting me to be there (because I had surgery on Monday) so were surprised when I found them.


Here's what I had ... a Klondike Clark Lagered Ale from Longslice. 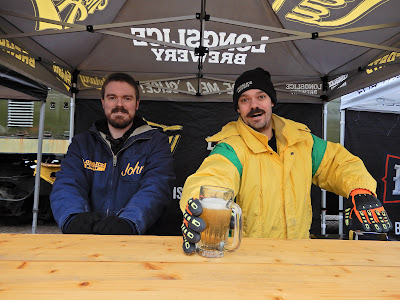 A  Go-Ahead from Left Field Brewery. 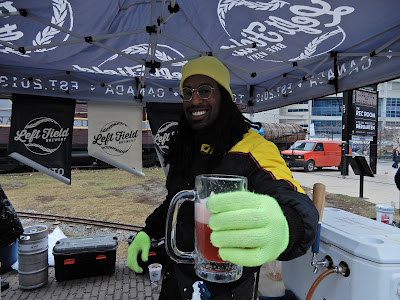 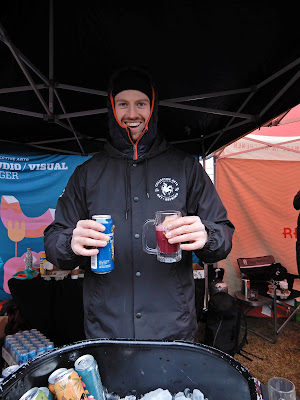 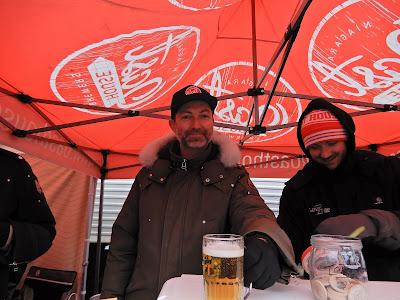 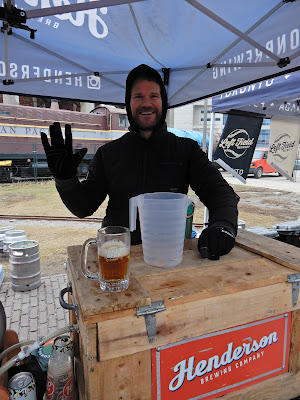 Around 2pm, the line-ups for beer were getting really really long so it was getting less fun.  Around 2:45pm, it started snowing and it got colder.  I left around 3pm.  It was a fun festival!
By Teena in Toronto at 3:00 pm
Email ThisBlogThis!Share to TwitterShare to FacebookShare to Pinterest
Label(s): Beer festivals