"Jesus Hopped the 'A' Train", Soulpepper Theatre, Toronto, ON 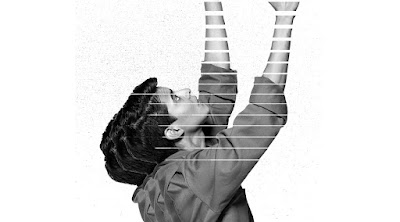 This afternoon Gord and I saw the play Jesus Hopped the 'A' Train.  Our neighbour, Simon Fon, who is the fight director, recommended it to us.

When justice locks you up, what sets you free? Gripping from start to finish, two notorious men await trial for murder, only to discover justice and goodness where it is least expected. Pulitzer Prize-winner Stephen Adly Guirgis delivers an uncompromising drama about contradiction, contrition, and hypocrisy. 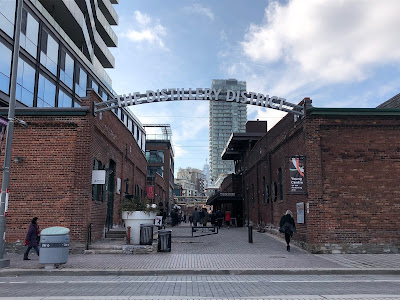 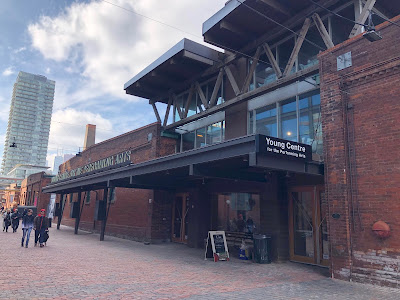 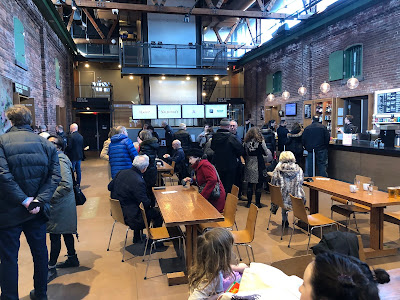 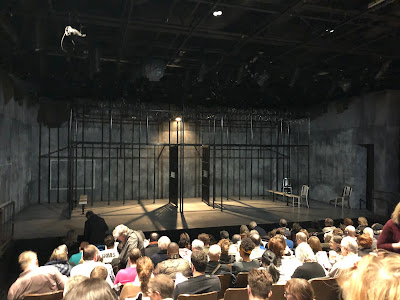 Lucius is in prison for being a serial killer ... he'd killed eight people (that they knew of).  He is supposed to be returned to Florida where he will face death row.  While in prison, he finds God.  He befriends a guard who is eventually fired and replaced by a tough no-nonsense guard, Valdez.  Angel has been put in jail for shooting someone in the butt, who passed away from a heart attack.  His court-appointed lawyer is trying to get his charge reduced.

This play was sold out today and we could see why.  The acting was amazing and it was easy to get caught up in the story.  Daron A. Herbert stood out as Lucius ... at times it was like someone wound him up.  Tony Nappo played his part well as the A-hole guard Valdez.  Xavier Lopez became passionate in the second half as Angel.  Gregory Prest was the sympathetic friendly guard, D'Amico.  Diana Donnelly was good as Angel's lawyer, Mary Jane.

It's on until February 23 and you should go see it! 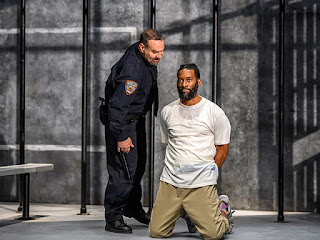 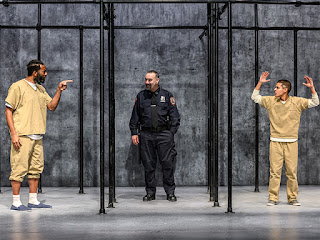 By Teena in Toronto at 5:00 pm
Email ThisBlogThis!Share to TwitterShare to FacebookShare to Pinterest
Label(s): Live theatre, Live theatre: Soulpepper