Gord and I had lunch today at Northern Maverick Brewing Co. (on Bathurst Street just north of King Street W) ... they were hosting the viewing party of the Toronto Wolfpack vs. St. Helens RFC game in Warrington.  It was Round five of the 2020 Betfred Super League.  The Wolfpack was last in Super League with no wins or ties and four losses.

There was a good crowd.  The lower level holds about 200 people and it was fairly full with Wolfpack fans ... it's a good thing Gord made reservations!  There was a Wolfpack owner and execs in attendance. 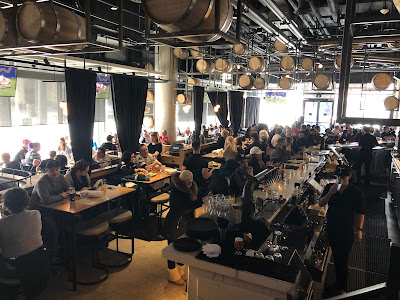 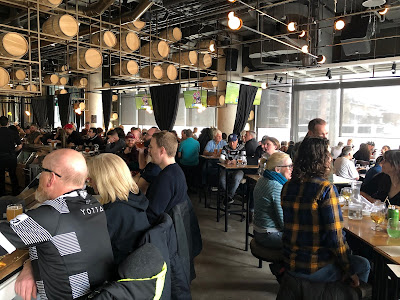 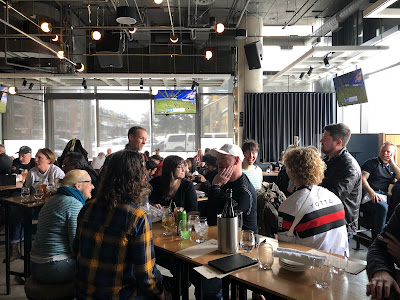 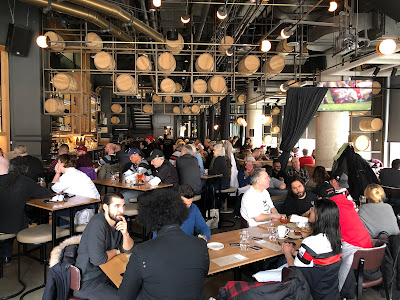 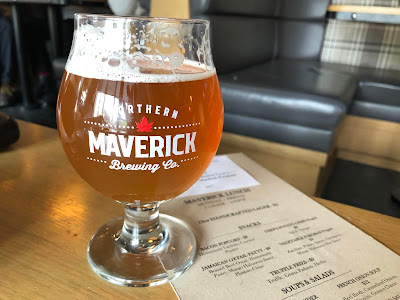 They had 80 meat pies available ... and Gord and I both ordered one.  The meat pies were hot and really tasty ... we'd get them again.  The potatoes and peas were cold (as they were for the table next to us) and Kelly, our server, brought over some hot fresh ones.  Plus the manager came over to apologize.  The potatoes were really good, especially with gravy.  The mushy peas were interesting ... I'd never had them with mint before. 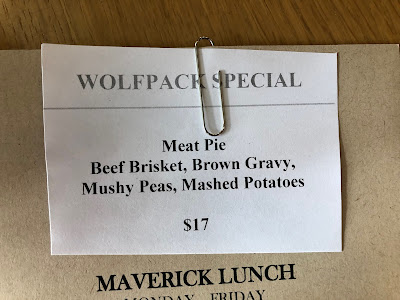 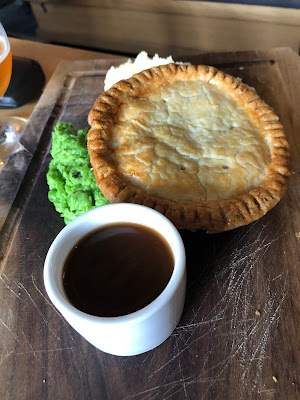 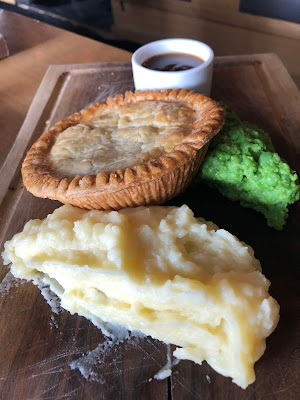 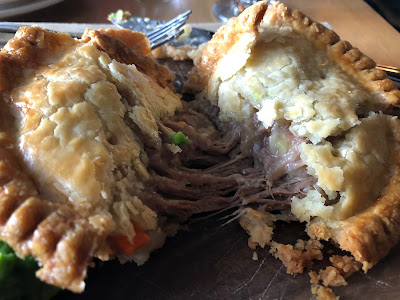 Kelly was friendly and took good care of us.

By Teena in Toronto at 3:30 pm
Email ThisBlogThis!Share to TwitterShare to FacebookShare to Pinterest
Label(s): Northern Maverick Brewing Co. Toronto ON, Toronto Wolfpack