This afternoon I saw Hamilton.

Hamilton is the story of America's Founding Father Alexander Hamilton, an immigrant from the West Indies who became George Washington's right-hand man during the Revolutionary War and was the new nation’s first Treasury Secretary. Featuring a score that blends hip-hop, jazz, blues, rap, R&B, and Broadway, Hamilton is the story of America then, as told by America now.

With book, music and lyrics by Lin-Manuel Miranda, direction by Thomas Kail, choreography by Andy Blankenbuehler and musical supervision and orchestrations by Alex Lacamoire, Hamilton is based on Ron Chernow’s biography of Founding Father Alexander Hamilton.

It is playing at the Ed Mirvish Theatre on Yonge Street (just south of Dundas Street E) from February 11 until May 17.  Tickets went on sale for it in the fall and sold out immediately.  I checked this morning to see if there were any available for this afternoon's performance and there were a handful so I bought one. 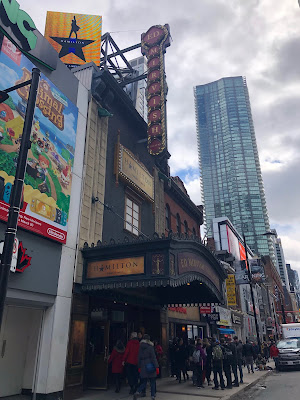 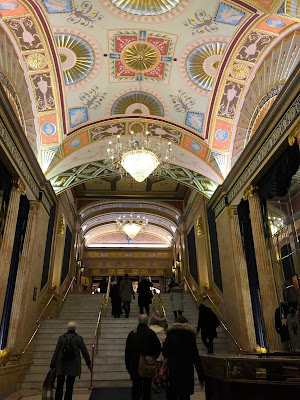 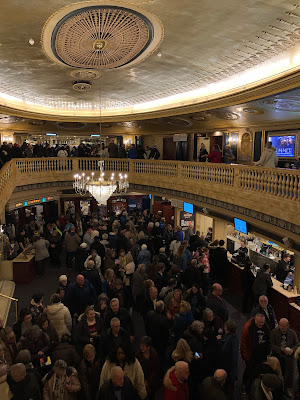 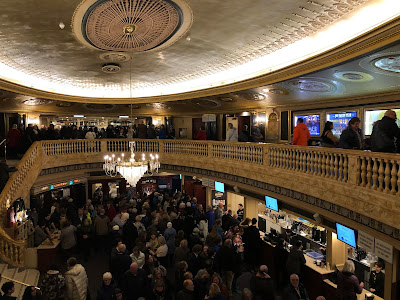 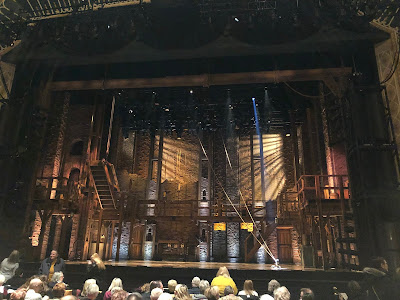 Going in I didn't know too much about Hamilton.  I knew it had something to do with early American history and I was interested in seeing it because it's supposed to be awesome and is in such demand.  In hindsight, I should have done a bit of research because I didn't know who Alexander Hamilton was and why he is such a big deal.  It would have been easier to follow what was going on.  Hamilton (1757 - 1804) was an American statesman, politician, legal scholar, military commander, lawyer, banker and economist, and one of the Founding Fathers of the United States.  As a Canadian, I'm not overly interested in American history so the content didn't really resonate with me.  Plus it's long ... almost three hours!

That being said, everything else was excellent ... the singing, the acting, the choreography, the music (ranging from bluesy/jazzy to hip hop to ballads and more).  The stage and lighting were used quite creatively.  I can see now why everyone is raving about it and I'm glad I got to see it.
By Teena in Toronto at 4:30 pm
Email ThisBlogThis!Share to TwitterShare to FacebookShare to Pinterest
Label(s): Live theatre, Live theatre: Mirvish