Before this evening's game, the Halifax Thunderbirds had a pre-game party at the Lower Deck ... and Gord and I were there! 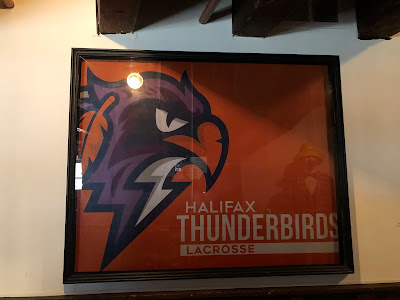 Zach from the National Lacrosse League (NLL) was there with the Alterna Cup and giving out Alterna and Thunderbirds swag.  The brand-new season long competition is among all five Canadian clubs (Calgary, Halifax, Saskatchewan, Toronto, and Vancouver) who will be competing for the inaugural Alterna Cup. This Cup was created in partnership with Alterna Bank and Alterna Savings. 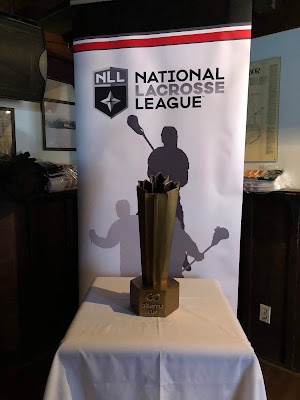 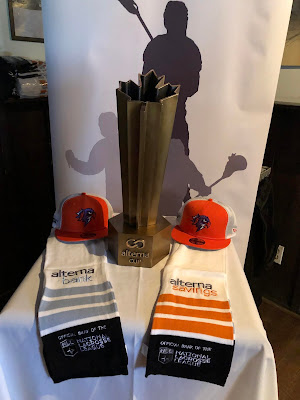 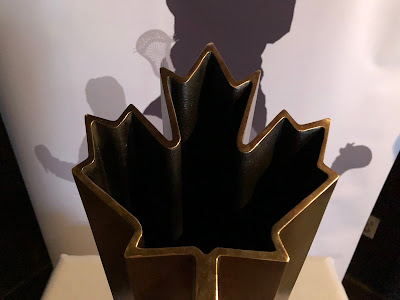 I thought this guy was missing something so had him pose with my Toronto Rock scarf.  Stylin'! 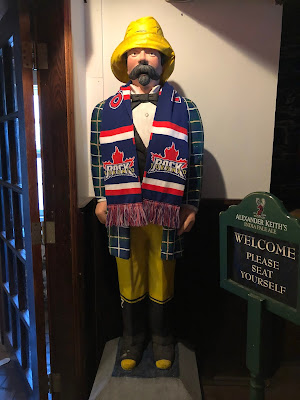 Things heated up when a Thunderbirds hat was placed on his head so I had to put my Toronto Rock scarf back on him. 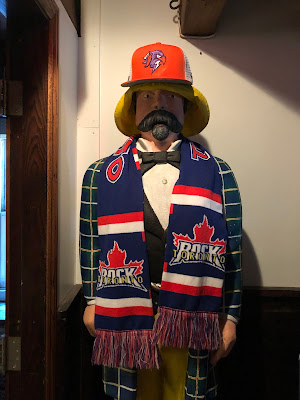 Gord and I were outnumbered by Thunderbirds fans and there was some fun trash-talking, especially with Craig. 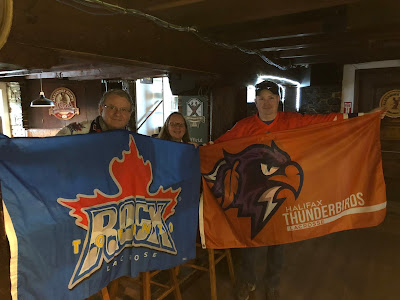 It was a fun time!  Zach, the Alterna trophy, Alterna swap and Rock swag will be at Kelly's Landing before the March 13 game.
By Teena in Toronto at 5:00 pm
Email ThisBlogThis!Share to TwitterShare to FacebookShare to Pinterest