After Gord and I left the Toronto Wolfpack vs. St. Helens RFC viewing party at Northern Maverick Brewing Co., we walked to Stackt Market.

Stackt Market is on a previously vacant 2.6-acre plot of city-owned land at Front Street and Bathurst Street and has a two-year lease on the land. It opened about a week and a half ago and businesses will fill about 120 containers offering various goods and services. More than one business can operate out of the same container, which range from 140 to 1800 square feet. The market offers leases to tenants ranging from as little as two days to 18 months.

The market was quiet and we went to Belgian Moon, a beer hall, which it was pretty crowded. 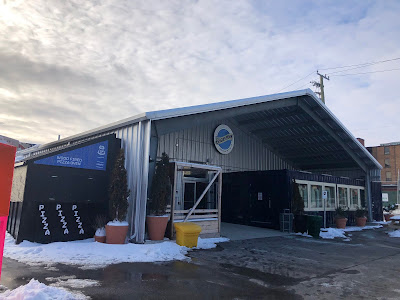 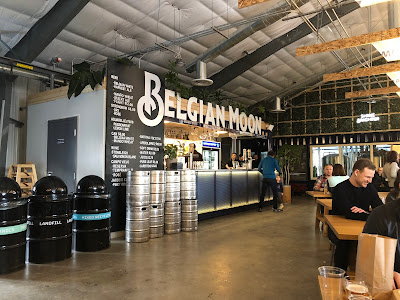 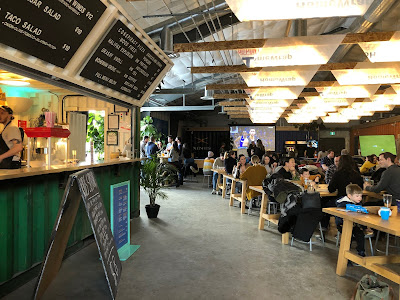 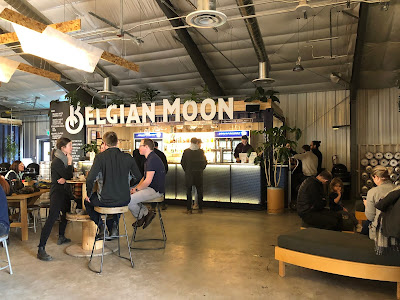 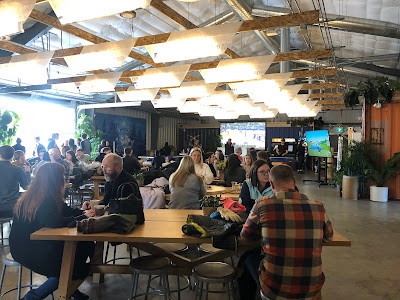 Gord and I split a Halifax Explosion pizza ... ground beef, shredded pepperoni, onions, tomatoes and donair sauce.  Gord's half had no tomatoes and my half had not onions.  It was a good pizza.  I was expecting the donair sauce to replace the tomato sauce but it didn't, which I was happy about ... it would have have been really sweet if it was. 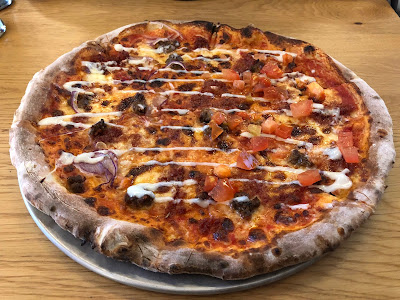 By Teena in Toronto at 6:30 pm
Email ThisBlogThis!Share to TwitterShare to FacebookShare to Pinterest
Label(s): Belgian Moon Stackt Market Toronto ON