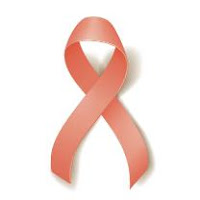 The week before Christmas I learned I had cancer in my uterus.

I'd had a couple funky ultrasounds (there was "debris" found).  In November, I had a procedure with a gyno at St. Michael's Hospital where a camera was inserted inside me to see what what going on and a sample was taken.  That's how they found out I had cancer.  Needless to say, it was not the news I was expecting.

Signs and symptoms may include:

Doctors don't know what causes endometrial cancer.  What's known is that something occurs to create changes (mutations) in the DNA of cells in the endometrium (the lining of the uterus).  The mutation turns normal, healthy cells into abnormal cells.  Healthy cells grow and multiply at a set rate, eventually dying at a set time.  Abnormal cells grow and multiply out of control and they don't die at a set time.  The accumulating abnormal cells form a mass (tumor).  Cancer cells invade nearby tissues and can separate from an initial tumor to spread elsewhere in the body (metastasize).

Factors that increase the risk of endometrial cancer include:

To reduce your risk of endometrial cancer, you may wish to:

My gyno scheduled me for a total hysterectomy (the removal of the uterus, cervix, fallopian tubes and ovaries). 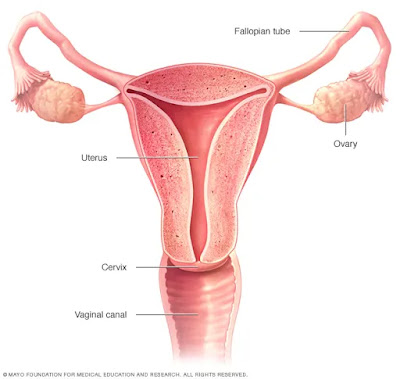 That happened yesterday.  I had to be at St. Michael's Hospital at 6am to get prepped.  The surgery started at 8am and lasted three hours.  There are four small incisions (maybe an inch long) in my belly ... one on the right side, one in my belly button and two on the left side.  I spent about two hours in recovery before being moved to my room, where I spent the night.

During the night, I was woken up every two hours by nurses to check my blood pressure, my temperature and take blood (to see if I would need a blood transfusion ... I didn't).

I was released this morning.  I had to fill a bunch of prescriptions at the pharmacy ... extra strength Tylenol and morphine for when I'm in pain (so far, I'm not) and Dalteparin syringes (I have to use for a month to prevent blood clots).

No heavy lifting, pools, baths, etc. for six weeks.  I'm working from home for the next three weeks and have had any meetings and work travel I'd had scheduled covered and/or postponed.  I go back to see my gyno in six weeks.

Thank you to Dr. Shore and her surgical team and the staff on the 15th floor at St. Mike's for taking such good care of me!
By Teena in Toronto at 5:07 pm
Email ThisBlogThis!Share to TwitterShare to FacebookShare to Pinterest

Get well soon. I've been wrestling with a similar issue in that department for the past couple of years. Had another biopsy in October. Take care and feel better.

My sister went through this five years ago. Hope you have a good recovery. The future is good. 😁