Gord and I went to the Toronto Blue Jays game this afternoon.  The Detroit Tigers were in town this weekend for four games.  We went to the first game, which was the home opener.  Today is Gord's birthday and I thought it would be a fun way to spend it as he's a big Blue Jays fan.

It started snowing last night (what?!) and continued until later today ... having a closed dome today was a good thing! 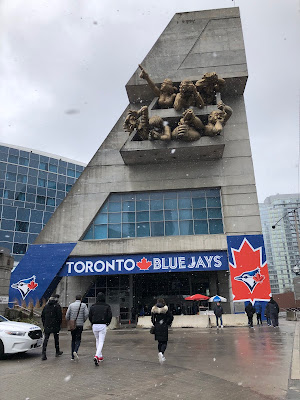 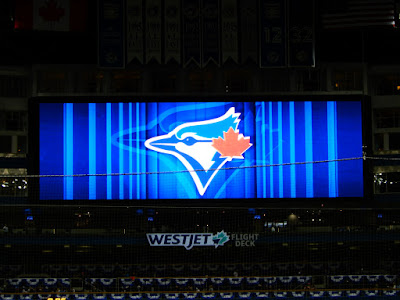 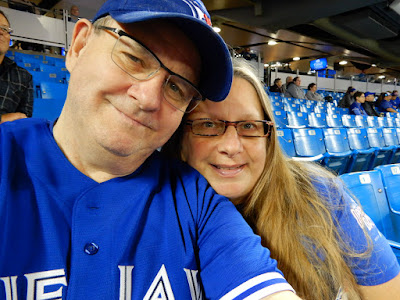 The managers of the two teams met with the umpires before the game. 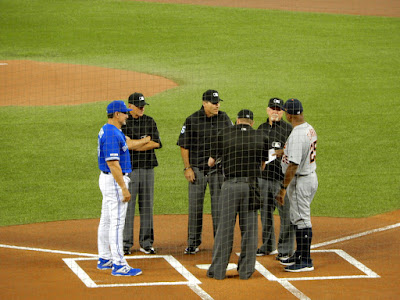 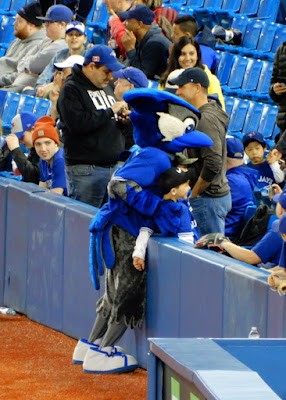 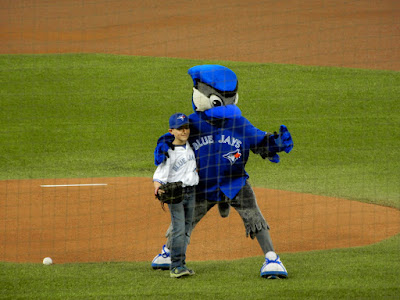 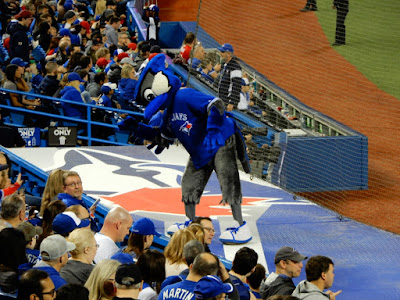 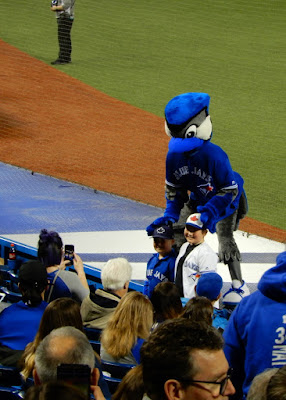 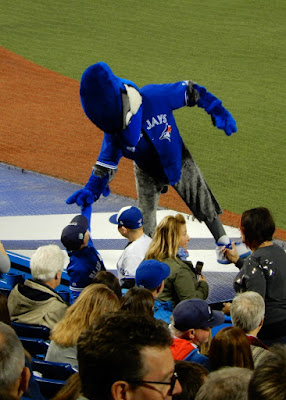 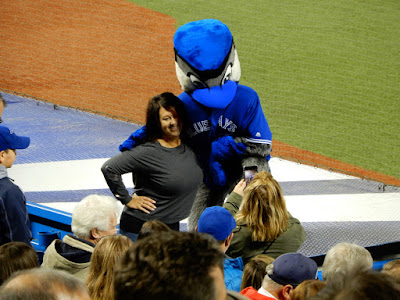 Trent Thornton was the Blue Jays' starting pitcher and the game began ... 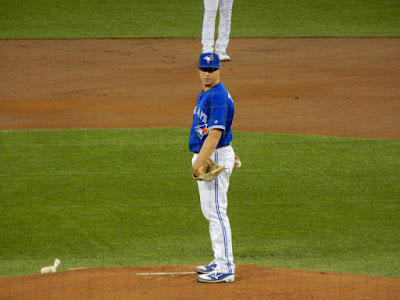 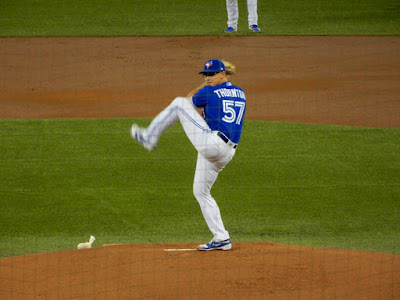 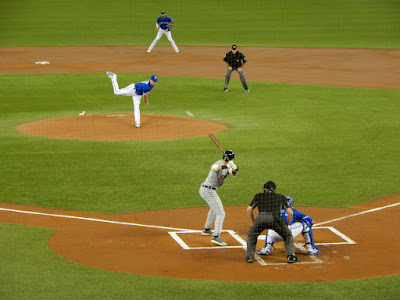 Here's the view from our seats in section 122. 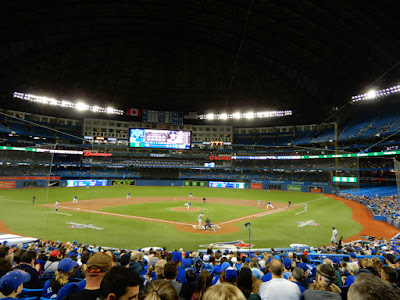 Here's the starting line-up for the Blue Jays. 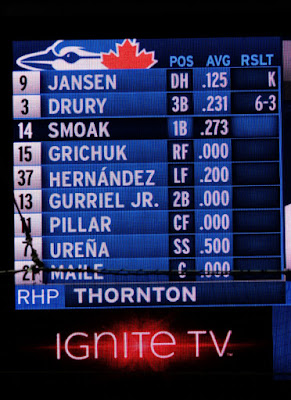 More of Ace working the crowd ... 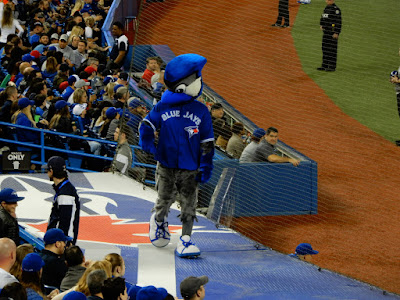 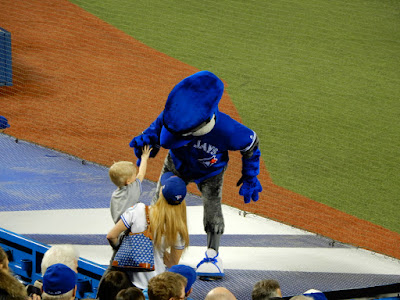 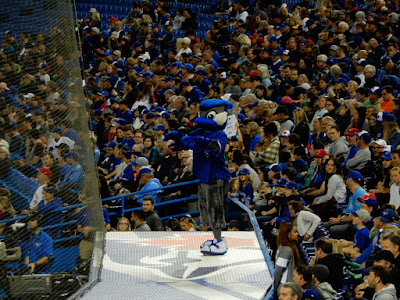 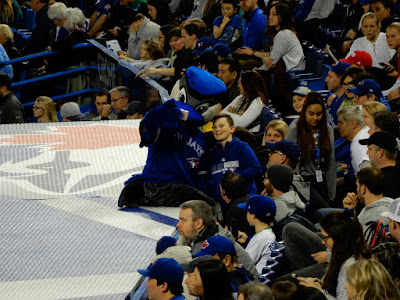 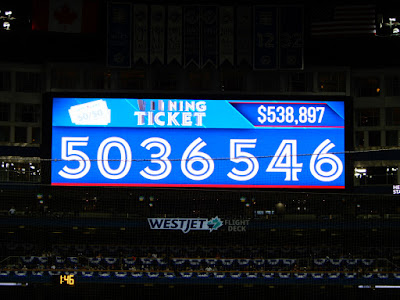 We bought our ticket on at Thursday's game ... alas, we didn't win. 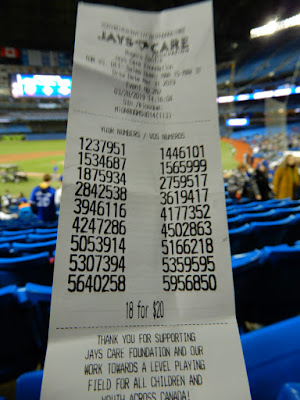 The game went into a couple extra innings and Detroit won it in the eleventh inning. 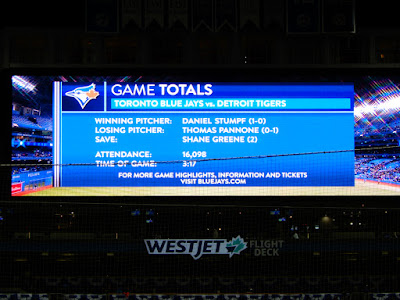 By Teena in Toronto at 4:30 pm
Email ThisBlogThis!Share to TwitterShare to FacebookShare to Pinterest
Label(s): Toronto Blue Jays

I guess summer is near. Glad you enjoyed the game.