Before the Toronto Rock game this evening, Gord and I had supper at Kellys Landing Bar Grill Hub (York Street/Front Street). 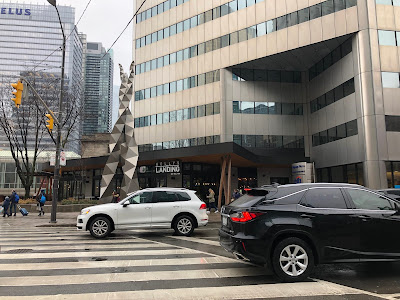 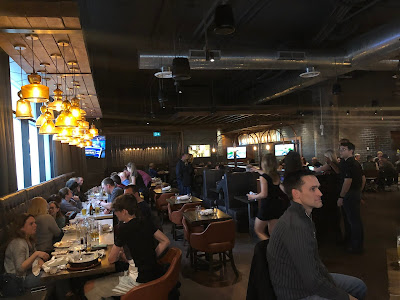 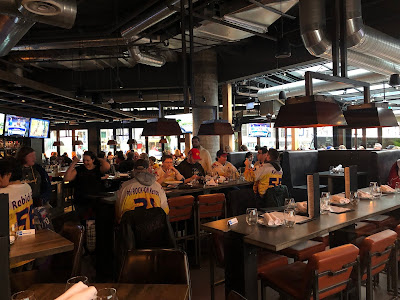 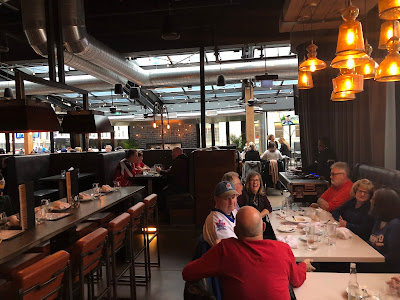 Tomorrow's Gord's birthday and what he didn't know was that I had purchased the birthday package for the Rock game for him (it comes with ten tickets) and invited nine friends (he's known some of the guys for almost sixty years!) who were meeting us at Kellys beforehand.  Surprise!!  I had made the reservation in January.  Unfortunately when we arrived the reservation couldn't be found ... fortunately they were able to find a table for us.

His friends brought him gifts. 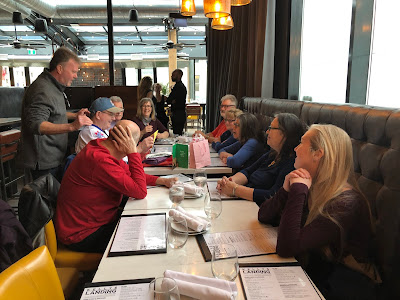 I ordered Maple Cider Half Chicken (minus the veggies).  I've had it before there and had liked it.  This evening it was just okay ... I found the chicken was a bit overdone as were the potatoes. 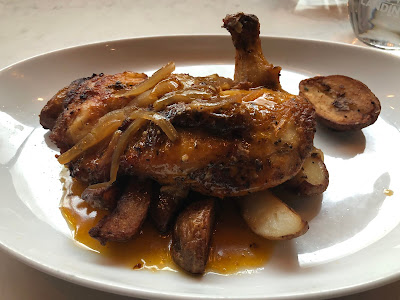 Christina, our server, brought a couple birthday desserts ... Gord's had a sparkler.  And we sang Happy Birthday to him. 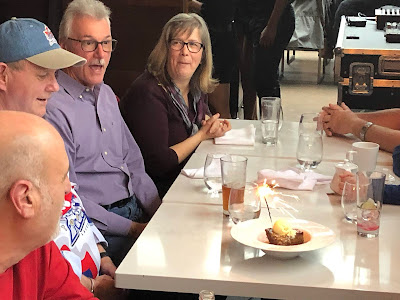 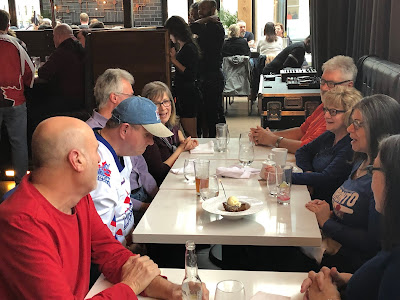 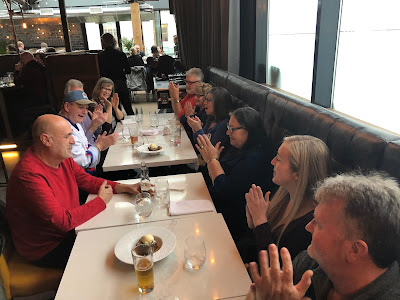 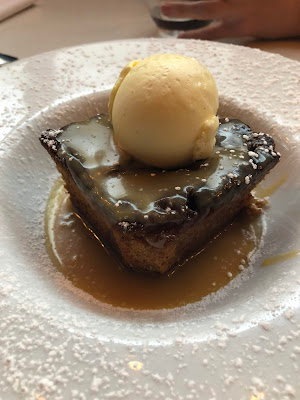 Christina was friendly and took good care of us.

By Teena in Toronto at 6:00 pm
Email ThisBlogThis!Share to TwitterShare to FacebookShare to Pinterest
Label(s): Kellys Landing Bar Grill Hub Toronto ON