Book ~ "The Art of Being Bill: Bill Murray and the Many Faces of Awesome" (2018) Ezra Croft and Jennifer Raiser 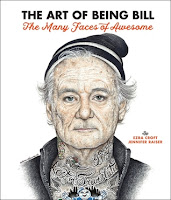 From Goodreads ~ "The Art of Being Bill" is the first illustrated collection highlighting Bill Murray like you’ve never seen him before: Bill Murray at The Last Supper, Bill Murray as an Indian god and nearly 150 other fitting tributes that will amuse and inspire you.

Are you Murray obsessed?What better way to celebrate all that is Bill Murray than through art? Bill Murray art shows have been popping up across the country. Join in the celebration with "The Art of Being Bill".

Just like Murray himself, the artwork in "The Art of Being Bill" is both poignant and funny, with over 100 artworks, including details about each piece; inspired quotes; and his incredible film history. This is the ultimate gift book for the Murray addict and art lover in your life.

The Art of Being Bill is a unique book about Bill Murray.  Croft is a Bill Murray superfan.  He's seen all of his movies many times.  Murray has inspired artists to create their interpretations of him and a couple years ago Croft started putting together Bill Murray art shows, with artists selling their works.  This book is for anyone who wasn't able to attend an art show.

There are a couple parts to this book.  One is the full-colour artwork (including paintings, tattoos, etc.) and it's grouped in chapters according to the personalities that define Bill Murray ... the jester, the thinker, the intense and so on.  Included are tidbits of information.  For example, Murray once shot a short promotional video for his son's school where he ad-libbed with nearby stuffed animals. 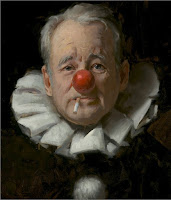 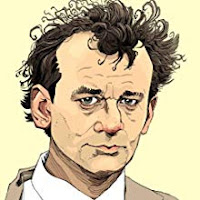 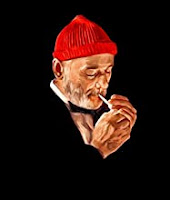 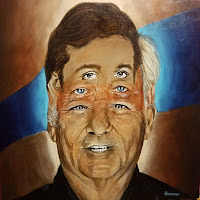 Raiser highlights many of the key moments in Murray's movie history from Meatballs in 1979 to The Jungle Book in 2016.  There is a one page description of the movie along with the movie poster, and "behind the scenes" information relating to the movie.  For example, with Meatballs, the cowriter/producer didn't know if Murray was even going to show up to shoot the movie three days before they were scheduled to start.

This is an interesting book if you are a Bill Murray fan (which I am).
By Teena in Toronto at 11:00 pm
Email ThisBlogThis!Share to TwitterShare to FacebookShare to Pinterest
Label(s): Books, Books - 2018, Ezra Croft, Jennifer Raiser, Published 2018